The Cult: Under The Midnight Sun [Album Review] 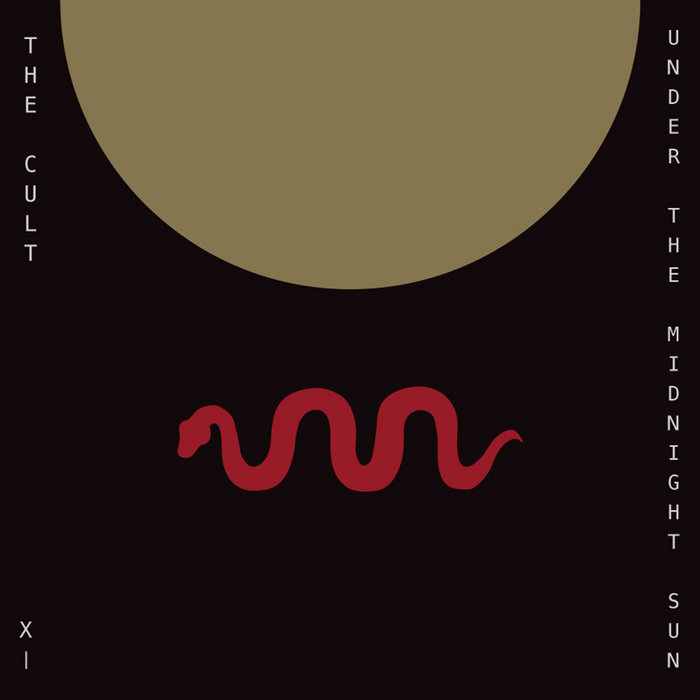 The Cult
Under The Midnight Sun
Black Hill Records [2022]

If they gave out rewards for perseverance, there’s no doubt that singer Ian Astbury and guitarist Billy Duffy on the long-running band The Cult would be major contenders. The band broke through commercially with their second album in 1985, Love, which included “She Sells Sanctuary,” one of the most memorable hard rock songs of that year. They followed with two strong albums that delivered more airplay hits in “Love Removal Machine” and “Fire Woman.” The band was clearly mining 70’s classic rock bands like Led Zeppelin, Asbury’s deeper voice resonating with the passion and nastiness of Jim Morrison of The Doors, while Duffy’s guitar sound echoed the overdriven guitar sound of metal giants like Jimmy Page and Ritchie Blackmore, laying down a road map for Guns ‘N’ Roses Slash to follow. But they embraced the mantle of hard rock saviors as alternative rock came into its own in the 80’s, beating grunge to the punch in the early 90’s, and won a strong following and a reputation for great live shows.

In a moment of rock critic genius, Parke Puterbaugh, reviewing the band’s 1989 release Sonic Temple for “Stereo Review,” after writing that The Cult “borrows its inspiration” from Led Zep, Queen, and the heroes of 70’s hard AOR rock, admitted that “there’s something perversely addictive about this music, with its upfront aggression and its slow-motion orgasms of drums and guitars building to a raunchy climax.” I miss rock critic writers who put it all out there, and he’s not wrong.

But to say the least, it’s been a hard-knocks life for The Cult, formed by Duffy and Astbury nearly 40 years ago in 1983 Bradford, West Yorkshire, England, the duo has survived two band break-ups, while going through more rhythm sections than need be named. The current line-up features drummer John Tempesta who came on board in 2006, keyboard and rhythm guitar player Damon Fox who joined in 2015, and new bassist Charlie Jones. The band had started to work on this, their 11th studio album, before the pandemic hit in 2020, the musicians recording in the Rockfield Studios in Wales, where The Cult had recorded their debut album, Astbury’s contributing his vocals remotely from L.A. Producer Tom Dalgety (Pixies, Ghost), maintains the band’s reliable hard rock sound, delivering all the punch that gives the songs their momentum, allowing Duffy’s screaming guitars and Astbury’s voice to ride high, the mix loud and in your face.

But songwriters Astbury and Duffy aren’t reinventing the wheel on the 8 tracks compiled here; the record opens with the driving rhythm of “Mirror,” solid drums and a big guitar sound, while they sing “we own the night,” followed by a chorus that proclaims “love, love, love.” “A Cut Inside” opens with ringing guitar chords, while the bass and drums fill in the open space with a rumbling groove, before everything syncs in a solid chorus, leaving room for a grand and glorious guitar solo from Duffy. And so it goes, reliably from track after track, engaging hard rock cliches with such a robust delivery that everything falls right into place, taking the listener along for the ride.

Smartly, there’s just enough change of pace to keep things from being too redundant. “Knife Through Butterfly Heart” softens the tone with a moving bassline intro, and Astbury taking his vocals down to mere whisper until things begin to build to the ultimate rock hook chorus and enough orchestrated drama designed to fuel one of Duffy’s finer solos. Another similar attempt, “Outer Heaven” ends up too cluttered, but the set closes with the title track which breaks out the strings over an acoustic guitar intro again with Astbury in metal ballad mode, which builds to strong effect.

The Cult’s hard rock/near metal vibe meshes nicely with the retro-Goth vibe that still fills concert arenas. In recent years, they’ve toured alongside Stone Temple Pilots, Bush, The Black Rebel Motorcycle Club, and Alice Cooper, which certainly there’s still a vital interest in hard rocking albums like Under the Midnight Sun, a solid reminder of why teenagers still love to rock even if their heroes are 60.