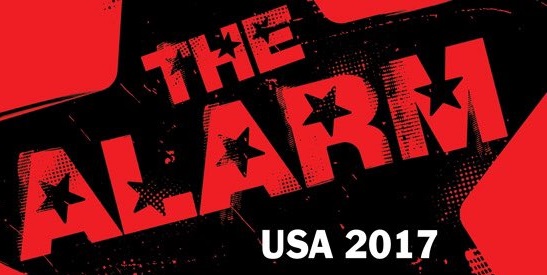 The Alarm: Music Box Supper Club; Cleveland, Ohio – August 27, 2017
The Alarm, led by original member Mike Peters, returned to the US for a tour that included a number of dates on Vans Warped tour, and a series of stand alone dates in cities that had befriended the Welsh band in its 80s and 90s heyday. Given the intimacy of the space, with tables where many had had dinner, Peters came out ready to relive the history of the band to the point of insisting that the full house in Cleveland not applaud when he re-entered the stage to play the first song he’d ever written for The Alarm, “Unsafe Building,” which he’d played for the first time to a nearly empty room. He followed that with a solo acoustic version of “Shout to the Devil,” before he was joined on stage by the rhythm section, drummer Steve “Smiley” Bernard and James Stevenson (Gene Loves Jezebel) on bass and electric guitar. 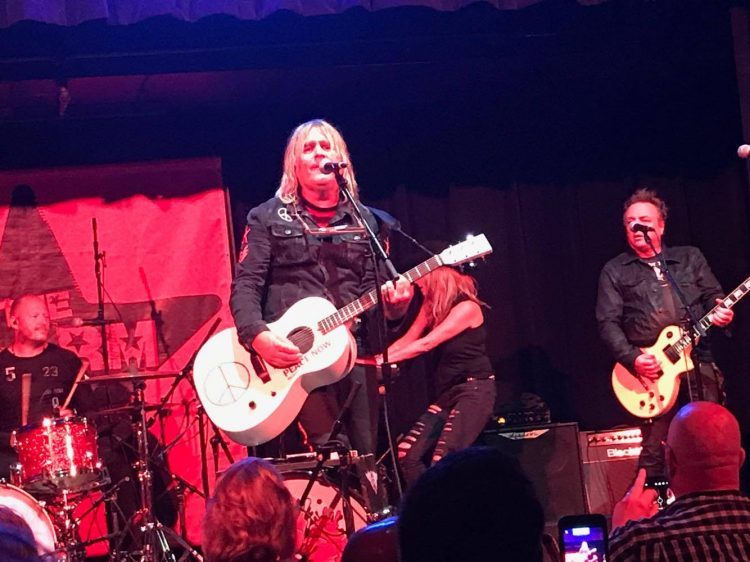 With the full trio on stage, Peter’s remembered the band’s earliest introduction to the US, opening for U2, with “The Stand” and “Declaration / Marching On” which recalled the band’s early martial beat and influences like The Clash. Peters recalled the band’s early performances in London on “The Top of the Pops” and encounters with bands like Echo & The Bunnymen and The Smiths, offering up impromptu imitations of singers Ian McCulloch and Morrisey. Now this all could have come off really corny, but Peters was so engaged in telling the story of his career, and honoring the people he’d met because of it, that it was both endearing and fun, and the band while certainly not delivering the loud, intensity from those early days when Dave Sharp’s acoustic guitar was rigged up with acoustic pick-up so that they gave strong, punchy support while Peters played rhythm on his acoustic, and occasionally blew a harmonica from the holder around his neck.
To introduced his wife, Jules, to play keyboards, as someone who’d stood by him for 29 years of marriage, 21 of which he’d been living with leukemia, and a year ago fought off a bout with breast cancer, before playing a solo version of “Walk Forever By My Side.” Then, she joined the band for a rousing version of “Absolute Reality,” one of the band’s early hits. Next, Peters told the story of seeing the Sex Pistols, which included a brief cover of “Anarchy in the UK,” and a brief encounter with Johnny Rotten back when he was just a teen, as an introduction to “Spirit of ’76.” He interrupted that song with a story about the film Vinyl, and a fake band called The Poppy Fields that was really just a new iteration of The Alarm, and played the single “45 RPM,” before falling back in to the conclusion of “Spirit of ’76.” 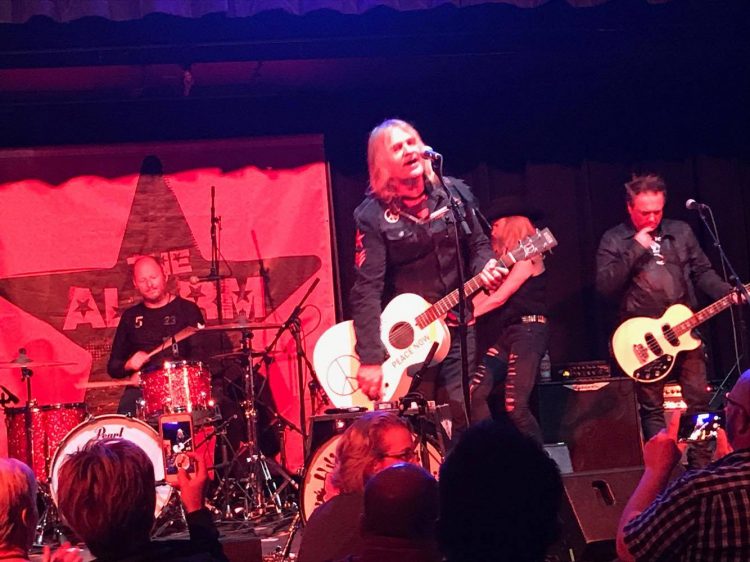 “Rescue Me” and “Rain in the Summertime,” proved to be so familiar that Peters had no trouble get the Supper Club audience to sing along. Next was a great story about singing “Knockin’ on Heaven’s Door” with Bob Dylan when the band opened for him on tour 1987, with his own fine rendition of the song. He followed that with “No Frontiers,” suggesting that he heard that melody in the air when standing next to Dylan, and believes that song was intended for him. The band’s biggest radio hit, “Sold Me Down the River” came next, with Peters using the call & response breaks to keep the audience in the mix. Finally he told the story of how the Alarm ended up playing a cover version of Neil Young’s “Rockin’ in the Free World” before Young’s album had even come out. And then they closed the set with a rousing version of “Blaze of Glory.”
Peters & Co., including Jules, encored with “68 Guns,” followed by the song “Strength,” which gave his charity foundation to fight cancer its name, “Love, Hope, and Strength.” He closed out the night with another gospel song anthem, “Two Rivers,” but not before advising his fans to give a quick DNA sample before leaving the venue, so they can continue to find bone marrow donors for people living with leukemia, as he does. On the tables and emblazoned on his trailer outside the venue was an ad for the movie, “The Man in the Camo Jacket,” which has enlisted a host of other rockers, including Billy Bragg, Glenn Tilbrook of Squeeze, Duff McKagan of Guns N’ Roses, and a host of others, to help him “Give Cancer the Boot.” 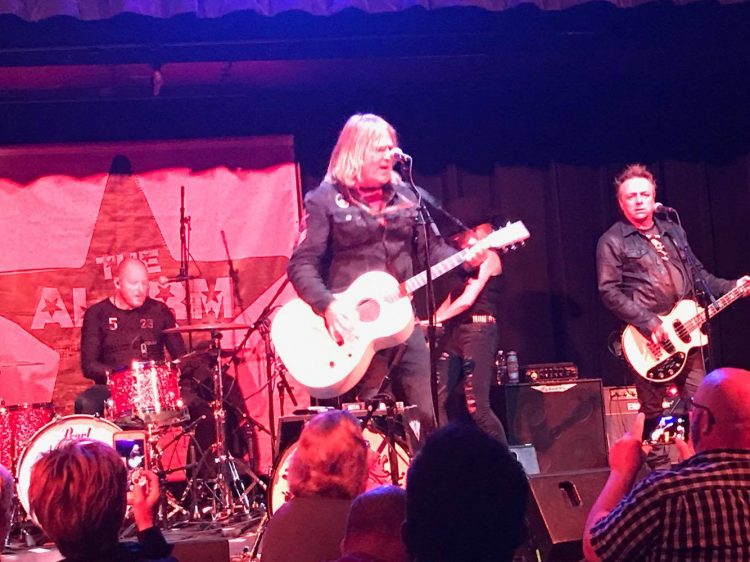 Peters has a big personality, and a big life, and a solid musical repertoire to celebrate. After all this time, it was good to be reintroduced to the story of The Alarm.
-Reviewed by Brian Q. Newcomb

Antibalas: Where The Gods Are In Peace (Coke Bottle Clear Vinyl | LTD Copies)