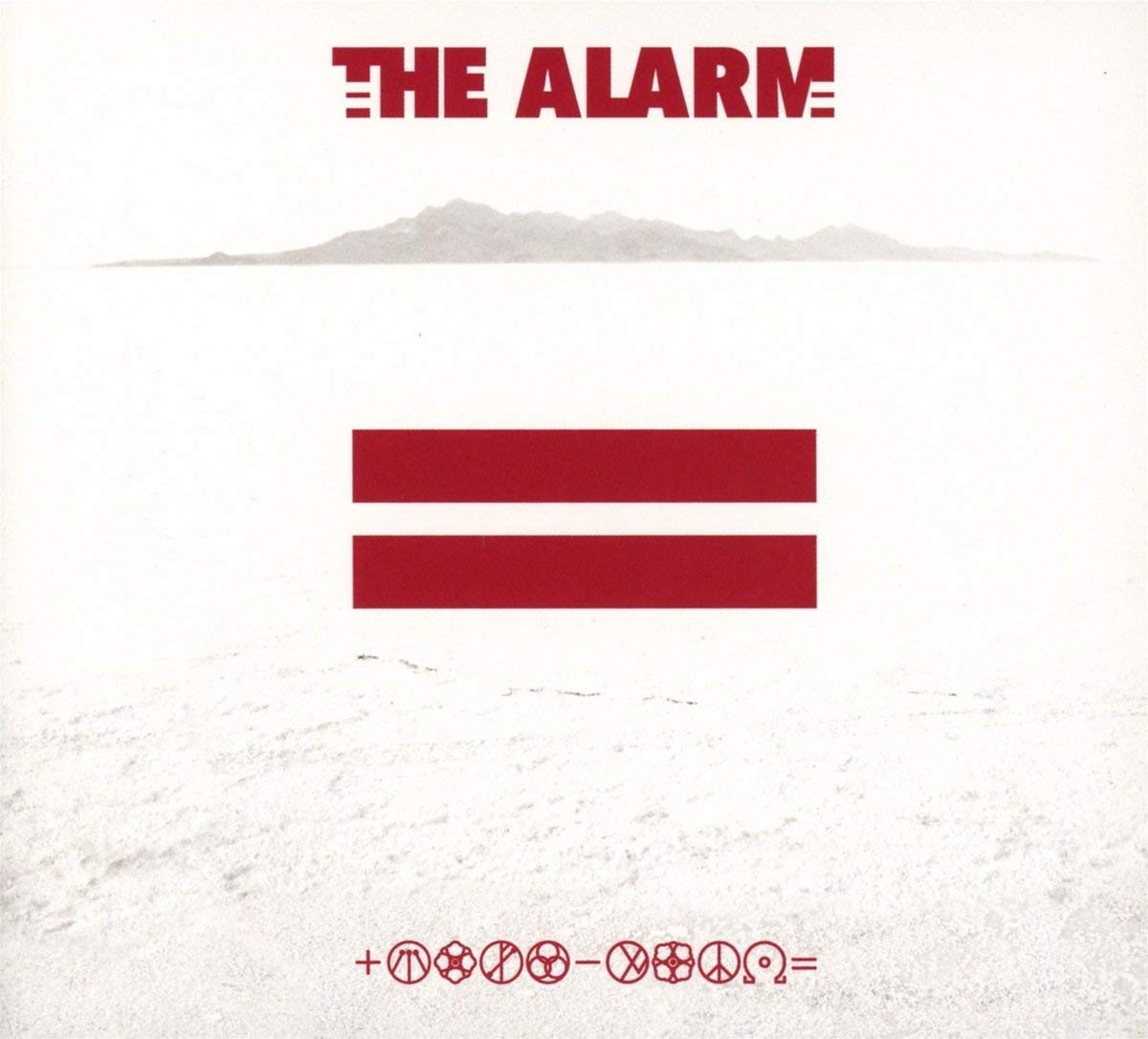 Fire Note Says: The Alarm unleash their guitars in high energy rock that pays tribute to the passion of their 80’s heyday.
Album Review: Late last summer, I eagerly prioritized catching the Welsh band, The Alarm’s US tour, which included joining the shows on the Vans Warped festival and a handful of headline shows in cities that had embraced the band in its 80’s heyday. Mike Peters, the band’s remaining original member and singer, used that Cleveland performance in a dinner club to tell his and the band’s history chronologically, playing the band’s hits and a few choice covers (You can find my review here: https://thefirenote.com/2017/09/01/the-alarm-usa-tour-2017-concert-review/). Peter’s regaled his fans with stories of forming the band after seeing a Sex Pistols show, touring opening for U2 and Bob Dylan, his personal struggle with cancer, and told how the band managed to play Neil Young’s “Rockin’ In the Free World” live before the writer had released it. But beyond that trip down memory lane with The Alarm’s music serving as a soundtrack, the two things that stood out in Peters’ and his band’s performance, was the delight he expressed in his music and life itself, having overcome a scary disease, and the passion with which he delivered his songs, old and new.
Less than a year later, we receive an album of new material, and that passion and sense of delight are just as obvious in these 11 songs, starting out with opener and first single, “Two Rivers,” with it’s “Carpe diem,” (Seize the day) theme. The bouncing keyboard backbeat recalls the 80’s, and a funky R&B guitar shows up briefly, but when the big rock power chords come in and Peters’ gets to the “oh, oh, oh” chorus you’re more than likely thinking of U2’s stadium rock sound from the late 80s, but it’s a connection Peters comes by honestly.
The Alarm these day, tends to be Peters and who ever is on stage with him, but for all of the 2000’s James Stevenson has played the role of Dave Sharp, the band’s original lead guitarist. Together, on “Equals” Peters and Stevenson keep the energy level high with relentless power chords and aggressive acoustics. The Cult’s guitarist, Billy Duffy, sits in on rocker “Coming Backwards,” but the rhythm section of bassist Craig Adams and drummer Steve “Smiley” Barnard, sets an up-tempo, high-energy pace. That commitment to keep things moving at a crisp pace reflects Peters commitment to avoid sliding into an “oldie, but goodies” cliché. There’s plenty of classic rock substance on display, but the smart keyboard programming and the pace aims at receiving a fresh reception.
But the themes rarely drift too far from “peace, love & understanding,” not that there’s anything funny about that. “Peace Now” finds Peters responding to Pink Floyd’s “The Wall” with the backing choir’s insistent that they are “not just another brick in the wall,” while Peters argues for a world where we all can do better than just get along. Peters adds a hot harmonica solo before insisting in the song’s closing lines that there are “no guitars in the war machine.”
On the other hand, “Cenotaph” (the word refers to monuments to deceased soldiers) warns that if you want peace you’ll have to “prepare for war.” “Transatlantic” acknowledges diverse commitments to all that is “Beautiful,” while Peters and company, like Switzerland, strive to remain “Neutral” in a contentious political climate. But again and again, it’s the driving guitars, and Peters big voiced vocal hooks that drive these songs through any sense of pretense or preachiness with compelling, engaging rock & roll.
It was over 30 years ago, that the four Welsh teenagers walked on stage with hair spiked high, and acoustic guitars turned up to 11, and introduced themselves to the world with “The Stand,” the single from their first EP. All these years later, the guitars, that passion and sense of delight that infuses Peters’ music and the connections it creates, is what keeps the music of The Alarm on track, and worth your time and attention.
Key Tracks: “Two Rivers” / “Coming Backwards” / “Peace Now”
Artists With Similar Fire: U2 / Neil Young / Big Country
The Alarm Website
The Alarm Facebook
– Reviewed by Brian Q. Newcomb