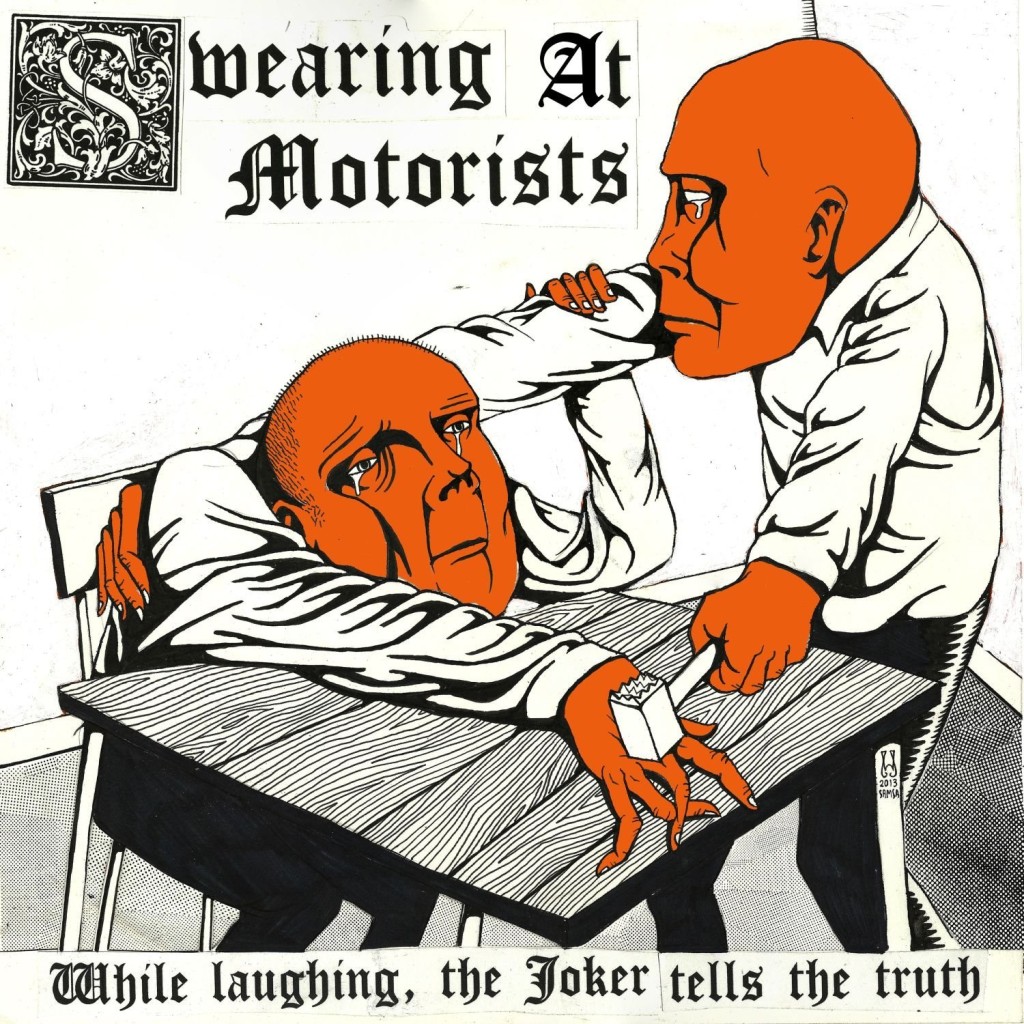 Fire Note Says: A welcomed return for Swearing at Motorists.
Album Review: If you know your Dayton, Ohio indie folklore then Swearing at Motorists should already be in your memory bank. The band has family tree history with fellow Daytonians Guided By Voices and in the early days called the Gem City their base camp. In these later years, the former Secretly Canadian mainstay has resurfaced in Hamburg, Germany as founder Dave Doughman explains that the birth of his son in 2007 was a primary reason for taking a break and Jason Molina’s death last year struck his nerve to return here in 2014 with, While Laughing The Joker Tells The Truth, a full length of all new material.
From the very first tracks you feel like Swearing at Motorists never went away. The 35 second opener, “I Don’t Need Anyone,” is a familiar simple harmonic minimal lyric track that sets up the grinding “Groundhog Day (Damn The Piper)” that features a very catchy layered vocal with its straightforward drumming. That is what I always liked about Swearing at Motorists was their ability to offer the GBV like short tracks but with less instruments. This stripped down structure is back on While Laughing, The Joker Tells The Truth as you can just envision two guys in an old school smoky bar playing out this entire record. The acoustic driven “17th Last Cigarette (Thinkin’ Bout Drinkin’)” is an instant reminder of Swearing at Motorists best qualities of how Doughman can keep repeating a chorus to drive home his point. At other times, songs like “Academy Award for Best in a Supporting Role” up the rock quota with its strong electric riff even though the song only lasts for 1:13. On the more fleshed out “Great Actress,” Doughman creates a large spiraling music canvas that sounds bigger and much different from the band’s previous material which is nice to hear the growth. 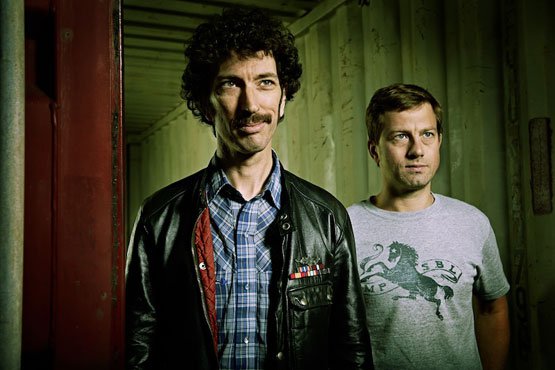 While Laughing, The Joker Tells The Truth marks a solid return to the scene for Swearing at Motorists and is a record that gets better with each spin. The key is that While Laughing does not require you to know their back catalog to enjoy it. The record has plenty of honest songwriting and a nice balance of tempos which enhances the listening experience. It is great to hear Swearing at Motorists back after eight years and hopefully this record marks a new creative period for the band and this album only readies you for more!
Key Tracks: “Groundhog Day (Damn The Piper)” / “Great Actress” / “Academy Award for Best in a Supporting Role”
Artists With Similar Fire: Guided By Voices / Built To Spill / Marmoset