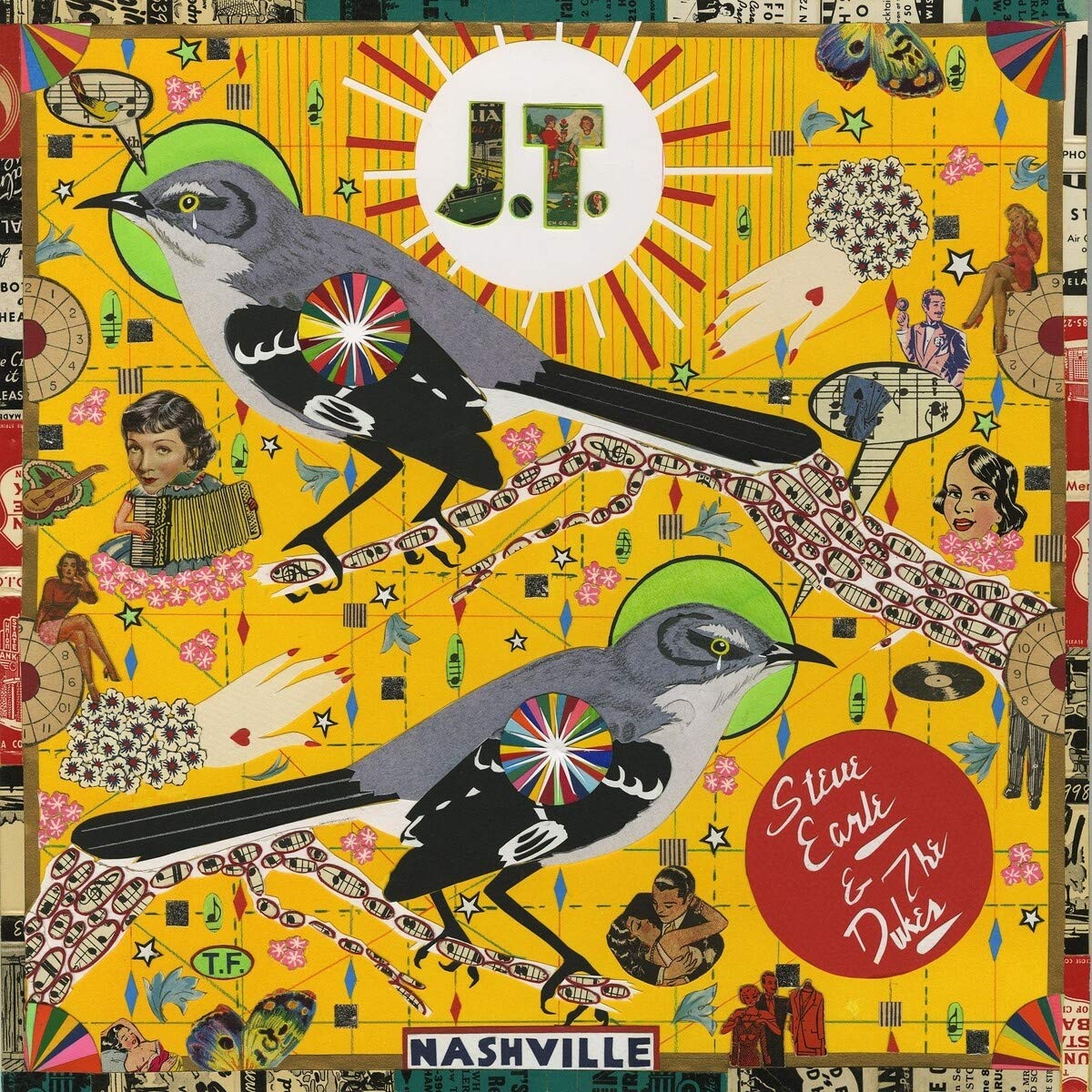 Steve Earle, one of the founding fathers of Outlaw Country and Americana, has gotten awfully good at something he likely never hoped to be known for. Especially this time. Back in 2009, Earle released Townes, a tribute to his friend and mentor, Townes Van Zandt, who had died over a decade earlier. Such was Earle’s appreciation and respect for Van Zandt that he named one of his sons, Justin Townes Earle. In 2019, Earle released Guy, this time a tribute to the songs of Nashville songwriting hero, Guy Clark, recording just a couple years after Clark’s death. It may go without saying that Steve Earle never wanted to be in the situation where he felt the need to record a tribute album containing the songs of his son, Justin, who died unexpectedly in August from what has been described as an accidental overdose, but what else was he going to do?

Justin Townes Earle went solo after playing with a couple of bands in Nashville, releasing a 6-song debut in 2007, and went on to make 8 full-length albums, including 2019’s The Saint of Lost Causes. Growing up in the shadow of his father’s career, Justin came by his interest in folk, blues, and old-school country honestly, bringing his own take that revealed the influence of Nirvana’s Kurt Cobain and a unique finger-picking style. It’s always better, as a general principle, to go to the source, hear the original songwriter’s intentions for their often personal expressions, but a smartly conceived cover can bring new insights and a fresh perspective. As with Steve Earle’s previous work on Townes and Guy, this is clearly a labor of love that respects the writer’s vision, while celebrating the music’s vitality and poignance. All the profits from this project have been designated to create a trust fund for Justin’s 3-year-old daughter Etta St. James Earle.

While the context that led to this recording is plenty sad, J.T. is not a maudlin affair in the least. Earle and his seasoned band of professional players in the Dukes bring a lively hoedown urgency to rollicking tracks like “I Don’t Care,” “Ain’t Glad I’m Leaving,” “Harlem River Blues,” and “They Killed John Henry.” Steve has admitted that he was jealous that his son had written a John Henry song before he did, inspiring him to write “John Henry Was A Steel Driving Man,” which appeared on last year’s Ghosts of West Virginia. A long-time favorites “Maria” and “Lone Pine Hill” lean more to the rockier side of country music, while “Champagne Corolla” has a rockabilly feel.

The elder Earle wisely avoids the emotional minefield of some of his son’s more pointed songs about family-life and its failings, staying away entirely from Justin’s “Single Mothers” and “Absent Fathers” albums, while drawing four songs from his son’s early release, “The Good Life.” But the disc does tap most of the remaining era’s in the younger Earle’s too short career, including tender takes on some of his bluer ballads, “Far Away In Another Town,” “The Saint of Lost Causes,” and “When I Turn Out My Lights.” “Last Words” closes out the album, Steve singing his own song of farewell to the son he says he loved more than anything else in this world, recalling the last time the two spoke on the telephone, saying “I love you” just hours prior to Justin’s death. A lovely tribute.

J.T. was released digitally on January 4th, which would have been Justin Townes Earle’s 39th birthday, with physical copies promised to be available in March. In this year of the pandemic too many are losing loved ones, Steve Earle has learned the hard way that you can’t avoid the reality of grief, you can only work your way through it, as he does here without succumbing to emotional manipulation or unnecessary drama or any sign of sentimentality that rings false. Like any father would, he celebrates the gifts and life of his son in the only way he knows how, and the result is honest, redemptive and pleasing.

Fire Track: Lucero – “Back In Ohio”