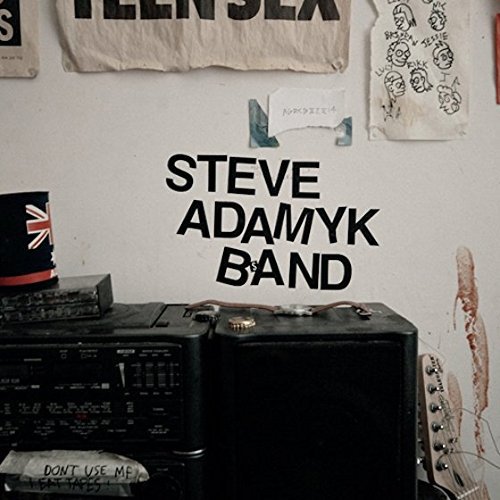 Fire Drill Album Review: Time and time again the Steve Adamyk Band comes out swinging from the great power pop punk land of Canada. Graceland is the groups fifth LP since 2010 and it is easily one of the band’s catchiest. Adamyk had been on a hot streak up until 2014’s Dial Tone, which I felt took a small step back. It just was not as crisp or sharp as the previous two albums. It was not a bad record but it just didn’t bring it Steve Adamyk Band style. Graceland finds Adamyk back at the top of his game as he is joined by Colleen Green and Mike Krol helping out on vocals, while members of Sonic Avenues add punk depth to the band sound.
All of this goes nowhere if you don’t have the songs to back it up but no worries as “Swallow You Whole” has big sing along moments in the repetitive chorus as “Carry On” brings the same celebratory vibe to it with Green’s female vocals standing out in the mix. The other big difference I hear along the way on Graceland is that Adamyk no longer needs to crank at a punk speed through all his songs. This more laid back approach allows some songs to simmer like “Broken Arms” that has nice subtle breaks in the music and lyrics. The over five-minute closing track combo of “She’s On My Mind” and “Heyday” finds the first part with a memorable chorus and harmonizing vocals while the synths pulsing through tie both of the songs together as the album comes to a conclusion. If you are a fan of pop punk and wish it never disappeared from radio, then the Steve Adamyk Band is for you. The guitar, the sing along moments and smart shift changing tempos will not only pull you in but have you hitting repeat quickly.