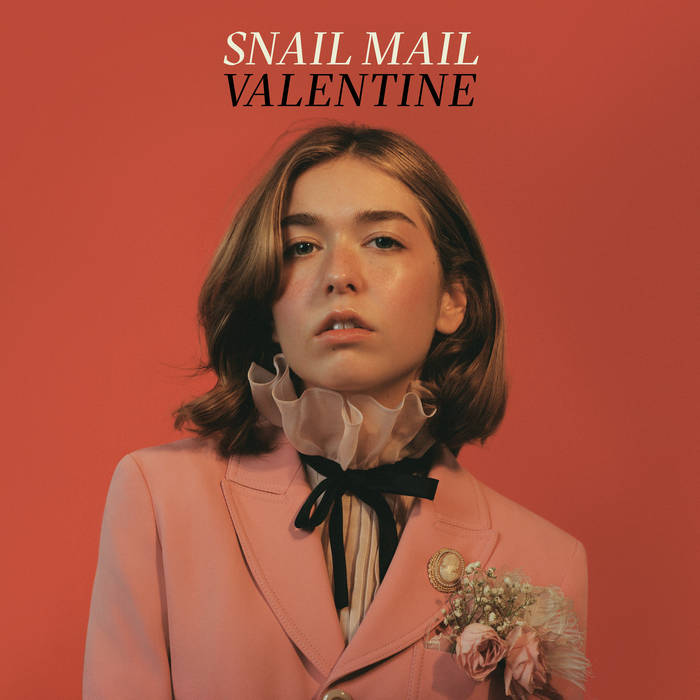 As the “best of year” lists – here at The Fire Note, and everywhere music fans and music critics connect – 2021 may have been a rough year due to the pandemic, but it was a great year for new music. At year’s end we saw a flurry of new releases, and some, like this sophomore full-length release by Snail Mail, warrant our attention before we turn whole-heartedly toward what the new year has to offer.

Lindsey Jordan, singer/songwriter and the creative center of Snail Mail, released her first EP’s in her mid-teens, and released her label debut, Lush, before turning 20. The album opens with the title track first single, which starts off quietly, all plaintive and subtle before exploding into the chorus’ kick-ass melodic hook around the words “So why’d you wanna erase me, darling Valentine?” It’s a measured take on the soft/loud paradigm perfected on recordings by Nirvana, suggesting that all that guitar rock goddess promise from Snail Mail’s debut has both staying power and a clear direction for future creative growth and development.

Jordan’s guitars are still central to much of her songwriting, but she’s incorporated a variety of synths, and smart, sonic grooves to add variety and nuance to her more reflective lyrics. “Ben Franklin,” the second single, busts out with a big bass bottom with floaty synths filling the airy space, Jordan’s pensive vocal in the middle, eventually supported by her rhythm guitar. While the song never mentions the founding Father, Jordan does admit that “Post-rehab, I’ve been feeling so small,” emotions she transcends in the song’s video where she dances freeform around a living room. In “Light Blue,” rooted in her finger-picked acoustic guitar, Jordan transforms a love song to a romantic interest into a forceful personal declaration that “Nothing’s gonna stop me now/I’m not going back.”

In “Madonna,” Jordan mixes soft/loud again to strong effect, using religious imagery to describe how we often put the objects of our affection of pedestals, a theme she returns to in “Glory,” a more conventional guitar rocker more reminiscent of her first full-length album. Several quieter tracks here echo the more reflective acoustic tone of “Light Blue,” with “c. et. al.” and “Mia” exploring the sadder emotions that surround lost love, and the inevitable fact that “I’ve gotta grow up now.” But between the bigger, bolder rock moments, and the quieter more reflective tracks, Snail Mail finds balance between “so much destruction” and the hope of “You and I/Like a ship forever sailing,” in the mid-tempo pop rock vibe of “Forever (Sailing),” which suggests that we can walk through the darker valleys in the light of each morrow’s new day.

Jordan writes from a deep, personal place about her life that communicates a more common, universal sense of longing, while displaying the kind of musical growth and depth to suggest we can expect a lot more from this young, creative force. Valentine avoids the traditional sophomore album slump by not merely trying to take what’s worked for Jordan in the past and making it bigger, but exceeded expectations by going further and deeper. Snail Mail delivers.