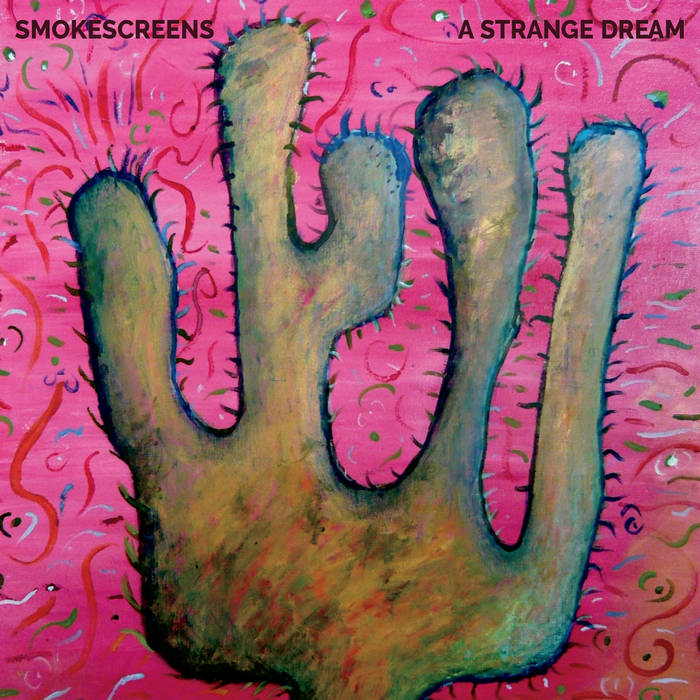 You would never guess that the Smokescreens are from Los Angeles because their tender sounding classic indie pop is right from the pages of bands like The Chills and The Bats on New Zealand’s Flying Nun label. Smokescreens have all the pieces with an acoustic and electric guitar blend, upfront and clean vocals with some harmonies and both upbeat and ballad like tempos that switch gears effortlessly.

A Strange Dream is the groups third long player and what I would call their most accomplished sound. Their last album, Used To Yesterday (2018), was a bit more indie rock as the guitars were more prominent but now they create a softer overall soundscape. It also probably helps that A Strange Dream was produced by David Kilgour of The Clean, so having him behind the boards for sure had an influence. Smokescreens were already moving in this direction but the lush landing of the chorus on “Working Title” and the intricate guitar lines that create the structure on the foot tapping “On And On,” are several standout highlights of how the band has progressed.

It’s hard not to hear Smokescreens and think they are not an older group. This retro sound is actually much harder to recreate, so the fact that it is so organic for Smokescreens says something. A Strange Dream is only eight songs long and with a runtime of a tad over 24 minutes – it is short. This easily works to Smokescreens advantage because every tune on this album is concise and to the point. With that said, the album is a great listen and if you are like me and enjoy the Flying Nun sound – Smokescreens exit too soon here and leave you wanting more!