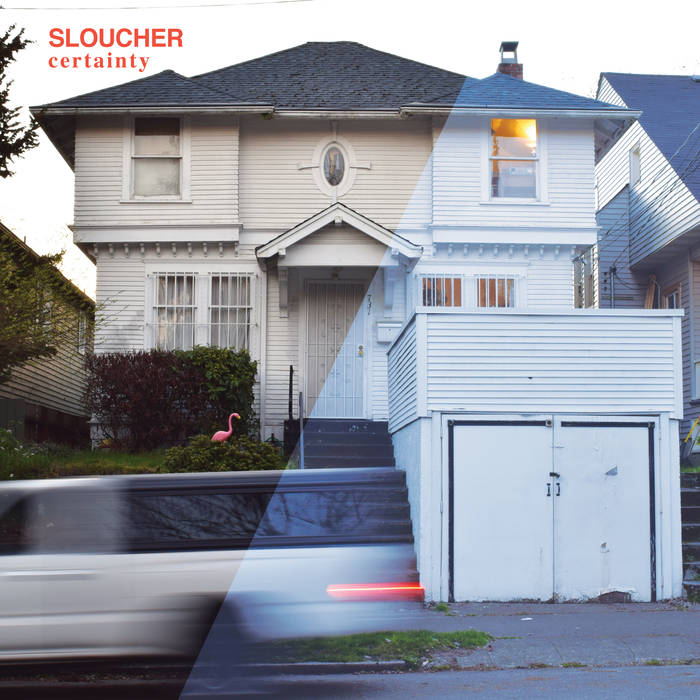 Who: After writing a batch of songs on his downtime as drummer in Cayucas and Hibou, Jay Clancy recruited guitarist Kyle Musselwhite (The Globes) and drummer Jack Hamrick to solidify Seattle’s Sloucher as a trio.
Sound: Is pop perfect guitar rock a description? It is for sure when talking about Sloucher, as they have the smooth vocals of a Death Cab, Rogue Wave or the Shins with instrument muscle of Failure and a 90’s era alt rock I have not heard in some time.
TFN Final Take: We always miss albums but that is why early January exists because it gives us a chance for penance. I would feel like, I alone, let down our indie rock loving readers if I didn’t shine attention on Sloucher’s debut 7 song mini-album Certainty. The album features Jay Clancy’s warm soft vocals that hit a perfect nostalgia cord while running with some current favorites such as Pinegrove and even Wilco. This slight twang to their songs are really an undertone as the real attraction to Certainty is how it balances having a very easy listening indie pop vibe with a really strong guitar structure. Each song runs the 3 to 4-minute range here, so Sloucher sets a mood that goes well above your initial thoughts based on their name as they give themselves plenty of time to evolve their tracks. Also, the innocence of this new band will suck you in as Clancy is typically behind a drum set. Sloucher echoes Elliott Smith’s time in Heatmiser which is a winning formula that works just as well in 2017.
Sloucher Website
Sloucher Facebook
Swoon Records
– Reviewed by Thomas Wilde