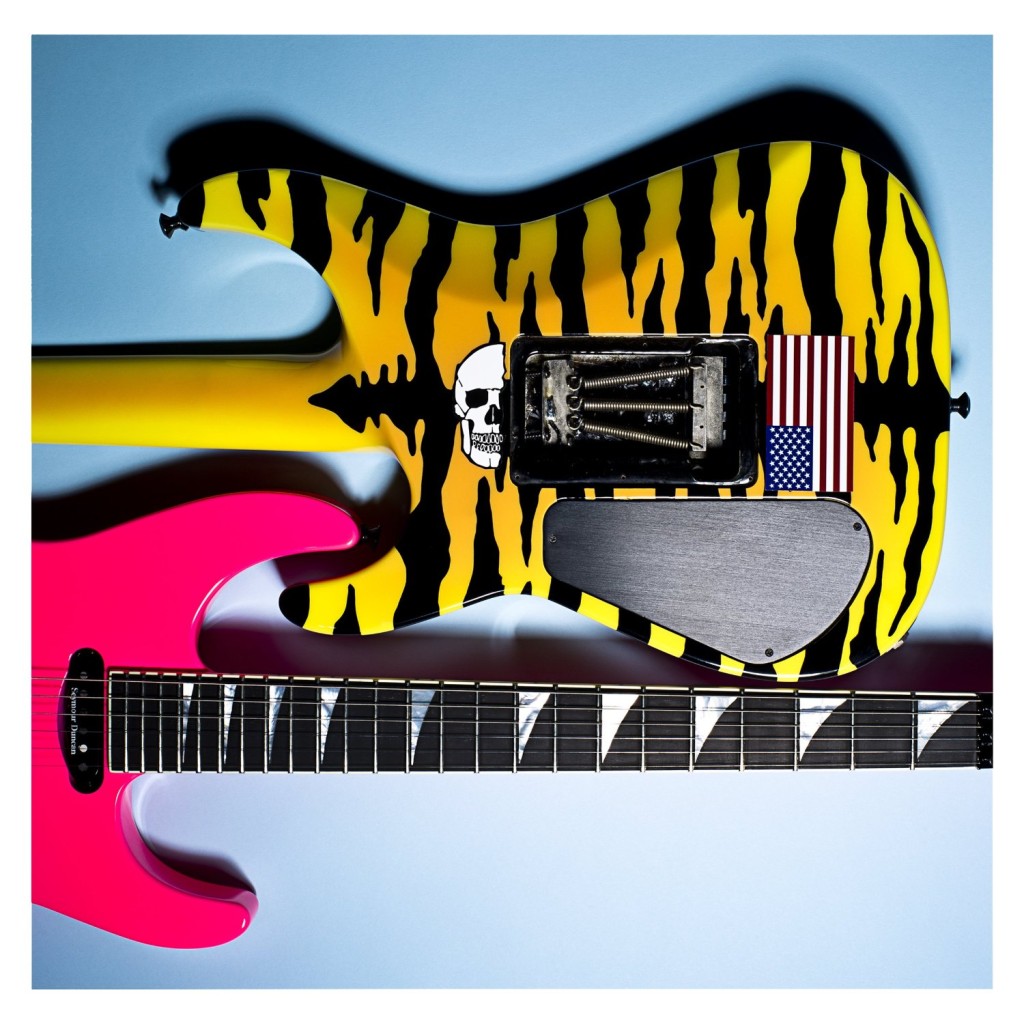 Fire Note Says: Sleigh Bells return with a flurry of noise pop endearments.
Album Review: As a listener it‘s sometimes hard to know what I want. Sleigh Bells surprised us all with 2010‘s unforgettable Treats. Guitars boomed, drums thundered, and vocals looped as they reached to the heavens. But “Comeback Kid,” the first single off 2012’s follow up Reign of Terror, made me think “enough is enough; too much Sleigh Bells might be a bad thing.” But, in doing so I thank myself because I’m fully ready to embrace Alexis Krauss (RubyBlue) and Derek E. Miller’s (Poison the Well) third offering, Bitter Rivals. This album is many things: it’s Godzilla completely trashing a night lit, neon bright Tokyo; it’s an air horn-loaded trash truck hijacked by cheerleaders; it’s an excuse to get twelve Marshall full stacks together; it’s a pair of bedazzled boxing gloves.
Bitter Rivals is a polite album as well—Alexis makes sure to welcome us with a shrill “HI!” only to let the claws come out. It’s not the title track that really captivated me about this album, though it did get me revved up. What stuck out to me was the Sleigh Bells’ use of pop on this album. Yes, you still get the shouts and brash volume that is expected with the duo, but a lot more care seems to be focused on Krauss’s voice. Her performances seem to focus on bigger moments and rising choral crescendos. Great examples of this can be found in the one-two punch of “Sugarcane” and follow up “Minnie.” The former’s beats fire off like cocked glocks, but Krauss’s smirk-ridden cool kill here as she shrugs off building chorus after chorus. “Minnie” bullies its way straight into your ear, booming forces competing with the blunt tell off “Minnie, Minnie, go count your pennies / I’m sorry to say that you don’t have many.” 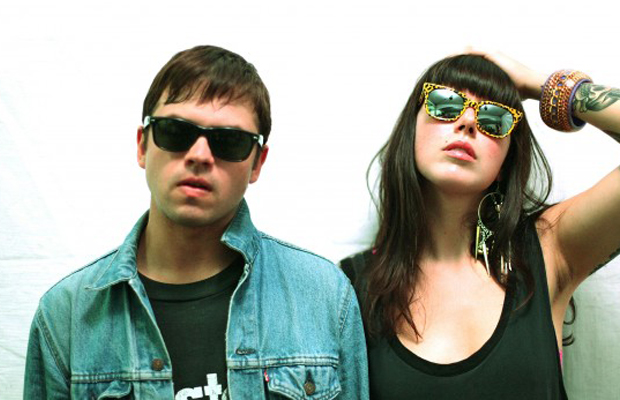 What also helped Bitter Rivals stick in my mind was its tactical play with endearment. The middle seems to sag a bit, with the repetitious themes of “Young Legends,” the humorous cutesy moos and clucks of “Tiger Kit,” and the terrified dreams of “You Don’t Get Me Twice.” The glittery, ballad stylings of “To Hell With You” don’t necessarily put the album back on track either, but just like the duo would want you to hope they may be down but they’re not out. “24” provides one of the most uplifting experiences on Bitter Rivals and reinvigorates the album’s pop momentum. Krauss’s rising, starry night vocals climb, climb, and climb, comparable to Brittany Spears, Lady Gaga, or maybe even Madonna. The same could be said for closer “Love Sick” and its rejection of thoughtful moments in exchange for jagged edges.
If you’re like me and had to take a break from 2012’s Reign of Terror, Bitter Rivals is a great place to jump back in. Volume and energy are definitely a propellant for this ammunition-stocked, armor-plated ice cream truck, but the dynamics make it seem like some care has been taken this time around. This is anti-pop for the unpopular—or for the hyper cool; whichever suits your fancy. Fans of the Sleigh Bells know what to expect with Bitter Rivals, But one thing is certain if you meet these rivals in the schoolyard: try and make friends, since before your know it you’ll be “Sending gummy bears to the electric chair.”
Key Tracks: “Sugarcane,” “Minnie,” “24”
Artists With Similar Fire: Pink / Purity Ring / Cults