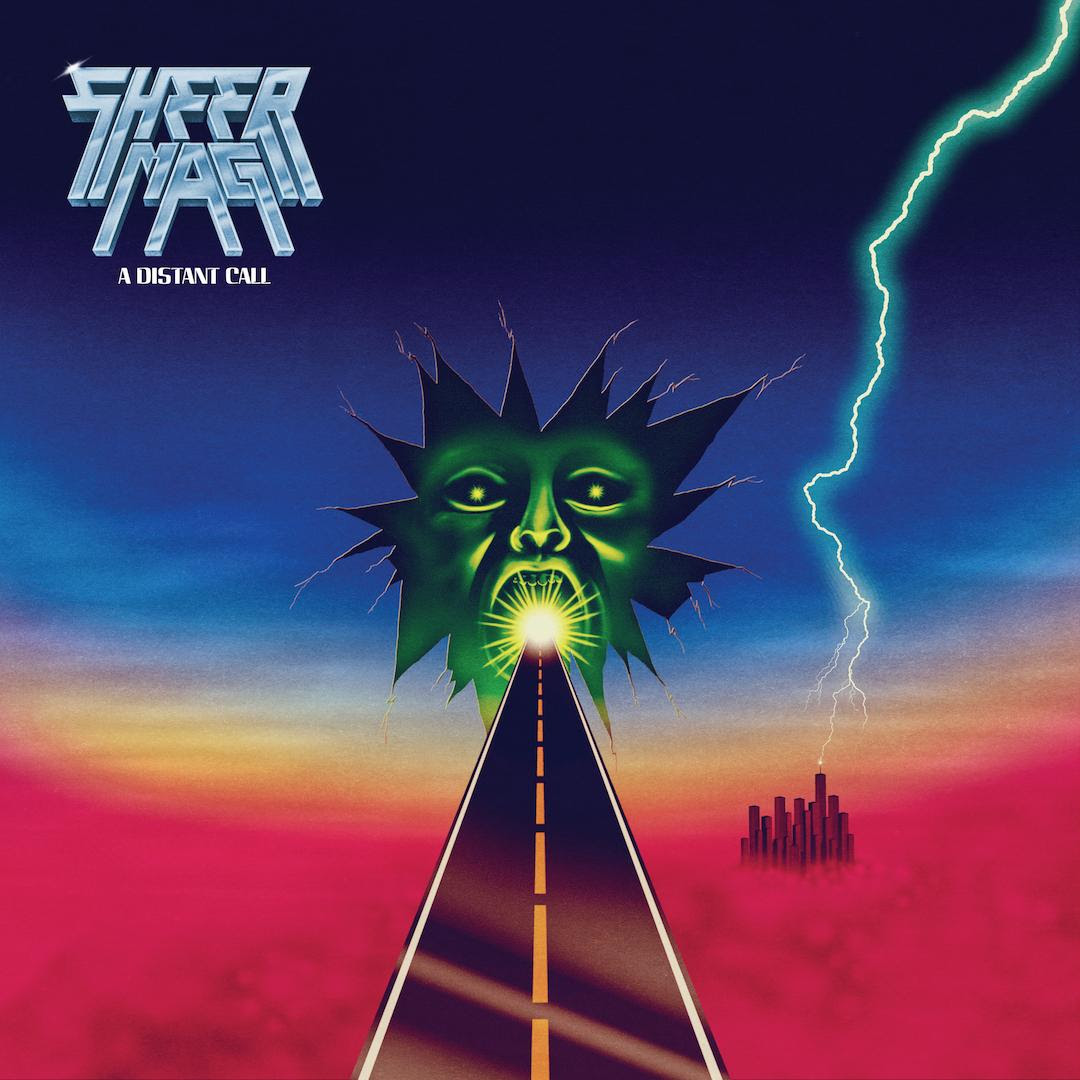 Album Review: Philadelphia indie-rockers Sheer Mag kick off their sophomore outing with a sonic blast from the past, with vocalist Tina Halladay offering a full throated 80’s metal scream to launch the retro sound of “Steel Sharpens Steel,” with a nod to Judas Priest. Elsewhere, they echo the iconic opening chords of Lou Reed’s “Sweet Jane” before guitarist Kyle Seely delivers the kind of double lead trickery of 70’s bands like Styx and Boston that pushes “Unfound Manifest” in a more original direction. “Silver Line” pushes off in more of a pop direction, but Halladay’s helium high vocals register full octaves about singers like Stevie Nicks of Shawn Colvin.
With A Distant Call, Sheer Mag punches out 10 solid tracks that thrive on the strengths of Halladay’s vocals and Seely’s wildly diverse lead guitar skills. The band is rounded out by Seely’s brother Hart on bass, and Matt Palmer on keyboards and rhythm guitars. While they show a natural inclination toward the tried and true rock formulas of 70’s and 80’s classic rock, they approach everything with an independent spirit and the kind of energy and creativity to reclaim these familiar sounds and progressions for themselves. Witness the big guitar rock thunder of “The Killer” and the punchy techno vibe of “Keep On Runnin’,” which appear to owe a nod of respect to Thin Lizzy and Golden Earring’s “Radar Love,” respectively.
Great bands often start out playing covers as a way to learn the ropes, then they write songs that sound like those covers on their way to coming fully into their own. With Sheer Mag one gets the sense of a highly talented live band that is on that road, but still leaning heavily on their influences as they are navigating the creative process. With A Distant Call, they’ve made a smart, fun record that offers new life to the sonic vibrations of a bygone generation.
Key Tracks: “Steel Sharpens Steel” / “The Killer” / “Keep On Runnin’”
Artists With Similar Fire: Cheap Trick / Pat Benatar / Styx
Sheer Mag Website
Sheer Mag Facebook
Wilsuns Recording Company
– Reviewed by Brian Q. Newcomb