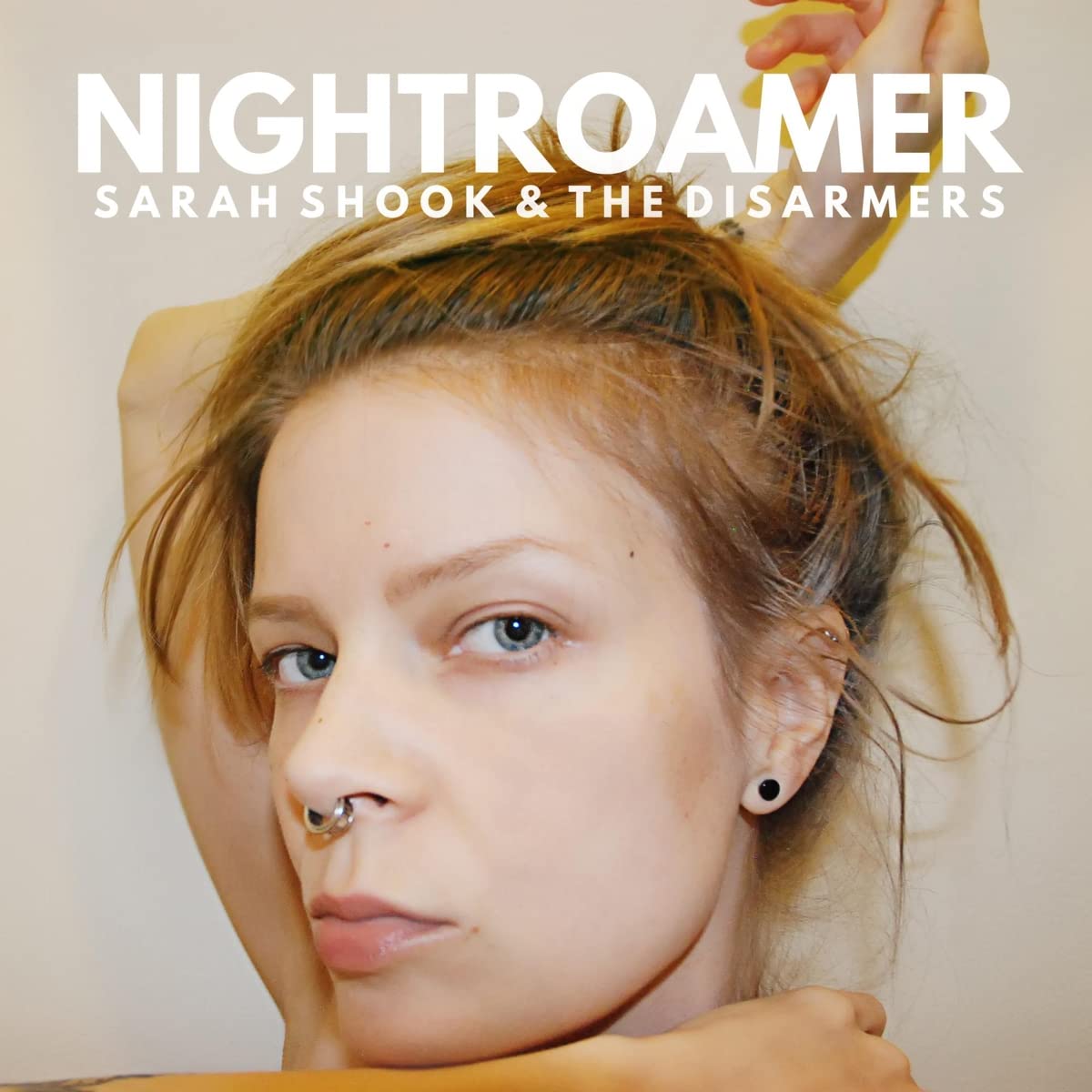 North Carolina’s Sarah Shook & The Disarmers return with their third album, actually recorded just prior to the pandemic, which along with the sale of Bloodshot Records, delayed the release. Out now, in time to hit the road where the band has won their strongest notices, Shook & Co. have expanded their solid take on country punk & honky-tonk with the help of producer Pete Anderson, who’s most closely associated with Dwight Yoakam, but has worked with Lucinda Williams, Michelle Shocked, Tanya Tucker and a host of others.

Shook, who’s out as a bisexual/non-binary, sings about escaping abusive relationships in the opening, “Somebody Else,” which feels like a keen mix of traditional Americana sounds, with Eric Peterson’s electric leads balanced alongside Phil Sullivan’s pedal steel, then in “Been Lovin’ You” they wish they didn’t always feel those emotions that keep a person holding on “for too long,” with occasional organ swells from Skip Edwards. In the throbbing traditional bluesy country rocker “If It’s Poison,” they wonder if love maybe is possible. The pedal steel is weeping on that one, but on the big country rock sound of “No Mistakes” it does the twangy heavy lifting, and its pure emotional syrup that fuels the album’s title track.

“The Devil on your shoulder friend,” sings Shook over an acoustic guitar rhythm on the country-fried take on the darker emotions and addictions that tend to follow, while “Please Be a Stranger” is a jaunty way to show an unwanted presence the door. “I Got This” finds Shook taking on power-pop with a catchy hook, while “Believer” is a melodic pop ballad up against the counter-balance of Will Rigby’s drums and Aaron Olivia’s bass, while the sweet guitars and pedal steel mingle with the backing vocal harmonies. Then “Talkin’ to Myself” is a big, punchy rocker that celebrates personal mental health through self-acceptance.

Nightroamer is a solid collection of songs from Sarah Shook & The Disarmers, a nice step up for the band’s third album, and as you might expect leaves listeners wondering how much better these fun, country rock pleasers would sound live.