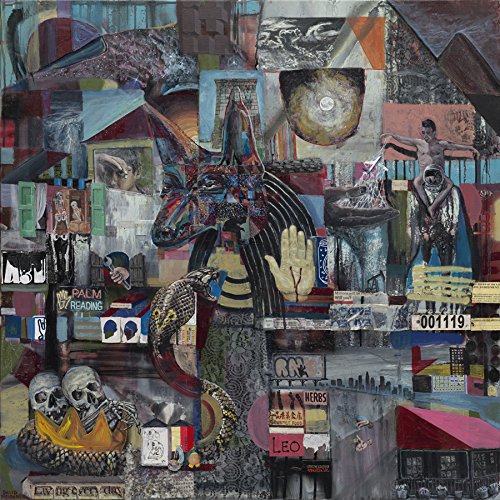 Fire Note Says: Rose Windows return for their sophomore and final album.
Album Review: For a band that will only put out two albums, the Rose Windows will always have a special place in my heart. Not only was their debut album, The Sun Dogs, one hell of an album, they were also my first interview. Another tie was that our editor-in-chief gifted me their debut Loser edition for the birth of my daughter Mallory. Closing in on two years for the Seattle sextet we now have their final self-titled album. It wasn’t intended to be a swan song, but it seems that some health problems have troubled the band after the recording. The Sun Dogs was epic, grand, and beautiful in several ways—a dash of Doors-like organ patterns here, some Sabbath style riffs there, and the cultural/musical influences of Native Americans, Persians, and Eastern Europeans. Their follow up Rose Windows tries to take hints from the Louisiana landscape that it was recorded in, a representation of New Orleans’ swampy riffage and Delta Blues.
It seems that among the nine tracks of Rose Windows, the group made a deliberate choice to hone the length. Gone are the six, seven, and nine-minute long tracks—but in the process they’ve eliminated a lot of the mystery that captivated me so much in their debut. That’s not to say that the tracks here aren’t strong, however. Side A bleaches your bones with the scorching “Bodhi Song,” while the first single “Glory, Glory” is a proto-metal punch of heavy drums and gnarly riffs. But neither of these is the best song on the album; that honor goes to third track, “Blind.” I have no problem naming “Blind” a top 10 track of 2015: the coordination achieved by the sextet is fantastic—it has to be heard to be believed. “Strip Mall Babylon” is another track that’s an easy favorite, its verses woven through flute and guitar, the chorus hitting hard like a chain gang working under the beating sun. 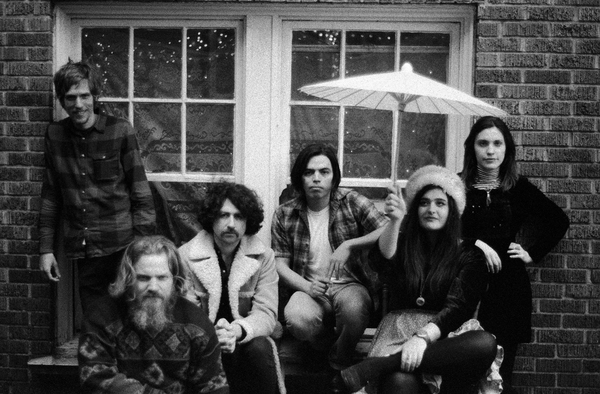 Unlike The Sun Dogs, Rose Windows finds its troubles in the back half and finish. While “The Old Crow” encourages a foot stomp and sing along as Rabia spins her tale, it’s the other four songs (“Come Get Us Again,” “Aurora Avenue,” “A Pleasure To Burn,” and “Harami”) that make the album tiresome. “The Sun Dogs II: Coda” felt like a great cap on a rocking, cultured affair; “Harami” tries to put the album to sleep but lacks a unifying feel.
It’s a damn shame that Rose Windows will be the band’s last album. The Sun Dogs was rewarding for its reinvention of theatrics, themes, and styles, but with Rose Windows—despite the stylistic focus—parts of the album lack adventure and don’t grab the listener. The good news here is that we haven’t heard the last of these individuals. Chris Cheveyo has his Dræmhouse project, Nils Petersen has Hotel Vignette, and Rabia is always looking to spread creativity whether it be solo or with a new band. As Rose Windows fades into obscurity, let’s not be sad we’re loosing one hell of a band—let’s be excited for what could come next. “Soon we’ll be cruising.”
Key Tracks: “Blind” / “Strip Mall Babylon” / “The Old Crow”
Artists With Similar Fire: Led Zeppelin / Black Mountain / Wall Of Death