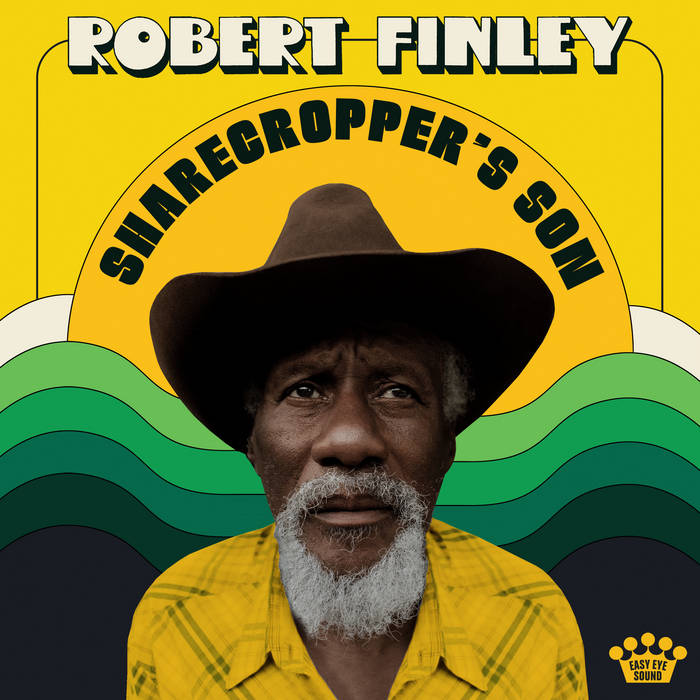 Robert Finley is a classic late bloomer. As the title of his sophomore album for Dan Auerbach’s Easy Eye label suggests, he’s a “Sharecropper’s Son,” who grew up singing Gospel music in the church, playing guitar and acting as bandleader in an Army band while serving in the 70’s. A carpenter by trade, he was a street performer and played the church circuit as Brother Finley and the Gospel Sisters, he was determined to be legally blind in 2015, and retired from manual labor. That same year, he was discovered busking in Arkansas by a non-profit working with aging blues musicians, Music Maker Relief Foundation, and Finley released his debut album, Age Don’t Mean a Thing. Finley hooked up with Auerbach and the two collaborated on the 2017 release, Goin’ Platinum! In ’19, Finley sang his song, “Get It While You Can,” before being eliminated in in the semi-final stage of “America’s Got Talent,” and now he’s back with his third album.

Sharecropper’s Son gives Finley a chance to sing his biography, and tells “My Story” in song. In the opening track, “Souled Out On You,” Finley shows off his withery falsetto and his graceful soul singer chops, backed by solid horn section and Auerbach’s bluesy guitar solo. And in the best blues’ man tradition, Finley describes his hard knock life in a series of auto-biographical tales like the title track so that the fact that he’s not only survived but thrived can be a source of inspiration for others: “you can start dreaming too.” Being a “Sharecropper’s Son,” meant lots of hard work, but singing made that work bearable, for a “Country Child” who’s also a “Country Boy.” Together Finley and Auerbach, and the capable stable of blues players and soulful horns, make good American music together, and the result is soulful, solid, and punctuated by optimism. “All My Hope” closes the record, taking us back to church, where Finley has found strength to believe a joyful life is possible, and if that ever fails, he’ll still have the blues.

Key Tracks: “Souled Out On You” / “Country Child” / “Sharecropper’s Son”