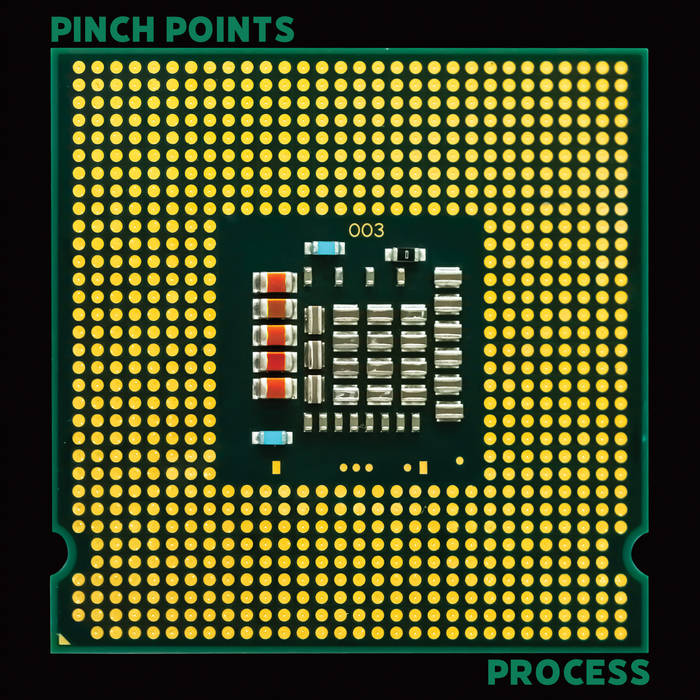 Melbourne’s Pinch Points released an excellent record of post-punk with their 2019 debut Moving Parts but their sophomore album, Process, takes their style of angular rock to another level. The band shines with their mostly shouted rotating female/male vocals as they deliver their opinion and bring more awarness to issues like Australia’s catastrophic bushfires, gendered violence, mental health struggles, First Nations incarceration and deaths in custody. Heavy stuff of course as Pinch Points deliver each of the 10 tracks here with the same level of passion you can find on classic Bad Religion or Dead Kennedy records.

What places Pinch Points in the upper tier of their post-punk peers is the detail in their pulsating rhythms and crazy sharp riffs. These turn on a dime moves consistently take your ear hostage and never give it back. Not only then do you hang onto the lyrics and shout along but I can’t tell you how many times I caught myself adding in some air guitar or drums to the mix. I also think that there is not one track to skip on this album. Every song brings something unique and has a high replay value.

The band recorded Process with Anna Laverty (Courtney Barnett, Nick Cave, The Peep Tempel), which helped drive the crispness of this album. “I get anxious, I get anxious” are the first lyrics you hear on the album. They are delivered without instrument support and its brilliant as “Reasons To Be Anxious” then revs up as the band joins. These little fantastic elements can be found throughout the album and give Process its special quality.

Even though the subject matter can be deep, I never found the record to wear on you. It is more about active awareness than everyone run because we are screwed. Pinch Points are fired up and Process will get raise your heartbeat from their admirable directness. It will make you give a damn and consistently return to its flawless rhythm changes. Pinch Points won’t be leaving my playlist anytime soon and deserves any time you give it!