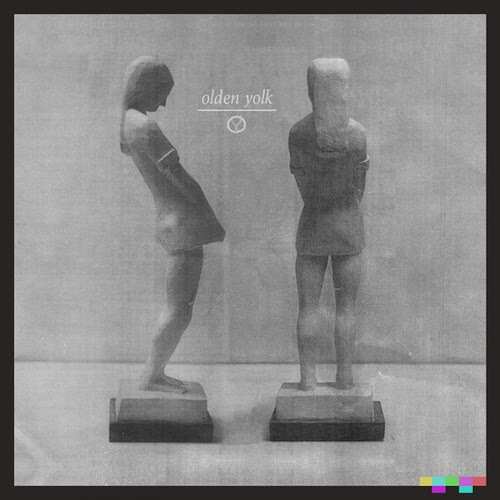 Who: The New York-based group is led by songwriters, vocalists, and multi-instrumentalists Shane Butler (of Quilt) and Caity Shaffer. This is the band’s self-titled debut.
Sound: Olden Yolk have the psych folk heart of the late 60’s early 70’s that now feels like a contemporary indie flavor of New York. The group fits nicely beside fans of artist like Martin Courtney (Real Estate), Whitney, Kevin Morby, Ryley Walker and Ultimate Painting.
TFN Final Take: The ease at which Olden Yolk effortlessly deliver the songs on their self-titled debut is a quick tell that this group is already setting the bar higher. Even though the album has this hazy folk vibe that just swirls the listener, it is a record that feels urban and tells life of a big city and all the emotions that come with being just a speck in a place that never sleeps.
The gel that holds Olden Yolk together is the vocal relationship between Butler and Shaffer. Their melodies and conversations create the borders of this album and pull the listener into their setting. It also does not matter if the song’s tempo is more upbeat, like on the charging “Esprit De Corps” and the entrancing jangle foot tapping “Cut To The Quick,” because they have the same engaging ingredients.
The entire record comes to an excellent conclusion as the almost eight-minute “Takes One To Know One” offers all of Olden Yolk’s talents with a chanting chorus, rhythmic pulse, intricate layered vocals and Butler inserting some under the music dialogue. It is a final showcase to the complexity of Olden Yolk’s debut.

Superchunk: What A Time To Be Alive [Album Review]