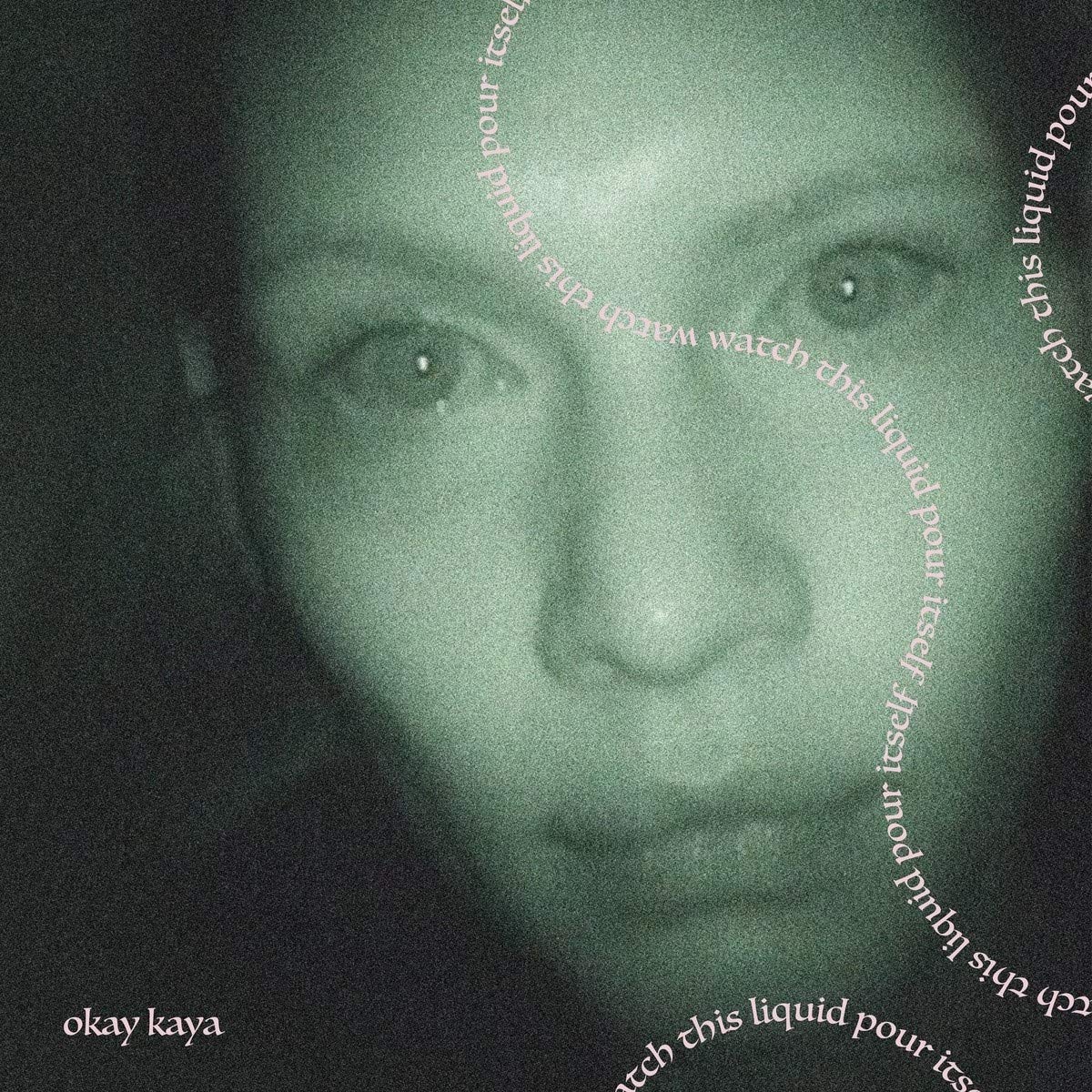 Fire Note Says: There’s a quirky artfulness in the minimalist experimental pop of Okay Kaya, as she mixes wry lyrical observations with simple vocal melodies.
Album Review: Arriving just a week after the passing of Monty Python’s Terry Jones, the debut of Okay Kaya has a “now for something completely different” quality. Kaya Wilkins, a Norwegian-born New Yorker, brings a quirky artfulness to her often minimalist experimental pop, using her voice as the dominant instrument over sparse instrumentation over the course of her the 15 brief songs that make up Watch This Liquid Pour Itself.
While her simple vocal melodies tend toward the airy and bright, her lyrical approach is darker, full of quirky metaphors and humorous observations. “Asexual Wellbeing,” which has a lush percussive musical bed that sounds a bit like those PVC pipes played by plastic mallets in the Blue Man Group, she admits that “sex with me is mediocre,” while saying she longs for somewhat curious compatibility: “I just want us to do well/like Jon Bon Jovi’s rose.” That last word is descriptive of the pinkish blush wine, not the flower, just so you get the point, whatever that is. Elsewhere she describes a nurse making her rounds in the “Psych Ward,” listening to “crisis management on the intercom.”
With most of these tracks timing out at less than 3 minutes, and the light pop disco beat of “Mother Nature’s Bitch” coming it at a minute and a half, there’s not much narrative development. On that track she seems content to make the point that “the whole world is my daddy/here I am/wabi sabi papi.” But the tone generally finds Wilkins playing acoustic guitar, her main instrument, to a basic drum beat and a soaring synth line as she imagines making love as combined elements in a “petri dish.” She brings girl group vocal harmonies to play in “Insert Generic Names,” describing all too accurately the experience of being the girlfriend to a guy who’s quite obviously still playing he field.
The two opening tracks have also surfaced as videos, “Baby Little Tween,” over a light percussive background, finds Wilkins skiing while carrying around a mask over lyrics that describe a personality crisis: “am I going to miss my brain?” For “Ascend and Try Again,” she floats naked in a spa pool while the song’s lyrics that include instructions for swimming underwater. Okay Kaya’s arty pop presentations suggest her unique observations on modern life, while making sense of the strange juxtapositions of modern existence. In “Asexual Wellbeing” she assumes “I can probably feel what you’re feeling,” but if all else fails she’s “got vegan peanut butter chocolate ice cream.”
Key Tracks: “Asexual Wellbeing” / “Baby Little Tween” / “Mother Nature’s Bitch”
Artists With Similar Fire: Fiona Apple / Bjork / Sam Phillips
Okay Kaya Website
Okay Kaya Facebook
Jagjaguwar
– Reviewed by Brian Q. Newcomb