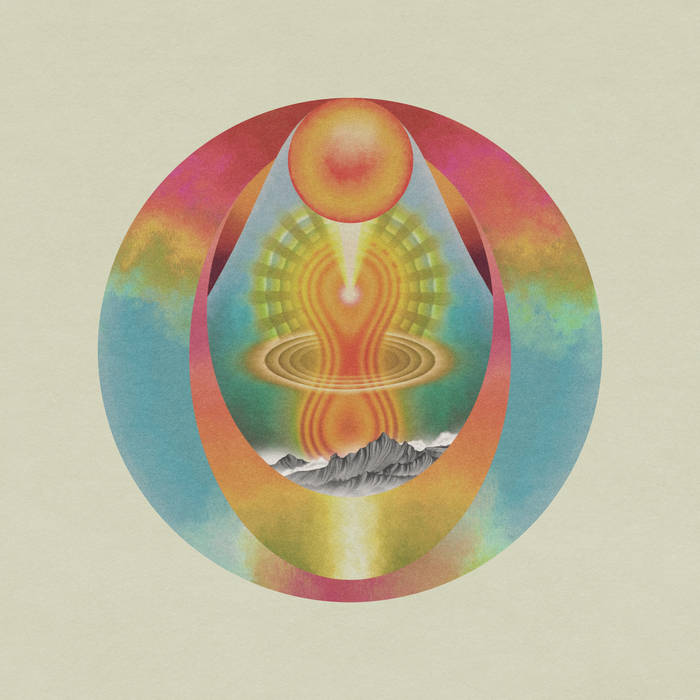 From all reports, there was a pretty good chance that the last music recorded by the members of My Morning Jacket playing together could easily have been the sessions that gave us 2015’s The Waterfall, and 2020’s leftovers, The Waterfall II. In the downtime following that tour, singer/songwriter Jim James released another solo album, “Uniform Distortion,” this one dominated by guitar-driven power pop. Keyboardist Bo Koster toured with Roger Waters, while guitarist Carl Broemel released a solo album, Wished Out, and made an EP with Eric Hopper, then he and rest of MMJ except for James played in Ray LaMontagne’s backing band. When the band finally re-grouped in August of 2019 to play four live shows, it wasn’t clear whether this was going to be one last hurrah and fare thee well, or a reunion that opened up new creative possibilities for the band into the future. Turns out those live shows – including two glorious nights at the iconic Red Rocks Amphitheatre – felt so good that the band re-entered the studio together a few months later.

The band’s bio suggests that they wanted to keep things close and focused for their ninth studio album, so it was only the five bandmembers in the studio working together, with James acting as engineer and producer. The result is an eclectic set that includes some of the band’s most accessible pop song hooks and a considerable amount of jam band improvisation and psychedelic experimentation on the 11-track self-titled release, with the recording completed just as the entire nation went into pandemic lockdown. In an exceptionally prescient move, the opening track, “Regular Scheduled Programming,” foresees a culture trapped on the couch in binge mode, with “screen time addiction replacing real life and love.” Over stimulated and medicated, James sings that we’ve got “one shot at redemption/a mighty and sacred love.” And while most of us are thinking about getting those boosters – one shot at redemption, so to speak – MMJ follows up with clarification that the answer to the world’s problems is “Love Love Love,” we just have to “step outside the door,” and “tell it to the world.”

That first track builds slowly until James is joined on backing vocals by Briana Lee and Maiya Sykes, as the band leans into the tune’s sophisticated pop/soul vibe. The second has a funkier rhythm, and they unleash the electric guitars to flesh out the song’s vampy jam ending. “In Colors” opens like a hippie dippy folk reflection on why we let our racial and other divisions separate us, offering the insight that “you gotta believe it looks better, in color/all the spectrum appears.” And while “I wish everyone would agree” feels like a naïve Rodney King wondering “why can’t we all just get along,” James and Broemel stretch out for a guitar jam that means business on the 7-minute number. “Least Expected” leans more in a jazz vein, with Koster’s keyboards recalling a Steely Dan groove, a vibe that returns on the back half of the 9 minute, “The Devil’s In the Details.” While it starts of with a floaty folk-feel meandering intro with a second male lead vocal counterpoint about coming of age at the mall in a world dominated by materialism, products shipped in from third world factories while poor folk are sent off to fight in foreign wars, before the keys and a sax solo take things off in a very trippy direction.

Elsewhere the guitars are pulling double duty, aided by the substantial rhythm section of Tom Blankenship on bass and Patrick Hallihan on drums. “Never In the Real World,” finds James nursing a slow guitar riff along until the song lights up half way through with a soaring solo. In the poppier number, “Lucky to Be Alive,” James takes on the threats to a working musician unable to make a living because endless streaming means “ain’t nobody buying records no more.” But rather then cry in his beer, James sings about touring to make his living the fun way, “I’ll head out on the road/you know we’re gonna make it work,” and the band kicks the jam into high gear, delivering the goods audiences pay to come to shows to hear. “Complex” is another kicking rock jam, one that recognizes that the world is far more complicated than we once imagined. “Penny for Your Thoughts” is another solid rocker, this one with the directive to “Make a wish/heads up.”

The album closes with “I Never Could Get Enough,” a lengthy ballad of loving commitment, with a lovely acoustic guitar solo midway through and one of My Morning Jacket’s signature psychedelic closings. I’ll admit it took quite a few listens before the eclectic feel in a number of songs here began to coalesce and the band’s expansive vocabulary came together as a singular whole. There’s enough of a spark, some quirky asides here and there, to suggest that James and his My Morning Jacket comrades still have something to say together as musical unit, and they’re willing to try new things and expand their musical horizon. My Morning Jacket could be the record that launches a whole new period of creativity from this band, now rocking into its third decade.