Mitski: Be The Cowboy [Album Review] 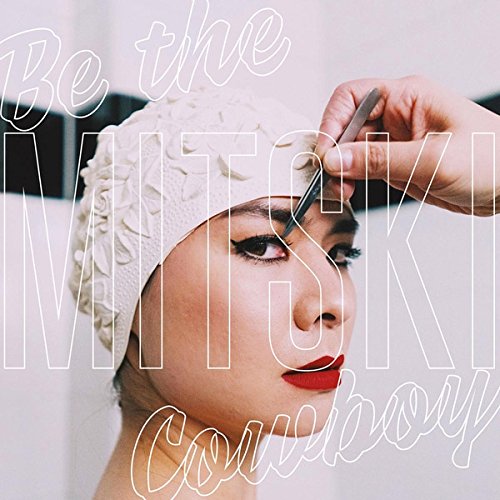 Fire Note Says: It is fantastic to hear Mitski in full control and give the indie world a jolt of well thought out rock pop.
Album Review: It is crazy to believe that Mitski is on her fifth (and best) record to date and yet she still feels like an under the radar artist. Her 2016 Dead Oceans debut, Puberty 2, contained multiple energizing compositions as she seemed the most engaged as we have ever heard her. Well, for the overflow of engagement on Puberty 2, Mitski stands even taller on Be The Cowboy.
It is fantastic to hear Mitski in full control and basically giving the indie world a jolt of well thought out rock pop. She admittedly was trying to make pop songs and, on many occasions, she brings some of her move vibrant work to your speakers like the jazzy swinger “Nobody,” that is the most fun foot tapper about loneliness you will hear. The running synths and beats on “Why Didn’t You Stop Me” is another track that will perk your ears up as Mitski’s vocals lie just below the pulse.
The confidence that shines out of Be The Cowboy is the key ingredient to Mitski’s success here because on every track she sounds fierce, in control and never wavering. On “Lonesome Love” when she sings “Nobody fucks me like me,” you simply nod and think to yourself – enough said. This poise of strength holds through Be The Cowboy and it doesn’t matter if it is the soft closer “Two Slow Dancers” or the soaring “A Pearl” that finds Mitski rocking inside a vacuum of music that surrounds her. These are the moments that make Be The Cowboy so special.
Mitski accomplishes her best album to date with a run time that just passes 32 minutes with its 14 tracks. That makes for short and concise pieces that all work together and offer the ups and downs of Mitski’s view rather it be fictional or not. The lonely theme that surfaces several times never comes off as fragile but instead real life as a person can power through and survive. That is an important skill set and Mitski highlights this through song. With her style that has the pop sensibilities of Best Coast and the heart of PJ Harvey, Mitski easily has released one of the better albums of 2018.
Key Tracks: “Nobody” / “Why Didn’t You Stop Me” / “Lonesomem Love”
Artists With Similar Fire: Angel Olsen / St. Vincent / PJ Harvey
Mitski Website
Mitski Facebook
Dead Oceans
– Reviewed by Thomas Wilde