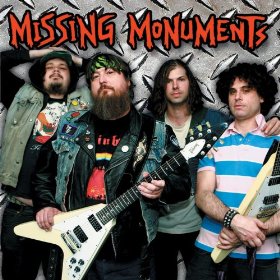 Fire Note Says: Missing Monuments find an improved cohesion on self-titled sophomore record.
Album Review: King Louie has a much bigger name than just being the guy behind the Missing Monuments. He has not only played in bands like Jack Oblivion and Jay Reatard but was in the greatly missed Exploding Hearts while writing many of the songs on their critically hailed record Guitar Romantic. He returned to releasing music in 2011 with the Missing Monuments debut Painted White that brought forward a bit more power pop to his garage beginnings. The self-titled sophomore record and Dirtnap debut builds on their first album with more concise song structures and a soaring confident attitude that makes this record not only fun but rocked out.
Even with Louie’s more garage type roots he has always had a punk undertone to his music and Missing Monuments puts this more 1,2.3 attitude to work and gives this self-titled outing a bright snap. Songs like the in your face punk assault “Crash Landing” and the super catchy “Go Away” are prime examples of this with their aggressive throaty vocals, quick and simple chord changes and bursts of sing along moments. Opening track “Answer The Call” kicks things off right with its guitar intro before the chorus will get stuck in your head. It is a garage rock meets pop punk dream that will earn fans instantly. The entire record never slows down and also still shows off some of Louie’s lyrical lightheartedness as he rhymes in the track “Super Hero” with the line “super hero – you ain’t no super hero – you’re a dummy and a zero, got queso on your face-o and you ain’t never gonna take her away” as he tells the story of fighting to keep his love. 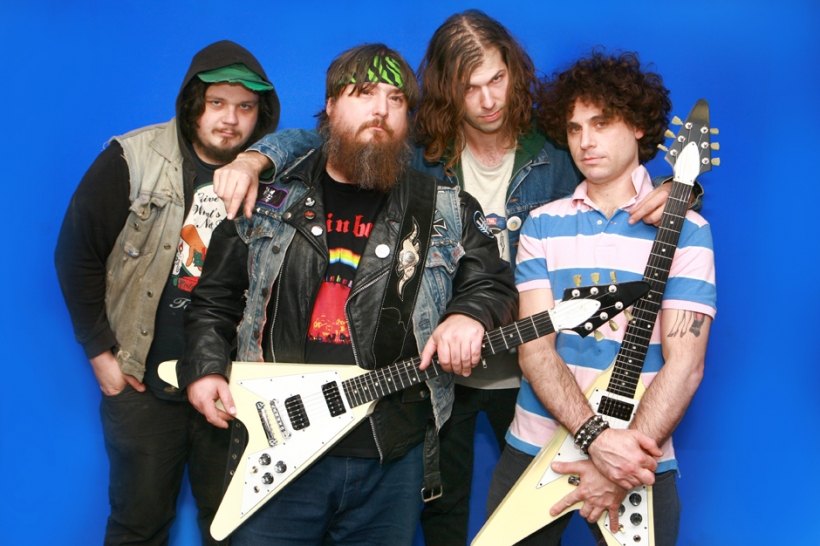 Missing Monuments sophomore record not only improves on their debut but also showcases how this is no longer just a King Louie solo project as every member makes their contribution heard. It is a solid rock n roll record that has punk and garage injections which give it a bit more edge but rounds those edges off with the right amount of power pop. Missing Monuments is definitely nothing new on the music scene but the band brings a quality forward that fans of this genre will eat up. It is a record that will have you coming back after just one listen and won’t wear out its welcome anytime soon!
Key Tracks: “Answer The Call”, “Go Away”, “Super Hero”
Artists With Similar Fire: The Replacements / The White Wires / Warm Soda
Missing Monuments Facebook
Dirtnap Records
-Reviewed by Christopher Anthony