Me First And The Gimmie Gimmies: Rake It In – The Greatestest Hits [Album Review] 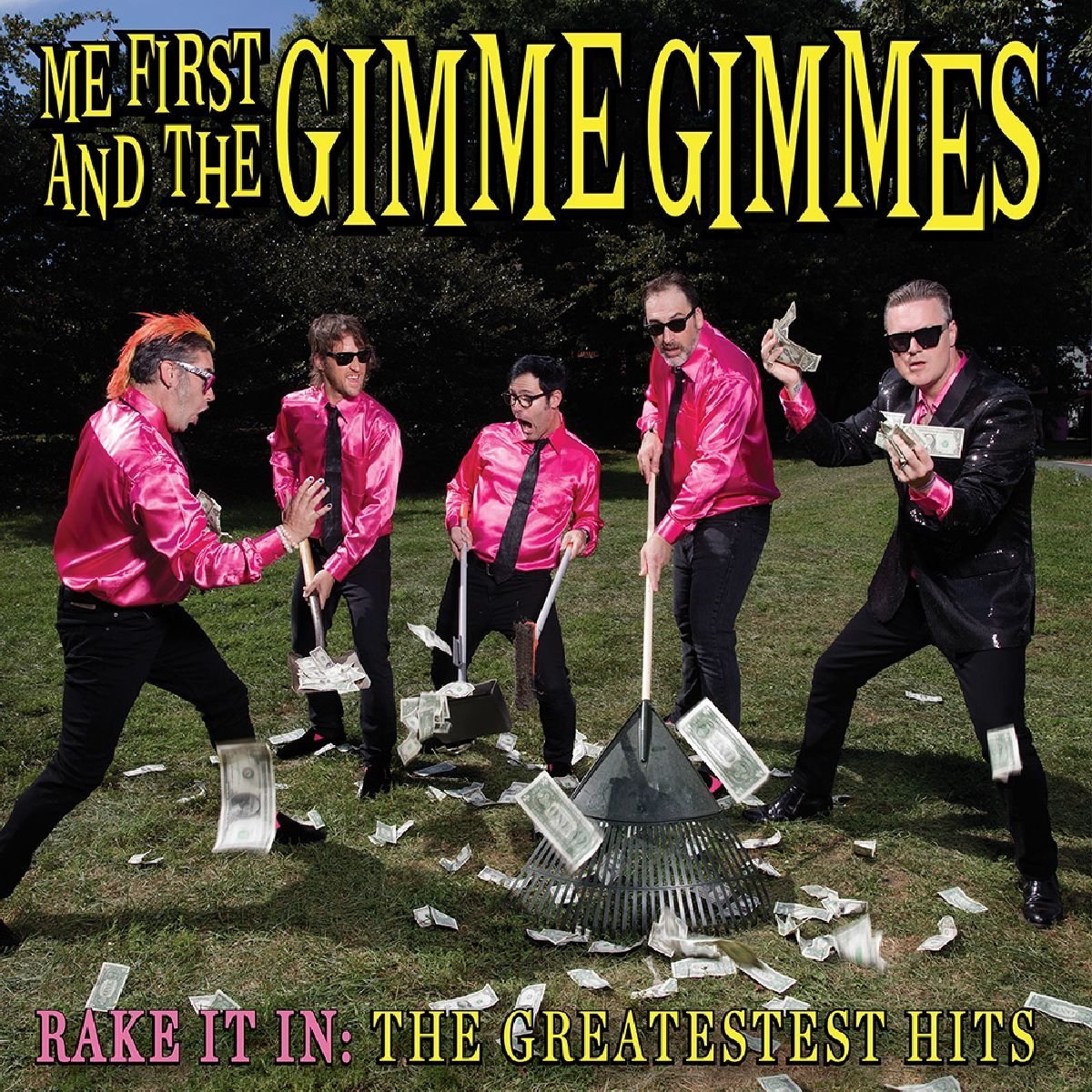 Me First And The Gimmie Gimmies
Rake It In: The Greatestest Hits
Fat Wreck Chords [2017]

Who: Me First And The Gimme Gimmes, consists of NOFX frontman Fat Mike, Lagwagon frontman Joey Cape, (Foo Fighting) Chris Shiflett, Lagwagon drummer Dave Raun, and Spike Slawson. The band has been covering other artists’ hits for over two decades now.
Sound: Me First and the Gimme Gimmes is a punk supergroup that inject their spirit, attitude and speed into cover songs. The band doesn’t believe in sticking to one genre so everyone from Dolly Parton to Lionel Richie to Brian Wilson are fair game.
TFN Final Take: After 7 studio albums, Rake It In: The Greatestest Hits captures the heart of the band and showcases that Country, Motown, and show tunes can’t stop this group from delivering a good time. For fans, I am sure there are plenty of tracks you would like to have included; for me it was “Danny’s Song” from their 1997 debut Have A Ball. It was the band’s first video and my introduction to the group – still a great cover. With so many tracks, I am sure it was hard to pick but there are some definite classics included on Rake It In. I actually really like the songs on here that maybe you don’t hear covered as much, such as Scott McKenzie’s “San Francisco,” Del Shannon’s “Hats Off To Larry” or “Straight Up” from Paula Abdul. At the end of the day, Me First And The Gimme Gimmes provide an excellent outlet here to just get away from all the other junk coming at you. These are 17 solid punk driven cover songs that will make you smile – nothing more and nothing less!
Me First And The Gimme Gimmes Facebook
Fat Wreck Chords
– Reviewed by Christopher Anthony