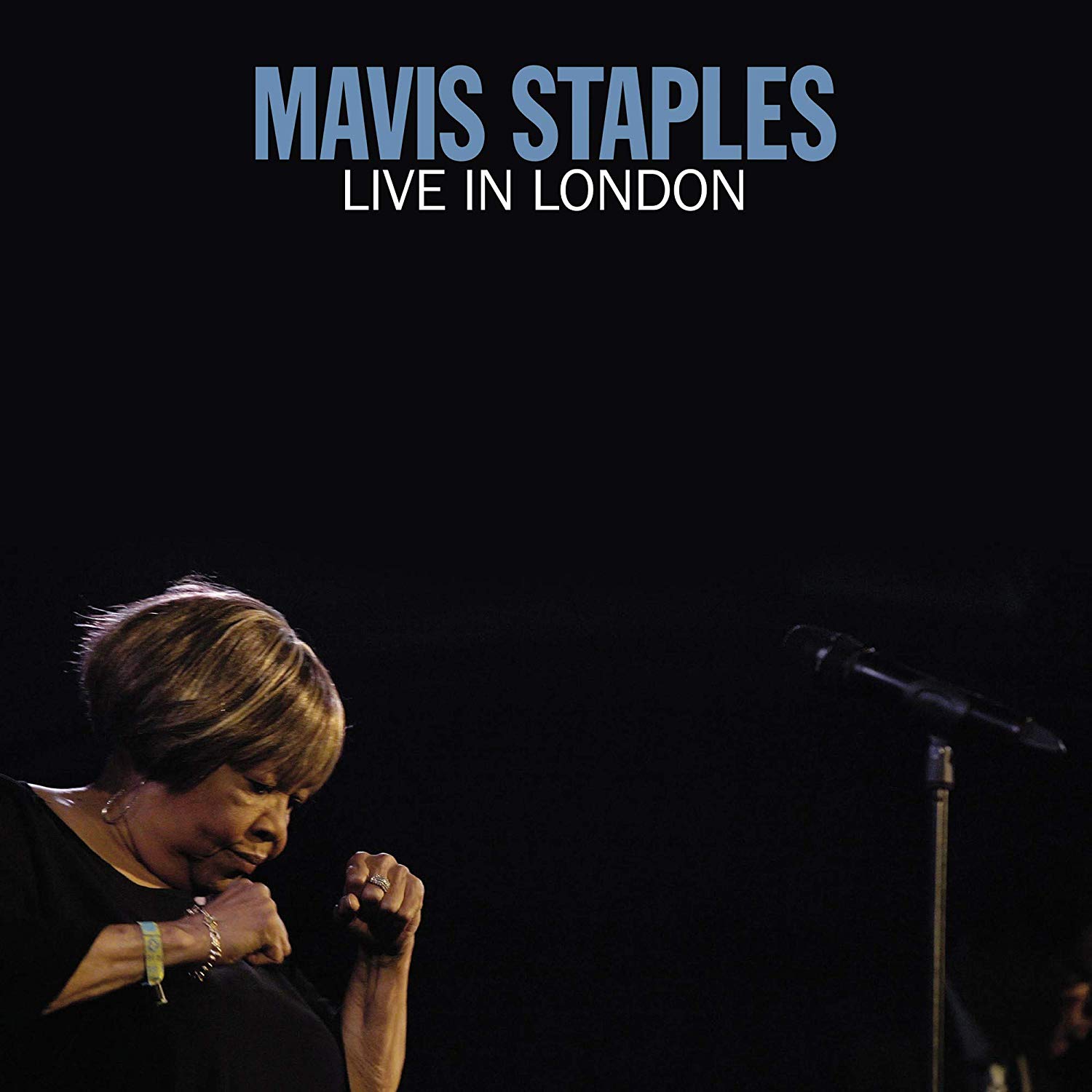 Album Review: At 79 years old, Mavis Staples is an R&B institution who has been inducted into the Rock & Roll Hall of Fame and the Blues Hall of Fame, but she’s not sitting back on her laurels in a rocking chair at the living legends nursing home. She’s produced four fine studio album just in this decade, three produced by Jeff Tweedy of Wilco and one by M. Ward, and now she’s delivered this delightful, self-produced live album which is so forward looking that it doesn’t even include her biggest hits from her early years in the Staples Singers, “I’ll Take You There” and “Respect Yourself.” Her confidence in her newer material, her fine band, and the deep musical bond she’s established with her fans over 7 decades of live performances puts Mavis in a special category as “one of a kind.” Celebrating her birthday on the Union Chapel stage in London, Staples made this nod to her longevity after joining her fans by singing “happy birthday to me,” saying “It just ain’t no stopping me, is it?” Thankfully, Mavis is not stopping yet, and if her full throated soulful singing here is any indication, she’s got quite a few more years to go.
Staples confidence doesn’t stop at her own voice and the fine material available to her, but she relies on a striped down band led by long-time guitarist Rick Holmstrom, a solid rhythm section in bassist Jeff Turmes and drummer Steven Hodges, plus two background singers, Vicky Randle and Donny Girard. Holmstrom’s strong guitar playing and ability to support a variety of material with a diverse array of styles and colors of sound, gives Mavis the stepping off place to let her voice what obviously comes quite naturally to her.
The set opens with Ben Harper’s song, “Love and Trust,” an apt description of Staples’ relationship to her music and her fans, which first appeared on the M. Ward produced Livin’ On a High Note. Mid-set, she revisits the album for one written by Benjamin Booker, “Take Us Back,” and later on one by the producer, “Dedicated.” She also brings out two from last year’s If All I Was Was Black, written by Tweedy, “Who Told You That,” and “No Time For Cryin’.” Now, she doesn’t face straight into the politics of race by doing the album’s title track, but in the latter of those two, she vamps a lyric about the “taking of children away from their mothers” at the U.S.’s southern border, saying “we got work to do… I’m gonna march on down to the big House,” presumably a reference to the White House.
To give her a chance to bring the funk, Staples turns to covers of “Slippery People” by Talking Heads, and reaches further back for a Funkadelic classic from George Clinton, “Can You Get to That,” both of which include a male vocal lead from one of her band members. She follows that with s sexy, R&B number by Curtis Mayfield, “Let’s Do It Again,” which is a fun turn from a woman who describes herself as “a good ol’ Christian girl and I just want everybody to be happy, to be nice to each other.”
Introducing a song by her beloved father, long-time leader and songwriter for the Staples Singers, she sends out greetings “form the Windy City, Chicago, Illinois, the home of the blues, down home blues. Everybody come out of Chicago: Howlin’ Wolf, Muddy Waters, Buddy Guy, and Pop Staples,” as a way of introducing his “What You Gonna Do.” She closes out this fine album with “We’re Gonna Make It,” a song that goes back to R&B stars like Little Milton and Ray Charles, that she covered on her 2010 release, “You Are Not Alone” and then all the way back to 1973 for a Staples Singers classic, “Touch An Hand.” Over her long and heralded career, Staples has worked with Bob Dylan, The Band, and Prince, and in recent years has collaborated with the likes of Gorillaz, Arcade Fire and Hozier, and on this excellent concert album she reveals once again that there’s nothing stopping her now.
Key Tracks: “Love and Trust” / “Slippery People” / “No Time For Cryin’”
Artists With Similar Fire: Bonnie Raitt / George Clinton / Aretha Franklin
Mavis Staples Website
Mavis Staples Facebook
ANTI-
– Reviewed by Brian Q. Newcomb