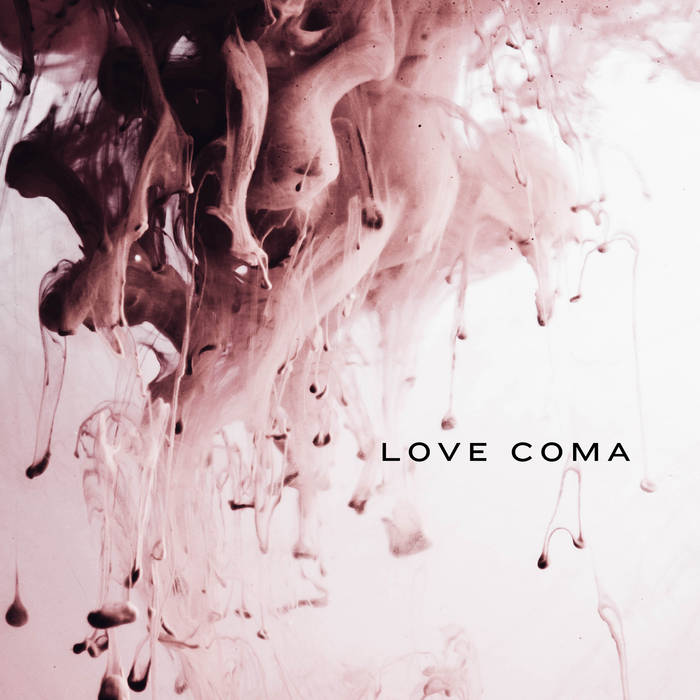 Evidently, San Antonio, TX-band, Love Coma have some unfinished business. Formed in the early 90’s by Chris Taylor, Matt Slocum, and Chris Dodds, they released an album on the indie label Etcetera Records, Soul Rash in ’93. Slocum departed shortly to start the band Sixpence None the Richer with singer Leigh Nash and rose to pop stardom with the global airplay hit, “Kiss Me” in ’98. Love Coma added guitarist Chris Mattingly and made an album with producer Mike Roe of the band The 77’s, for a promising up & coming label, R.E.X. Music, which had also signed 6p and released an album by The Choir. “Language of Fools” was a really good alt/rock album, released in ’95. It got the band out on a national tour, playing summer festivals, but the label went bankrupt that next year.

With that chance at teenage stardom snatched away, the band was unsustainable. Singer/songwriter Chris Taylor went on to sign a short-lived record deal as a solo artist, but has spent the 2000’s releasing indie impressive singer/songwriter projects, including 2013’s Travelers Hotel, ‘19’s Lovers, Thieves, Fools + Pretenders, and last year’s Born On the Beat, augmenting his musical career with work as a visual artist selling his paintings.

Since Chris Taylor has pretty much mastered the DIY “let’s make an album on your laptop in the bedroom” technique, the idea of a full-on Love Coma rock band reunion 23 years later was going to require they go the extra mile. They raised the money through an Indiegogo crowdfund promotion and headed to Austin to record with Pat Manske at Mark Addison’s Aerie Studio. The current band includes Taylor and Dodd, who co-produced, plus guitarists Mattingly and Mitchell Connell, and in a nice turn, Matt Slocum returns to play some guitars, cello and create string arrangements for the project. Bass parts were played by J.J. Plasencio, also a 6p alum. Working together, with Addison, Love Coma manages to strike that difficult balance, where they manage to deliver great sounding album, without sacrificing the drive and energy of the band’s live delivery for an overly polished studio product. You get the feel and vitality of the band playing live in the studio, while each player puts their unique touch into the band’s overall sound, whether it’s the brief drum burst intros by Dodd on numerous tracks, the melodic yet funky bass runs from Plasencio, Taylor’s passionate rock star vocals, or the various guitarists making their solos growl, soar or scream as the song requires.

“The best revenge is a life well lived,” Taylor sings in “The Boomerang,” perhaps commenting on the band’s ability to overcome all the obstacles and come back together at this late date and continue what they started but obviously never finished. “How long,” he howls as the fast-paced drums and guitars drive the beat, well the answer for Love Coma fans both old and new is that the wait is over.

The record opens strong with one strong rocker after another, “Into Me You See,” “Two of a Million,” and “Falling Over You,” suggesting hints of U2’s Edge’s guitars, and a driving rock club beat, soaring synths float on the middle track but the bass line, sing-along chorus and Connell’s punchy guitar solo suggests that they mean business. The third track creates the tension between with swagger of the guitars, a gospel sounding chorus’ cry to “Shine on sister,” while Plasencio provides a brief orchestrated cello interlude. And if that sounded like a cue for cello playing Slocum, the track is followed by a two-minute interlude on guitar and strings, an instrumental “Redux” on a song from the band’s debut, “Heartwideopen.”

“What Love Looks Like,” finds Taylor celebrating another Irish band, The Waterboys, with a more expansive, airy piano rocker, but again Plasencio’s bass line and a string arrangement by Slocum, and a big vocal assist from Zeenie Summers, who’s sung on albums with Mike Scott, on the chorus. Then the back half of the record delivers three more solid rockers, beginning with “How Long,” an edgy fast rocker where Slocum provides all the guitars, bass and strings, including a piercing guitar solo, while Taylor asks the important question to Dodds’ driving beat. “The Boomerang,” like much of the record is focused in the lyric “Love is the fuel and the flame,” while again I get a U2 vibe, while Taylor’s vocal and Mattingly’s guitar create a texture that is pure Love Coma. “Under My Shadow” has everybody on board for a funky rocker that gives the guitarists some room to run over a lovely string orchestration, then Taylor does a little remix magic on the brief instrumental interlude, “Cello Drone.” They close the album with Taylor on acoustic guitar, echoing some of his stronger solo work, as he emotes over Slocum’s lovely closing string orchestration.

In addition to this fine self-titled return, with 8 strong rock songs and two musical interludes, a sonically potent and pleasing full band studio album, Love Coma has provided additional material in 3 companion CDs. “Astronaut” is a 22 track (although a half a dozen are interlude pieces) album that includes new songs that didn’t make the final album and reimagined “Living Room Sessions” of old Love Coma songs. “Outtakes and Isolations” is described as more of an “art project,” with some of the parts, like the strings or Zeenie Summers’ vocals, are pulled out of the bigger, fuller band mixes, while “Instrumentals,” is merely the original album without any of the vocals. While “Astronaut” delivers some fun, unexpected musical delights, the other two are only going to appeal to the most committed Love Coma fans, no doubt the very folk who helped finance the Indiegogo crowdfunding effort.

On the whole, it’s great to hear an older band with promise that was thwarted in their prime step back up to the plate and hit one out of the park after all these years. “Love Coma” is a really fine return to form from a band that was pulled away too soon. Whether they have the wherewithal to continue on in band form or if Taylor, Dodds, Slocum, Mattingly, Connell, and Plasencio will go back to their solo ventures is a conversation for another day. On this day, in this very season, they made another good record, and no one can take that away from them.