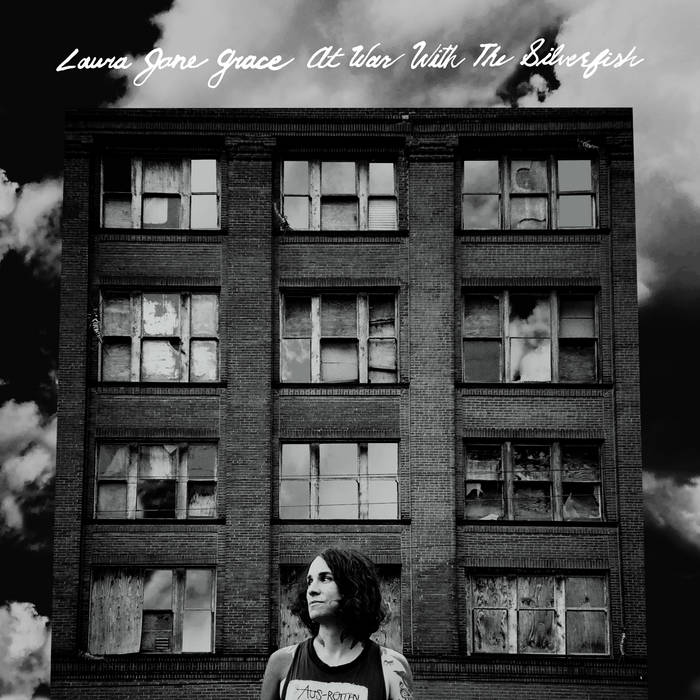 By now fans of Laura Jane Grace are well acquainted with her transitional journey, the physcial culmination of her songs on Against Me!’s 2014 album, Transgender Dysphoria Blues. While it’s not entirely clear what the future holds for Against Me!, Grace has been busily producing solo album’s since her 2018 debut with The Devouring Mothers, Bought to Rot, and followed it up last year with the surprise release of Stay Alive. This brief 7 song EP maintains her relentless pace, her penchant for short, punchy, melodic punk/pop songs that leave no doubt about what’s on her mind, and as she sings in the opening “Three of Hearts,” still wears her heart “on her sleeve.”

While that opener is Grace alone on acoustic guitar, she introduces drums on “Lolo 13,” and a fun bassline runs through “Long Dark Night,” with even a hint of an electric guitar solo. The EP’s centerpiece, “Electro-Static Sweep,” checks in at a full 3 and half minutes, and includes a string section for accompaniment. And then as if to prove that Grace can create a fun pop ditty from even the most unlikely of inspirations, comes “Day Old Coffee,” tapping in at a quick 1 minute and 14 seconds. Nearly as brief, but coming from deeper human emotions, Grace looks back on a broken relationship, asking “will anything be good again” before the final kiss off to “Smug Fuckface,” then fully owning the sense of loss and regret in the rocker, “Yesterday Part II.”

Grace continues to intrigue, writing fun pop/punk rants that will leave those who remember the bold, technicolor power of Against Me! longing for a more fully fleshed out effort. But, “At War with the Silverfish” is still fun while it lasts.

Artists With Similar Fire: Against Me! / Social Distortion / Bad Religion