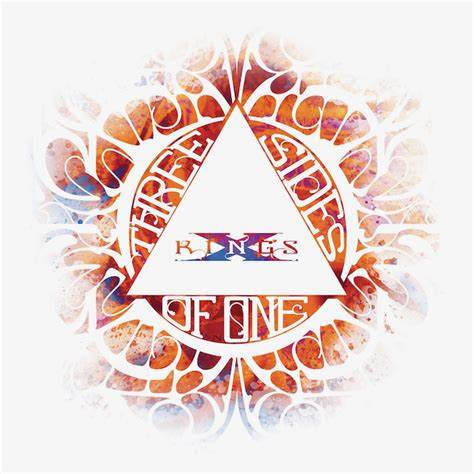 When a band with a 40-plus year history and a modest but devoted following returns to the recording studio for the first time in 14 years, you can expect heightened expectations among their most ardent fans. Such is the case for King’s X, a rock power trio that has delved into progressive metal, grunge, funk, blues, and soul over their long and storied career, fueled by the diverse influences and interests of the band’s three mainstays – bassist and vocalist Doug Pinnick, guitarist and vocalist Ty Tabor, and drummer and vocalist Jerry Gaskill. In the couple days since the album hit streaming and digital download services, the band’s hardcore following has sounded off over the 12 new tracks, some celebrating the band’s fresh take, while some mourn the fact that the band didn’t match their vision for where the band should take their often-evolving music next, proving the saying that there’s no pleasing everybody.

And on first listen, no doubt, Three Sides of One, very different from the band’s previous 12 albums in some striking respects. Michael Parnin’s production feels intentionally clean compared alongside the work with the Brendon O’Brien’s Dogman era recordings. Still, the mix includes the band’s heavy, low-end punch and smart, complicated rhythms, yet allows the bright vocal harmonies and Tabor’s rich guitar tunes to rise to the top, grabbing this listener’s attention. This might feel a bit unexpected to fans who’ve seen their live sets in recent years (I’ve had the pleasure to catch the band 3 times in the last 6 years (Concert Review), which have leaned heavily on Pinnick’s lead vocals that emphasized his soul, funk and Gospel music roots, but it’s worth remembering the Beatlesque love of melody and three-part harmony vocals on early albums like Faith, Hope, Love.

The challenge of course, with a band like King’s X, which refuses to sit idly in one genre or niche even for one song, is describing all they bring to each recording. “Let In Rain” opens the album with the ringing metallic chords of Tabor’s guitar before Gaskill’s complex rhythm on the drums establishes a driving beat, followed by Pinnick’s throbbing bass and his growling vocals crying out to “wash the fear away.” It’s definitely hard rock, with the throb of prog rock, and the a lyric and vocal that cries out with the tension of both Gospel and the blues, asking “is this the end of the world or a new beginning.” But they follow it with “Flood, Part 1,” suggesting that this is not good news: “I used to say that all we needed was love/now I’m thinking that what we need is a flood,” in a song that juxtaposes the band grinding away at its most metallic against the simple melodic sections set apart by a brief hint of orchestrated strings.

The issue appears to be the proliferation of lies, endless spin and misinformation, as expressed in the slow blues of “Nothing But the Truth,” accented by Pinnick’s lead vocal, and a fiery guitar solo from Tabor that drives the second half of this 6 minute jam, over the punctuation of Gaskill’s kicking drums and a bed of those vocal harmonies. “Give It Up,” the album’s second single, is a fun, chunky pop/rocker with a fun, singalong chorus, and the added feature of one of Pinnick’s signature soulful screams. The “flood” theme returns in the slow groove machine of “All God’s Children,” where the soaring vocal harmonies belie the frustration that “all God’s children kept believing,” the bright guitars and solid bass ringing out the warning.

“Take the Time” marks a change of pace, with Tabor taking lead vocal, over the ringing tones or what sounds like a twelve-string acoustic, and more of those strings that were hinted at earlier. For the fast, punchy vocal focused pop/rock of “Festival,” Pinnick’s vocal echoes Tabor’s lead, which calls of a fast rock & roll guitar solo that Tabor easily serves up. Gaskill’s drums and Pinnick’s throbbing bass pull Tabor’s crunchy guitars into the proggy rhythm of “Swipe Up,” the kind of fun rocker that distinguish King’s X from your run-of-the-mill standard issue hard rockers, although “Holidays” leans nicely into a more predictable groove, it’s those vocal harmonies and another display of Tabor’s monster guitar ferocity that lifts it above the pack.

While the earlier tracks on Three Sides of One deliver most of the surprises, the three closing tracks here prove that even when King’s X falls comfortably into more predictable territory, the unique playing skills of the three principals continues to delight. Gaskill’s quirky drum fills and smart extra beat additions, Tabor’s superior guitar virtuosity and emotionally vital solos, and Pinnick’s vibrant spirit expressed in kick-ass basslines and soulful vocal additions. Playing often at a level far above what’s required – quite noticeable in “Watcher,” which again asserts a trust the “truth will come and find you where you are” – is all the more impressive when you remember the numerous health crises that the three band-mates have endured in recent years. Gaskill’s experience of two heart attacks and his time of recuperation and recovery are the subject of “She Called Me Home,” meanwhile Pinnick’s had his own surgery/infection issues, and currently the band’s tour schedule has slowed to allow Tabor to build his strength after his own struggle, an emotion that gets served well in Tabor’s guitar solo. But for these Three Sides of One, there’s that shared focus and drive to play through the challenges because “the whole world is crying for love,” “Every Everywhere.”

It took a few listens for the richness of this fine display of King’s X talent and soul to register, but the depth of this trio’s musicality and versatility continues to blow me away. That Tabor, Pinnick, and Gaskill came to this new project, after 14 years, intent on making fresh music, refusing to reinvent a lovely, even reliable wheel, shows not only their creative will and courage, but their trust in the fans to embrace some new sounds.