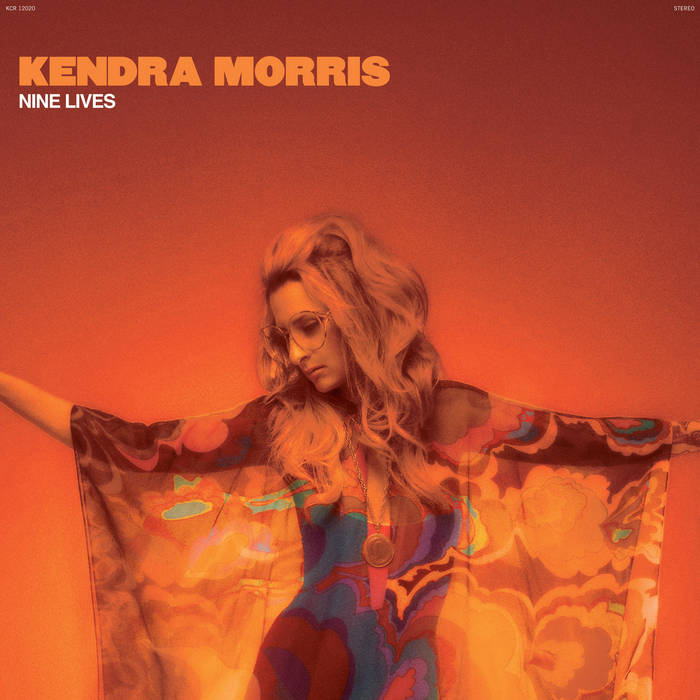 Kendra Morris has been releasing music for over a decade, putting out several albums, EPs, and singles since 2011 while collaborating with the likes of Czarface and Chico Mann along the way. She joined the ever-expanding roster of Colemine Records imprint Karma Chief in 2021 with her excellent single “This Life,” a highlight on the label’s Brighter Days Ahead compilation that same year. Blending classic soul sounds with modern production and slightly a psychedelic feel, it set high expectations for her first album on the label, this year’s Nine Lives. The album proves that the success of “This Life” was no fluke: Nine Lives not only lives up to the hype, it’s also one of the best LPs Karma Chief (or Colemine, for that matter) has put out yet.

The album opens with moody strut of “Keep Walking,” a track where the singer tells off an admirer who just can’t take a hint over a sweeping, cinematic arrangement (courtesy of producer and songwriting partner Jeremy Page and string arranger Mitchell McCarthy). It’s followed up by “This Life,” and the track feels right at home in its new surroundings, with its funkier upbeat vibe suggesting a fresh start after the tension of opening track. The rest of side A is just as strong, with “Who We Are” and “Nine Lives” showing off Morris’s vocal chops. The former is a haunting track featuring hypnotic vocal harmonies that almost feels like soul reimagining of early 2000s Radiohead, while the title track is a prime slice of psych-soul complete with funky organ stabs and spooky vibraphone touches. The side ends with lead single “Penny Pincher,” an introspective track where the quieter, more expressive qualities of Morris’s voice take center-stage, accompanied by subtle electric guitar strums and layers of background harmonies.

Side two kicks off with another track steeped in classic soul, with reverbed guitars and pumping piano chords driving the minor-key psychodrama waltz of “Got Me Down.” “Someone Else” is another highlight, a tale of disappointment given the widescreen treatment with a subtle nod to Paul McCartney & Wings’ 1973 single “Live and Let Die” in the background vocals (you know you did, you know you did, you know you did…). The string- and bass-driven “Dry” follows, balancing the minor key noir of its verses with a more laid-back, breezy chorus. “Circle Eights,” meanwhile, slows things down with a harmony-laden vocal arrangement floating over the psychedelic backing track that blends organ, strings, electric piano, and guitar into a dreamy tapestry. “Drag On” ends the album on another high note, with a spacious arrangement and lyrics that speak to feelings of isolation and regret, but also contain some seeds of hope (“Maybe there’s something still out there / Maybe there’s a little further to go”).

As the title suggests, Kendra Morris inhabits several different emotional, psychological, and musical spaces over the course of Nine Lives. Though it’s not a concept album per-sé, it’s easy to see thematic threads running through the album’s ten songs—feelings of disappointment and lost chances; affirmations of strength and acceptance; and an embrace of new beginnings, seeing hope in what lies ahead. They’re feelings most people can probably relate to in 2022, and the emotional punch is only made stronger by the songs and performances themselves. It’s a rewarding listen whether it’s your first or fifty-first time hearing it, which makes it that much more exciting to see what she’s got in store for life number ten.

The Stroppies – “The Perfect Crime” [Video]