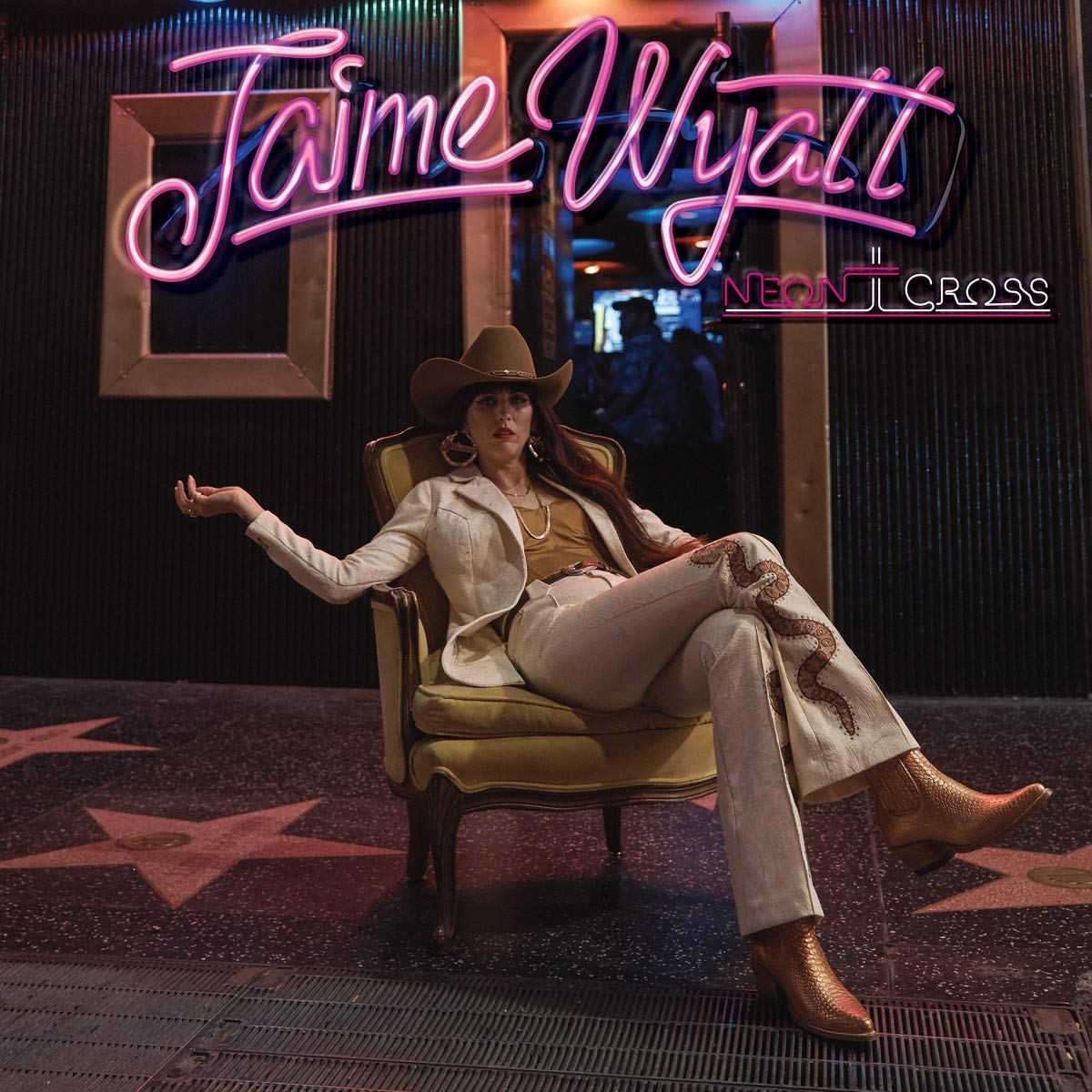 Over the decades, county music has loved a hard luck story, a tears in your beer weeper about a romance gone bad, hard livin’ and hard lovin’ with the promise of a party on the weekend. But it also came with the expectation of authenticity, the idea that the person singing the song had lived it, or at least a reasonable facsimile thereof. Johnny Cash probably didn’t actually shoot a man in Reno just to watch him die, but when he sang it you believed that he just maybe could have, just like he never did hard time in Folsom Prison, but he always seemed like he knew what he was talking about. But as it turns out, Jaime Wyatt, the new female Outlaw Country music singer with a full-length debut on New West Records, had actually done time for robbing her dealer, before she released her 7-song EP, “Felony Blues” back in 2017.

And as she describes here on Neon Cross, the story didn’t end there. Wyatt had been signed to a recording contract and dropped while still a teenager, which led to the addiction that led to her life of crime and time in jail. She’d gotten straight to record the EP but managed to relapse before it was released to critical acclaim. These days, she’s managed to get a couple years of sobriety under big cowboy belt-buckle, but in the process of therapy came to terms with her sexuality and came out as a lesbian. And like any smart songwriter, has collected more of her life story into an album full of country tunes, and pretty good ones at that.

Wyatt’s songs benefit from recording with guitarist and producer Shooter Jennings (son of Waylon), but the stories in these mostly old school sounding country songs are strictly her own, and as she describes in the opening track her life has been a bit of a “Sweet Mess.” Wyatt’s voice is strong, with just a lilt of country twang when the lyric calls for it, but thankfully that too feels authentic. And speaking of authentic, Jennings convinced his mother Jessi Colter to join Wyatt to duet on “Just A Woman,” a modern feminist declaration in a musical setting that sounds like Colter could have recorded at the start of her career in 1970.

Wyatt’s music falls pretty predictably into familiar country territory, “Goodbye Queen” and other things sound very close to other songs we’ve all heard, but her voice is strong enough to carry them to a satisfying conclusion. On her lead off single, “Hurt So Bad,” which features Shooter on harmony vocals, she sings of losing “bets I never had,” and then let’s the pedal steel doing some of the heavy lifting. In the album’s title track she sings, “I’ve been running my whole damn life/and I think it’s catching up,” while in “LIVIN,” she reports “that doctor said it’s one in a million/I make it to 35.” The closing track, a strong fiddle song, repeats the mantra of many an addict: there’s a “Demon Tied To A Chair In My Brain.” It’s in “Rattlesnake Girl” where she acknowledges “I see my sweet things out on the weekend/they all look happy and gay/they keep my secrets all covered in sequins/people have too much to say.” Jaime Wyatt delivers a solid debut in Neon Cross, one that rings true to her life.