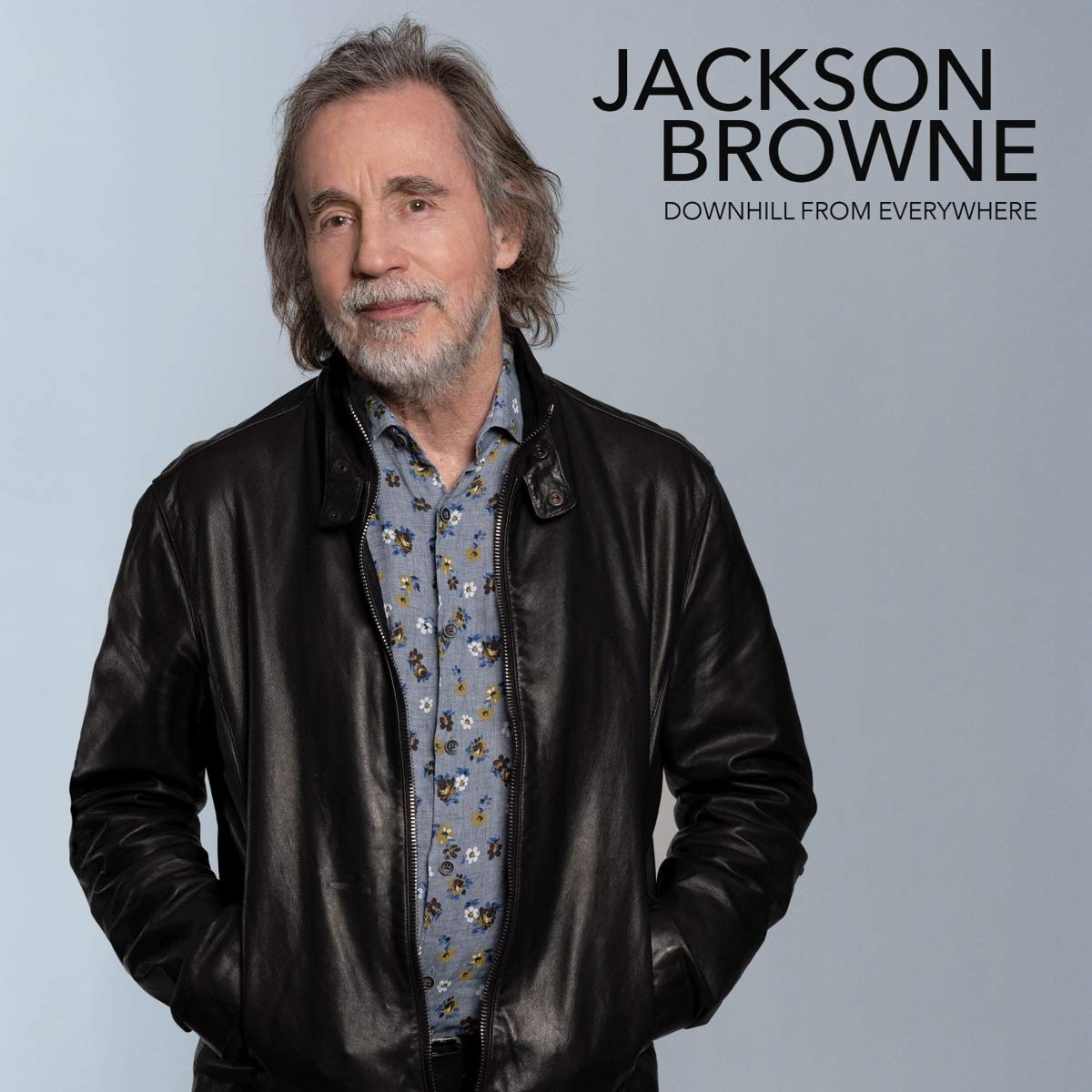 Mention Jackson Browne’s name these days and folks’ eyes tend to glaze over while they try to explain the difference between folk/rock and soft rock as if it matters. But both as a songwriter and a performer, he’s always had a lot more going on artistically than those genre monikers would suggest. Before he released his debut solo album in 1972, the teenage Browne had already written songs for and played guitar on Nico’s post-Velvet Underground solo album, “Chelsea Girl,” alongside songs by Lou Reed, Bob Dylan, John Cale, and Tim Harden. Plus, he’d been a brief member in the Nitty Gritty Dirt Band, and written “Take It Easy” with Glenn Frey, which became a hit for The Eagles.

Once Browne’s songwriting bona fides were on full display in a series of great 70’s folk rock classics – “For Everyman,” “Late for the Sky,” “The Pretender,” and the essential road trip album “Running on Empty,” Browne’s recording career remained solid through the 80’s, but the artist was less active in recent decades but continued to record and tour, earning inductions to both the Rock and Roll and Songwriters Hall of Fame. Browne was interviewed by Jakob Dylan for the 2018 film, “Echo in the Canyon,” talking about that influential Southern California sound that grew out of artists like The Buffalo Springfield, The Mamas & The Papas, Joni Mitchell and David Crosby hanging out in Laurel Canyon. And just this year, Los Lobos featured a cover of Browne’s “Jamaica Say You Will” on their album celebrating the East L.A. hometown, “Native Sons.” So it seems fitting that Browne returns with his 15th studio album, “Downhill From Everywhere,” as he is back on the tour opening shows across America for James Taylor & his All-Star Band.

Back in the day, both Browne and Taylor built a name for themselves recording and touring with The Section – ace studio players that included Leland Sklar on bass, Russ Kunkel on drums, Craig Doerge on keyboards, and Danny Kortchmar on lead guitar, with Browne dividing solo duties between the Kootch and his long-time pal, lap steel guitar player David Lindley. For this album, Browne has tapped a core band of similar pedigree: guitarists Greg Leisz and Val McCallum, Bob Glaub on bass, Jeff Young on keys, and drummer Mauricio Lewak, and just like the solid rockers in his repertoire from the late 70’s and 80’s, Browne let’s the band shine throughout the album’s ten tracks, bringing a certain elegance, muscle and punch to his songs, starting at the top with “Still Looking For Something,” and the album’s first single “My Cleveland Heart.” Both kick off with solid drums out front, and feature the like of slide guitar that wouldn’t have been out of place on Browne’s rockier efforts from “The Pretender,” and “Lawyers In Love.”

And while the music here, once again celebrates Browne’s strong melodies and punchy rhythms, it’s really his lyrics that mark his songwriting as a cut above. “My Cleveland Heart” imagines a day when we can get an artificial heart transplant that’s “made to take a bashin’/And never lose their passion,” while the album’s title track considers how our plastic waste all ends up in the ocean, asking “Do you think of the ocean as yours/Because you need the ocean to breathe/Every second breath you take/Is coming from the sea.” Of course, Browne’s environmental activism goes all the way to the “No Nukes,” concert movie and live album, which also included acts like Bonnie Raitt, Taylor, Carly Simon, Graham Nash and Bruce Springsteen. In an interview of the bio associated with the release, Browne acknowledged that “racial and economic and environmental are at the root of all the other issues we’re facing right now. Dignity and justice are the bedrock of everything that matters to us in this life. But it’s Jackson’s natural way with a song that makes songs – like “Until Justice Is Real,” “Love Is Love,” which lifts up the issues facing those living on the island of Haiti where “People work and live and love and struggle every day,” and “A Human Touch,” a duet with Leslie Mendelson that takes on discrimination against LGBTQ folk, and “The Dreamer” which honors DACA recipients in a bi-lingual duet with Eugene Rodriguez of Los Cenzontles – work more as musical works of art than mere political statements.

As the album settles in for the last two songs, Browne & Co. stretch out musically, with “A Little Too Soon To Say” coming in at 6 and a half minutes, while the somewhat tango flavored “A Song For Barcelona” extends to nearly 9 minutes. Browne’s strong, uplifting music provides a solid structure, and the able musicians in his band are more than happy to step up the challenge of filling these soulful grooves with strong playing and singing. When one of your masterworks is titled “Fountain of Sorrow,” it’s easy to see why Browne can get labeled as mopey, sad songs for overly sensitive quiet types, but his catalog has never fit that description. One more time, he proves that he not only has something to say, but music that rocks with enough integrity, grit and smarts to make you glad you stopped to listen.

Key Tracks: “My Cleveland Heart” / “Downhill From Everywhere” / “Still Looking For Something”

Fire Track: Guided By Voices – “High In The Rain”