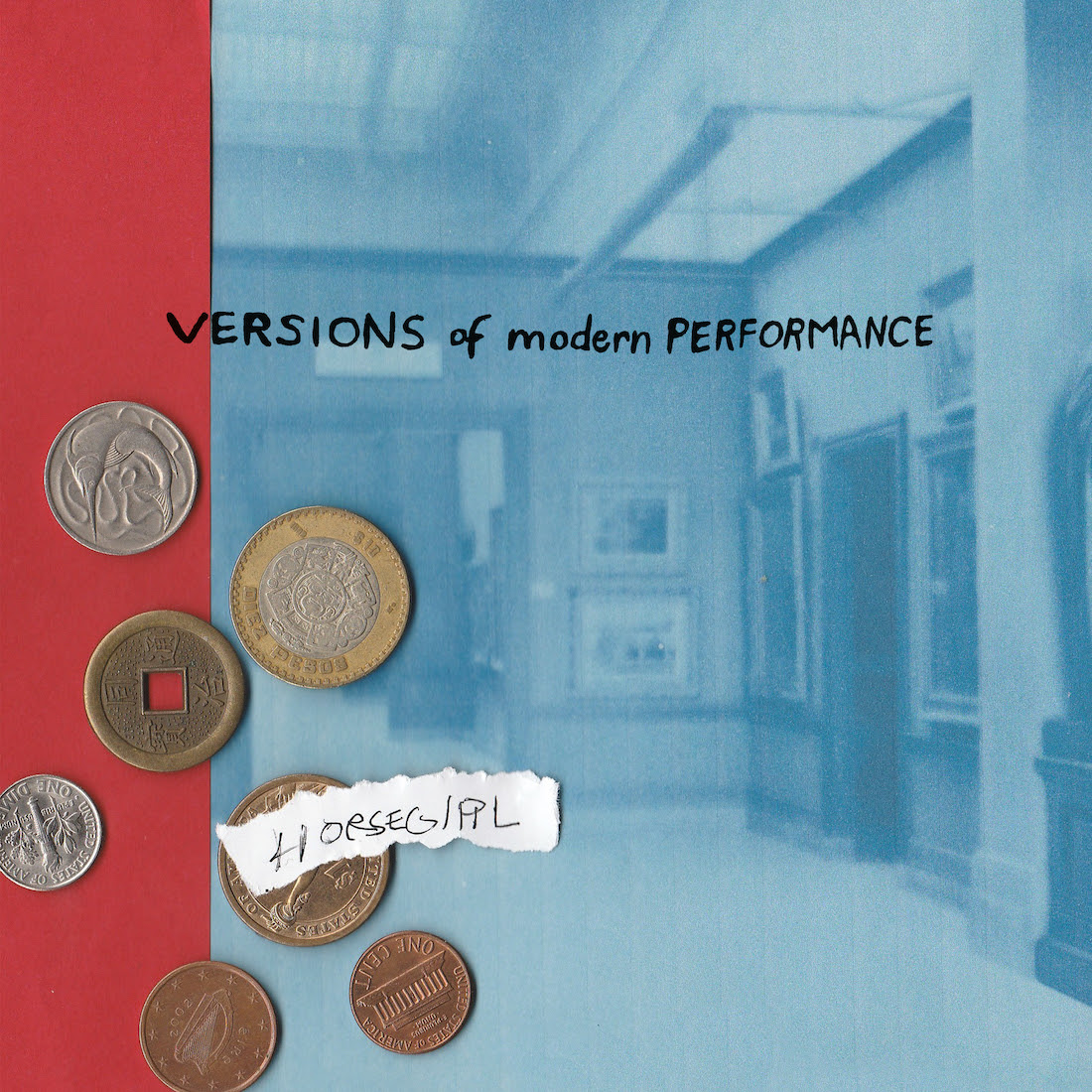 Chicago’s Horsegirl is a fantastic throwback nod to some indie guitar greats of the past that include Sonic Youth, My Bloody Valentine and Gang Of Four. The trio of Penelope Lowenstein (guitar, vocals), Nora Cheng (guitar, vocals), and Gigi Reece (drums) represent a fresh face of artists that have moved back to a more established rock formula. That does not mean that its not creative by any means as their debut, Versions Of Modern Performance, is abundant with mind swirling harmonies, grinding feedback guitar clashes and a refinement that extends way beyond their youthful age.

The opening post-punk drumming in “Anti-glory” is instantly memorable as its cool swagger of layered vocals explode at times but never are out of control. This precision is the brilliance of the album as every string of feedback sounds like it is in its correct place. Horsegirl are very comparable to Sonic Youth in this way as each angular movement always sounds like the right move. In other places, Horsegirl place several instrumentals that nicely break up the walls of guitar even though a couple of them have shoegaze qualities. This is a risk for a new band but it pays off as it helps the album flow stay fresh.

The album was recorded with John Agnello (Kurt Vile, The Breeders, Dinosaur Jr.) at Electrical Audio which only boosts its credibility because you can hear all the vocals clearly even though they are buried in the guitar movements within songs. Horsegirl confidently state what they are about on Versions Of Modern Performance and this clear vision makes them sound like a veteran act. Sequencing seems flawless as each song has a certain charm that sticks with you right down to the excellent closer “Billy.” The track finishes the record in grand fashion as Horsegirl just jam out its last 1:30 before you hear the amps turn off at the end. Great finish to a great debut as the future is wide open for Horsegirl and that is exciting!