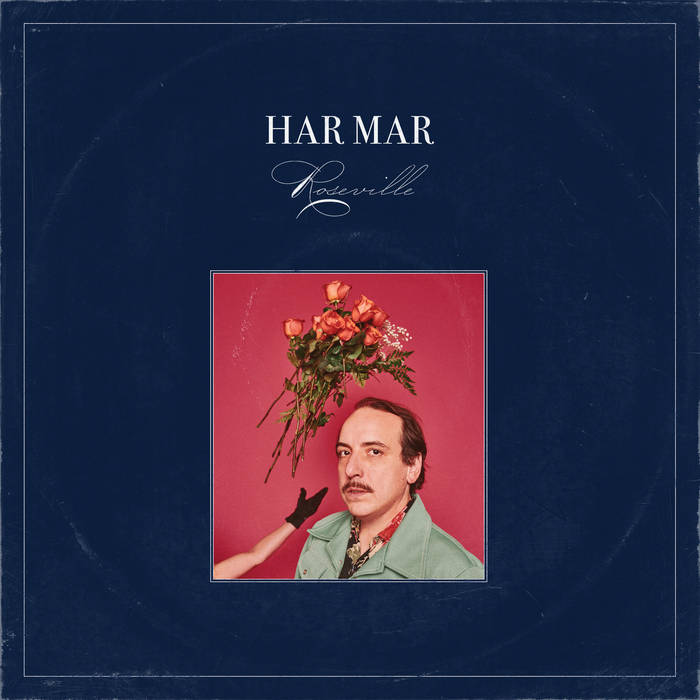 I’ll admit that the first and only time I saw Har Mar Superstar play live, opening for Afghan Whigs in Cincinnati in the Fall of 2017, more than once in the band’s nearly hour long set I wondered if it was a joke, that somebody had forgotten to let me in on. Har Mar, essentially the creation of singer and actor Sean Tillmann, must have started out as a schtick in the early 00’s, not unlike Bill Murray’s SNL skit where he played the lounge singer from the bar at the Ramada Inn, where an average looking, maybe a bit pudgy, somewhat balding guy performed with all the confidence and bravado of sexy pop music crooners of the 60’s like Tom Jones or Englebert Humperdink. Only instead of just exhibiting his hairy chest and macho physique with an unbuttoned shirt and tight pants, our Superstar would strip down to his skivvies. (Warning: If you look up Har Mar Superstar on Wikipedia, you’ll see Tillmann stripped to his briefs.) Tillmann has appeared in movies like “Whip It” and “Pitch Perfect,” and championed by his rock star friends, Har Mar Superstar has opened tours with The Strokes, Red Hot Chili Peppers, Father John Misty, the Yeah Yeah Yeahs, and even Lizzo, but over time and the course of 6 albums, the schtick began taking a back seat to the music and songwriting, although he was still down to his underwear by the end of his show in 2017.

Roseville is the seventh album from Har Mar Superstar, the first which has been described as a fully collaborative effort between Tillmann and his 6-piece back-up band, including Aaron Baum on keyboards/synths, Adam Hurlburt on bass, Ryan Mach on drums, Ethan Elseth on guitars, Nelson Devereaux on sax, and Jake Baldwin on trumpet. Together they offer a modern take on the R&B inflected pop music of the mid-60’s, focused on accessible melodies and up-tempo danceable rhythms, fleshed out by the full horn section. “Solid Ghost” opens the album with memorable pop vocal hook that recalls Brian Wilson’s later more sophisticated work for the Beach Boys. “Neon Aglow” heads toward the jazzier leanings of Donald Fagan’s solo work, apart from Steely Dan, with lots of room for Devereaux to solo on sax. “Another Century” is a big R&B rave with a bluesy Gospel feel on the chorus, which features guests, female vocalist Kam Franklin and guitarist Jackie Venson. But for the most part, Tillmann’s focus is the kind of singer oriented pop with catchy vocals hooks, like “Hearts Have Misspoken,” “Burn the Page” and “Slight of Hand,” a mix of Beach Boy influenced melodies and R&B pop basics, with occasional burst of soloing brilliance from Elseth on guitar or Devereaux’s sax. Tillmann, it turns out, has a solid voice, and is a capable lead singer, and the overall sound is quite appealing.

Content-wise, Roseville is described as a coming home album for the native of the suburb of the Twin-Cities in Minnesota, where Tillmann lifted the Har Mar name from a local strip mall. Tillmann, who’s been working as a mail delivery man for the USPS during the pandemic, his bio describes this collection of new songs as “a love letter to the community, artists & family that drew him back and the experiences he had along the way.” The result, I’m surprised to say, is a surprisingly pleasant pop offering, where the music stands up just fine on its own strengths, no joke required to hold listeners’ interest.

Hiss Golden Messenger – “If It Comes In The Morning” [Video]