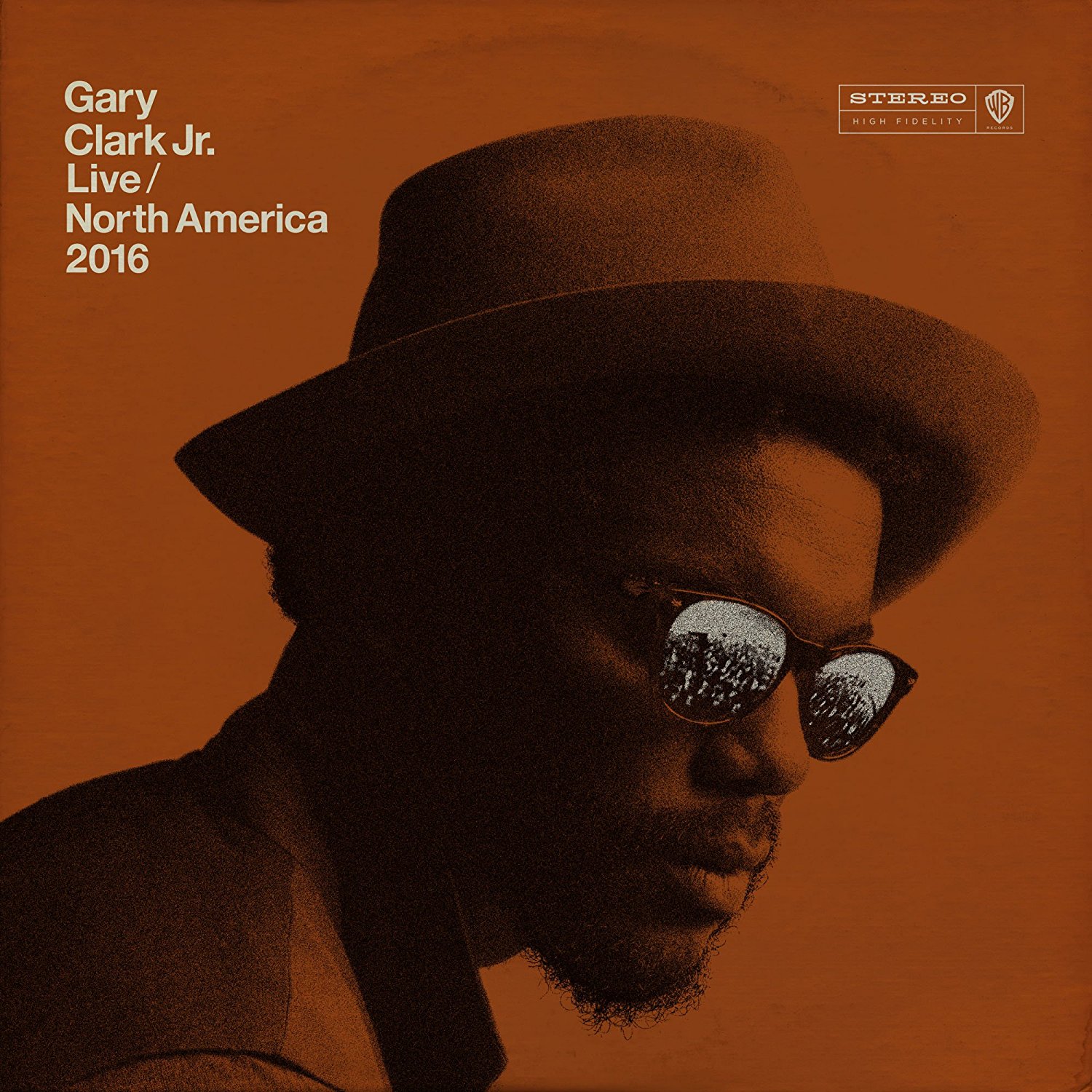 Fire Note Says: More proof why you should see Gary Clark Jr. live.
Album Review: As an introduction to “Honest I Do,” on this second live album in just 3 years time, blues guitarist Gary Clark Jr. offers this shout out to his influences, “We wouldn’t be doing this thing if there weren’t great artists like Jimmy Reed, Albert King, Freddie King, B.B. King, Howlin’ Wolf, Buddy Guy, so we’re going to do our best to pay tribute to one of those greats, Jimmy Reed…” But, like the guitar greats that have gone before him, Clark seems to realize that for blues players, it has always been as much about the live performance as it is about the songs.
Thus this second collection of live concert recordings, just three years after the double length album, Live, which featured music recorded on his tour in support of his 2012 studio recording, Blak and Blu. This time out, Clark leans heavily on material from his 2015 studio album, The Story of Sonny Boy Slim, with only a couple of carryovers, as he seeks to establish his guitar hero bona fides.
In this music, the blues rock genre, it’s often less about the song’s lyrics or even the melody, but more about what the guitarist does with that melody during the extended solos that undoubtedly show up in each selection; the question is whether the musician is able to use their instrument to express the raw, human emotions and deeper feelings of the song through their musical prowess on the fret board. Of course if you’re not into the instrument, extended guitar solos can feel like a trip to the dentist, no doubt made all the more painful by the aimless noodle-ing that masquerades as musical improvisation in a thousand jam bands and Dave Matthews wannabe’s.
What separates the greats that Clark listed in his tribute above, along with noteworthy rockers like Eric Clapton, Jeff Beck, Duane Allman, and, yes, even Stevie Ray Vaughan, is their capacity to breathe new life into these traditional forms, to develop their own sounds while honoring all that has gone on before, and to suggest new directions that have yet to be explored. With many of the elder statesmen of the blues – some of whom toured into their 70’s and 80’s – now gone or well past their prime, it falls to this next generation of players, people like Derek Trucks, and even John Mayer, and perhaps especially Clark, to take the tradition into the coming decades.
Thus, Clark’s respectful take on Reed’s country blues in “Honest I Do,” right down to introducing the song’s melody on the harmonica, which he follows with an equally reverent take on Elmore James’ “My Baby’s Gone,” with some elegant slide playing, establish his intentions and credentials, by honoring the music’s heritage. The rest of the album are Clark originals, with the first four tracks coming from the Sonny Boy Slim record, that demonstrate his capacity for versatility and mastery of a number of styles that contribute to his sound.
“Grinder” opens, a fitting title for this grinding slow blues that opens with dense chords befitting a grunge band. “The Healing,” a song that explores the gospel roots in this genre both lyrically and musically, starts out slow but builds to a full on rocker, with Clark delivering a solo that hints at Jimi Hendrix’s influence. Still deep in that slow blues grove for the intro of “Our Love,” Clark changes things up with a retro R&B feel, and sings in a falsetto worthy of Smokey Robinson, but then gets playful and gritty on the lengthy guitar solo as the song extends to nearly 8 minutes. “Cold Blooded” settles into another R&B groove, demonstrating Clark and his band’s versatility, and again that falsetto, suggesting that there’s very little that they can’t do, and do very well.
And all that before Clark digs into a long-time fan favorite from Blak and Blu, a nine and half minute, smoking version of his “When My Train Pulls In.” The closing track, “Numb” is the one other track from that earlier album that showed up on Live, displaying how much more capable and confident is in even three years time. “Shake” mixes things up a little, with the Leon Bridges joining him on stage to share vocals, and an appearance by saxophonist Jeff Dazey, who adds a different flavor to the proceeds on this old school rock & roll shaker.
There’s a reason why Gary Clark Jr. and his band – rhythm guitarist King Zapata, bassist Johnny Bradley, and drummer Johnny Radelat – have earned stellar opening and festival slots as a live act, and Clark’s guitar playing has been praised by Clapton, and joined the Foo Fighters on their Sonic Highways album when they recorded in his home town of Austin, TX, providing a guitar solo on “What Did I Do?/God as My Witness.” Clark is a stellar blues man, and the future is wide open.
Key Tracks: “The Healing” / “When My Train Pulls In” / “Shake”
Artists With Similar Fire: Eric Clapton / Buddy Guy / Tedeschi Trucks Band
Gary Clark Jr. Website
Gary Clark Jr. Facebook
Warner Bros. Records
– Reviewed by Brian Q. Newcomb