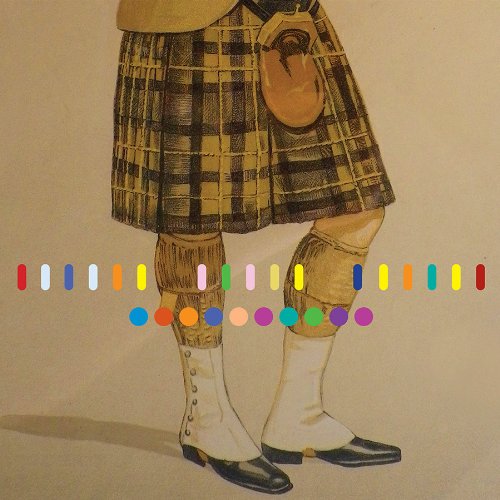 Fire Note Says: After an eleven year hiatus Stephin Merritt revives the Future Bible Heroes brand. And it was worth the wait.
Album Review: Stephin Merritt is a titan. The Mount Rushmore of indie is almost certainly carved with his face on it (along with Pollard, Malkmus and Mascis.) His pop stylings reached an obvious apex with 1999’s triple album masterpiece 69 Love Songs. Since then he has gone on a three album self-imposed no-synth hiatus, signed to a major, returned to Merge, released a supposed return to form LP (last year’s disappointing Love At The Bottom Of The Sea), revived dormant side projects (Gothic Archies, The 6ths) and still there remains the feeling that he still hasn’t found what he’s looking for. For this third installment of Future Bible Heroes, Merritt retains the services of long-time Magnetic Fields collaborator Claudia Gonson and Christopher Ewen (formerly of 80’s synth pop band Figures On A Beach.) For those fans who long for the simple Casio pop of early Magnetic Fields records like Holiday or Get Lost this might just be the one to get them back on board.
After a brief hello-how-do-you-do (“A Drink Is Just The Thing”) the album begins in earnest with “Sadder Than The Moon.” This is the kind of sort-of love song that made 69 Songs so thrilling. A solid hook is supported by modern sounding keyboards while Merritt (who shares vocal duties with Gonson throughout) bemoans: “If I had youth and beauty would you sing another tune/You don’t love me darling and that’s sadder than the moon.” Next up is “Let’s Go To Sleep (And Never Come Back)” and the Depeche Mode keyboards sound great while Gonson sings: “I’ll wear silk pajamas, sleeping mask in black/And you will wear a Muumuu a la Roberta Flack/Leaving no note, just candles and incense/We’ll overdose on smack.” For an album titled Partygoing this isn’t very festive. And that’s the thing with Merritt, when he’s at his best his sardonic wit explodes across each song. The next big highlight occurs a couple songs later with the (sort of) title track, “Living, Loving, Partygoing.” The hedonistic party Gonson sings about sounds like a lot of fun, well maybe not for a straight guy! “At Mink Stole’s birthday in gay Provincetown/I came to DJ and left with a clown.” Merritt’s words haven’t been this much fun in a while. 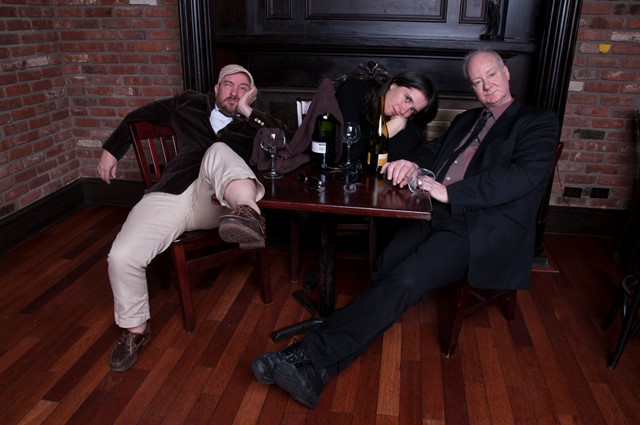 So what then to make of a song like “How Very Strange?” It’s an ode to date rape as Gonson and Merritt exchange lines (Gonson: “How very strange I ever chased you.” Merritt: “My hobby’s psychopharmacology.”) Creepy is the first word that comes to mind but it shows a willingness to tackle difficult subjects in a pop song. The irreverent mood continues with “Keep Your Children In A Coma” and its cautions against computers, bullies, priests, radiation and (gasp!) drugs. The goofy word play is perfectly suited for this kind of synth pop, making Partygoing work on almost every track. The exceptions aren’t horrible. “All I Care About Is You” is pure schmaltz while “Love Is A Luxury I Can No Longer Afford” just doesn’t offer much in the way of irony though the instrumentation is pretty cool in the middle section. Then we get the unfortunate Yaz (Yazoo) inspired “Digging My Own Grave.” These minor missteps are more than balanced out by the really clever “Drink Nothing But Champagne.” Merritt begins with: “Just a speck of DNA from the Turin Shroud/Was used to clone our Savior and our Savior said aloud/Listen up my children, I’ve come back to tell you this/Don’t drink the water cuz the water’s mostly piss.” Already pretty great, right? Well David Bowie (well, Merritt’s approximation of Bowie) shows up and it’s a duet. Then Aleister Crowley (in devil voice) shows up and all three sing in unison to end the song.
There’s nothing here that Merritt hasn’t done before but that doesn’t make Partygoing any less enjoyable. Ewen’s keyboard patches are solid and the interplay between Gonson and Merritt is nice. And there’s probably nothing to say about Stephin Merritt as a songwriter that hasn’t already been said (and by more insightful critics than me) so let’s just say that this little detour is more than welcome. It’s good to have a good time. But it’s even better when Merritt is curating the party.
Key Tracks: “Sadder Than The Moon”, “How Very Strange”, “Drink Nothing But Champaign”
Artists With Similar Fire: The Magnetic Fields / The Hidden Cameras / Casiotone For The Painfully Alone
Future Bible Heroes Website
Future Bible Heroes Facebook
Merge Records
-Reviewed by Scot Lade