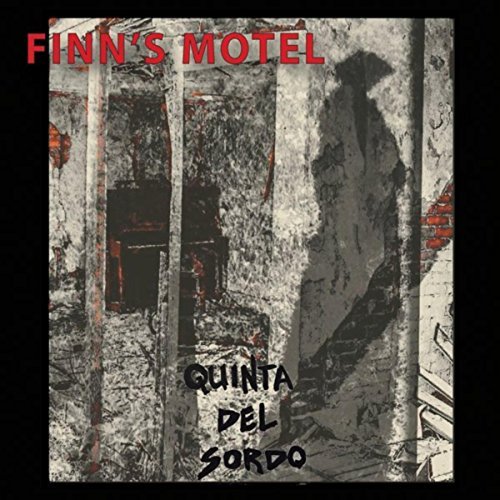 Fire Note Says: St. Louis power pop/rock quartet returns with a second album in a year, with the emphasis on solid songwriting and smart, catchy songs.
Album Review: Finn’s Motel came out of hibernation last year, 12 years after their last full-length recording, with a tour de force testimony to their continued artistic activity, with the self-release of Jupiter Rex. So, color me surprised when another full length effort from songwriter Joe Thebeau and his brothers in arms arrived on my doorstep just six months after the last.
My memory of seeing the Finn Bros. live back in the day, they were playing the St. Louis club scene opening for the likes of Big Fun, Fragile Porcelain Mice, The Urge and The Eyes (later Pale Divine) during a particularly creative period in the live local music scene. Playing alternative rock/power pop originals and covers with influences as varied as Cheap Trick and The Replacements, they developed a headline-sized following, releasing numerous recordings of original music, survived the name change and released their previous album, Escape Velocity, in 2006. In the decade plus that followed, the band played out routinely, but settled into more established employment even as they continued writing music and eventually got around to recording.
Where Jupiter Rex ran the gamut musically, opening with aggressive hard rocking tracks and then offered up some acoustic folk influenced numbers before returning to the business of rock, Quinta del Sordo occupies a comfortable middle ground of melodic power pop that sounds just right alongside Thebeau’s often philosophical lyrics. There’s some ocean sounds and a woman speaking Spanish that gives the album its title, but the essentials here are meat and potatoes guitar/bass/drums rock & roll with solid melodies and sing-along harmonies on the choruses.
Two of the album’s best come early, “Sons of Saturn,” which continues the fascination with the Greek gods from the last album, and “Recurring Dream With Halo’s Glow,” which are fine displays of the band’s crisp interactions around the rhythm section of Steve Scariano on bass and Patrick Hawley on drums, while Thebeau plays guitars with support from Matt Meyer and additional guitars and the string arrangements for “Sleep Well Tonight.”
Elsewhere, we find Thebeau in a more reflective mood in “What’s Truly Known,” which asks the existential question of what we can really know about each other and the meaning in life. Similarly, “Simple Math/The Skin or the Soul” is an effort to escape simplistic reductions and deal with the challenges of life and what matters more concretely. These are not the party anthems of the naïve and youthful innocent, but the wonderings of an adult with an open mind and a desire to touch something deeper.
Finn’s Motel, with two new projects in the last year, are planning to play out of town some this summer, but have a big show in The Lou on Sat. Mar 3 at the Atomic Cowboy, and are looking to gig around the Midwest. Mature rock & roll like this will please a rock fan base, once they get heard, which is more than half the battle.
Key Tracks: “Sons of Saturn” / “Recurring Dream With Halo’s Glow” / “Dissolve to Kite Crash”
Artists With Similar Fire: Big Star / Better Than Ezra / Cheap Trick
Finn’s Motel Website
Finn’s Motel Facebook
– Reviewed by Brian Q. Newcomb

Haley Heynderickx: I Need To Start A Garden [Album Review]