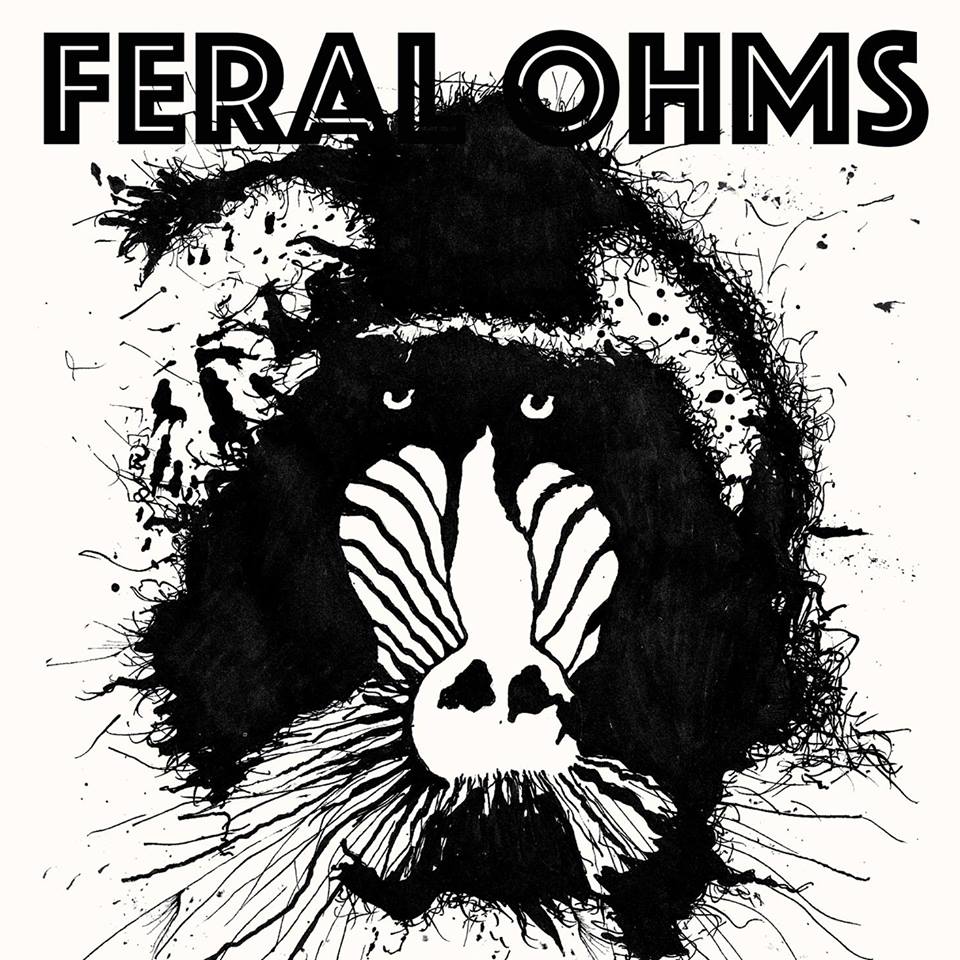 Fire Note Says: The rock Gods are going to enjoy this one!
Album Review: Feral Ohms hail from Oakland, California and you may remember this power trio when we covered their Live In San Francisco release back in January. Now, the band has finally released their much anticipated self-titled studio debut and there is no other way to describe it but as a full-on rock assault.
If you don’t know anything about the band then this out of the gate excellence might be a surprise but Feral Ohms is led by Ethan Miller. Miller is the co-founder of Comets on Fire and is associated with another current under the radar band in the excellent Heron Oblivion (Sub Pop). Feral Ohms of course leans more towards the Comets venom and combines elements of old school punk like The Stooges, Black Flag and MC5 but also contains this super power hard rock of an early Soundgarden to their overall delivery that increases the speaker shaking qualities. The shout out/singing vocals easily blend into the music but Miller’s fiery guitar work is a true highlight as he works the instrument to the extreme on each track. Band members Chris Johnson (drums) and Josh Haynes (bass) fall right into line a give Feral Ohms a full blown muscular sound.
I will tell you that if you loved Live In San Francisco, then hearing the studio cuts plus three more songs are where it is at. In fact, of the new song “Gods Of Nicaragua” is a thunderous Kong of a track that is worth the price of admission by itself. When you combine this with the smoldering guitar solo on a past 7″ b side track, “Sweetbreads,” you grasp the diverse offering of Feral Ohms without ever hearing a drop in the intensity level. That high octane flows continuously from song to song and makes this 26 minutes very hard to forget and 26 minutes you will want to quickly relive. Feral Ohms is a true new face on the rock scene and their self-titled debut should not be dismissed – it should be turned up to the max!
Key Tracks: “Gods Of Nicaragua” / “Love Damage” / “Teenage God Born To Die”
Artists With Similar Fire: The Stooges / Soundgarden / MC5
Feral Ohms Website
Feral Ohms Facebook
Silver Current Records
– Reviewed by Christopher Anthony