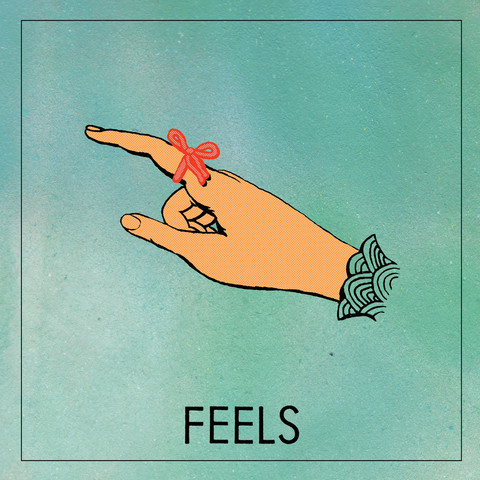 Fire Drill Album Review: Oh how LA can always seem to bring a gritty rock to the scene. That is exactly what we get on the Ty Segall produced debut from FEELS. The four piece from the City of Angels is led by singer Laena Geronimo, that brings a low key focused voice comparable to Kim Deal (Pixies, Breeders), which can not only growl but hit the high notes when she needs to. The album has some different flavors, as it can go post punk one second and another, psychedelic shoegaze. It is an interesting mix that works and kept my ears to the speakers for its quick 30-minute rotation.
One listen to the first track, “Close My Eyes,” will sell you on FEELS, as it not only features Segall on backing vocals but instead of the track winding down – it escalates into a frenzy. During its last minute, FEELS tear it up with scorching guitar, hard hitting drums and pulsing bass that keeps increasing in speed until the song just ends. FEELS record is raw and the band has plenty of room for growth but their debut is a great first shot over the bow!