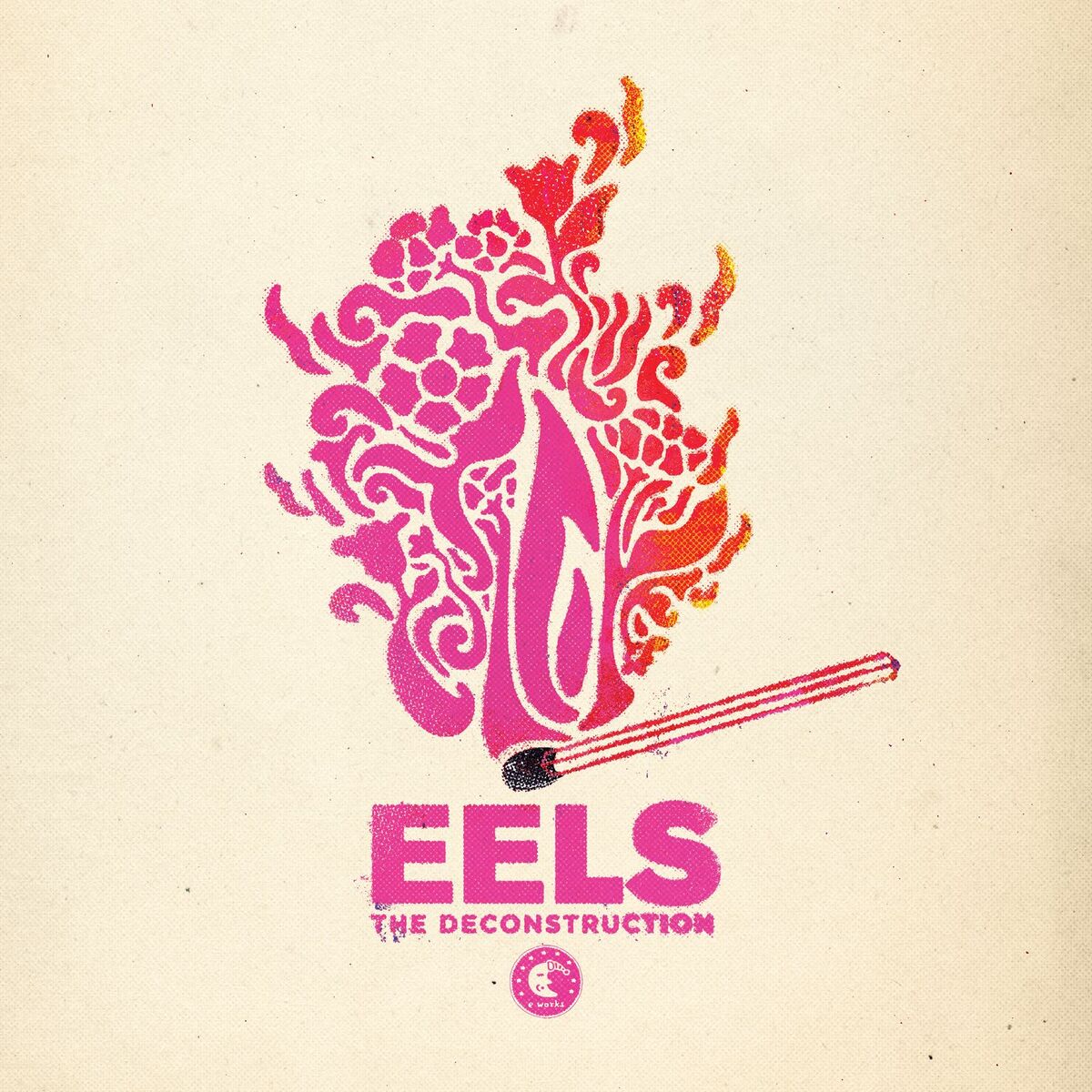 Fire Note Says: The Eels 12th outing.
Album Review: On the 12th Eels album in 22 years, principal singer/songwriter Mark Oliver Everett, known as E, continues a long and lengthy practice of deconstructing the major myths of the American Dream, and the myths and fables of romance, Capitalism and the pursuit of personal meaning. Deconstruction, according to Merriam-Webster, is “a philosophical or critical method which asserts that meanings, metaphysical constructs, and hierarchical oppositions are always rendered unstable by their dependence on ultimately arbitrary signifiers.” The second definition says it’s “the analytic examination of something in order to reveal its inadequacy.”
In other words, most belief systems or relational structures that we hang our lives on are really little more than a house of cards, and all it will take is a stiff wind, or a careless hand and it all comes tumbling down. In literature, Kurt Vonnegut’s “Breakfast of Champions” would be an example of deconstruction; musically you need look no further that recent albums of Radiohead, which disassemble the musical elements that many would suggest define a good rock song, and use loops and alternative instrumentation to explore the expressive possibilities therein, while abandoning external criteria of, say, what would make a strong single, or chart well on pop radio. Or as E expresses in “The Deconstruction,” the title track of the new Eels release, “Nothing changes till you start to break it down,” until “there’s nothing left but little pieces on the floor.”
Of course, this is nothing new for Everett, who has described his upbringing as “ridiculous, sometimes tragic and always unsteady,” in his 2008 autobiography titled, “Things the Grandchildren Should Know,” which is also the title of the final song on his often brilliant 2005 double album, “Blinking Lights and Other Revelations.” Ever since the band’s first modest hit, with “Novocaine for the Soul” from the band’s debut release, “Beautiful Freak” (1996), E has tapped the often painful experiences of his life and his awareness of death, loss, and failed relationships in the lyrics of his songs. He’s been singing the “Rotten World Blues” for most of his career, and often in some of the more creative, off-kilter and compelling electronic and blues influenced alternative pop, and I’m particularly fond of 2003’s “Shootenanny,” 2009’s “Hombre Lobo,” and 2013’s “Wonderful, Glorious,” as well as “Blinking Lights…” 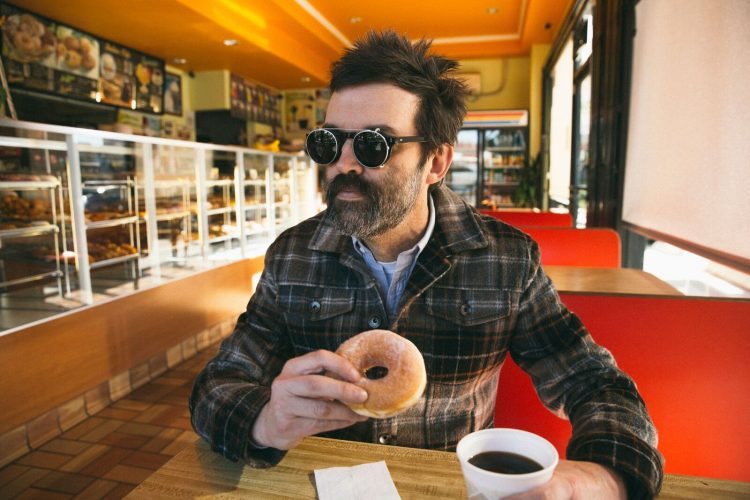 What sets those works, and many other of Everett’s songs, above the pack is smart word craft, and edgy, creative production tricks that keep things sounding fresh… which gets to the challenge any artist has to face with this many albums behind you, how do you avoid repeating yourself, what new sound, new angle can invigorate your art and your audience this time out, because it’s not going to be enough to just offer up more of the same, as Eels do here.
Certainly, there are a couple up-tempo rockers in the mix: “Today Is the Day” and “Bone Dry” work well enough (no surprise that they are the disc’s first two singles), and “You Are My Shining Light” shows up way in the back half of the disc to breath some life to the ballad-heavy offering. And some of them are quite lovely, “Premonition” with it’s poignant observation that “the world can be a real mean place when no one’s got your back” walking the line between the bitter and the sweet, like the love lost song “Sweet Scorched Earth,” “Be Hurt” and “There I Said It,” which all pull on the heart strings and tap Everett’s ever deeper well of melancholy. Which pretty much means that The Deconstruction will find an appreciative audience among those committed Eels fans who have traveled these roads before, but there’s not a lot going on here to attract in new listeners the way the noisier, fun tracks like “Peach Blossom” and the title track did on “Wonderful, Glorious.”
One quite unique element shows up in the final minutes of the album. The disc’s Wikipedia page reports that the 11 songs, as well as four short mostly instrumental pieces, were written at different periods in the four years since the last band album, when Everett went through “a marriage, divorce, and the birth of his first son.” The 49 second lullaby, “Archie Goodnight,” is written for his son, and adds a sweet touch to a record that feels more in line with the losses we meet in life than its promises and possibilities.
Key Tracks: “Today Is the Day” / “Bone Dry” / “You Are the Shining Light”
Artists With Similar Fire: Beck / Blur / Cake
Eels Website
Eels Facebook
[PIAS]