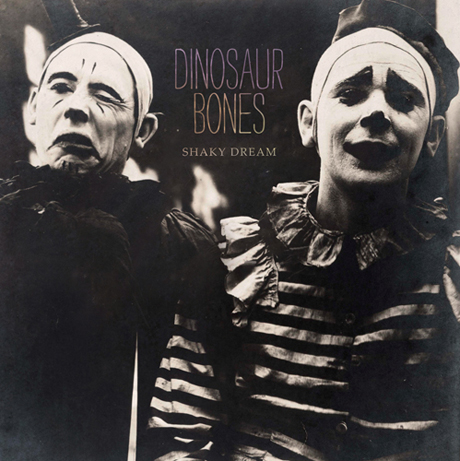 Fire Note Says: Dinosaur Bones provides a soaring post-rock sophomore outing with Shaky Dream.
Album Review: Toronto’s Dinosaur Bones are back with their sophomore record, Shaky Dream, that is filled with a catchy song style of brooding post-rock, memorable hooks and floating instrumental backdrops. All of this expands from their more Radiohead-like debut, My Divider (2011), and develops into a much more unique vehicle for the band that definitely will have a wider audience taking notice.
The opening track “Dreamer’s Song” has a short opening beat before singer Ben Fox croons the line “First thing I saw was a mirage – fading to dust” with a swagger of confidence that settles in as the song slowly builds in the background. Fox has a tone similar to The Strokes Julian Casablancas which stays a consistent tempo here until the swooping layered chorus takes over and transitions into the song’s ever building conclusion. This type of song structure is Shaky Dream’s strength as Dinosaur Bones balances the vocals just above the instruments in a way that feels like each track teeters on what is going on behind the voice but never neglects your attention from the lyrics. “Career Criminal” is another track on the record that uses a propulsive dark pop mood to get under your musical ear and has a sticking ability as it hones in on Fox’s delivery and almost mutes the band for the first three minutes until its last minute of existence features a guitar explosion that completely pays off. 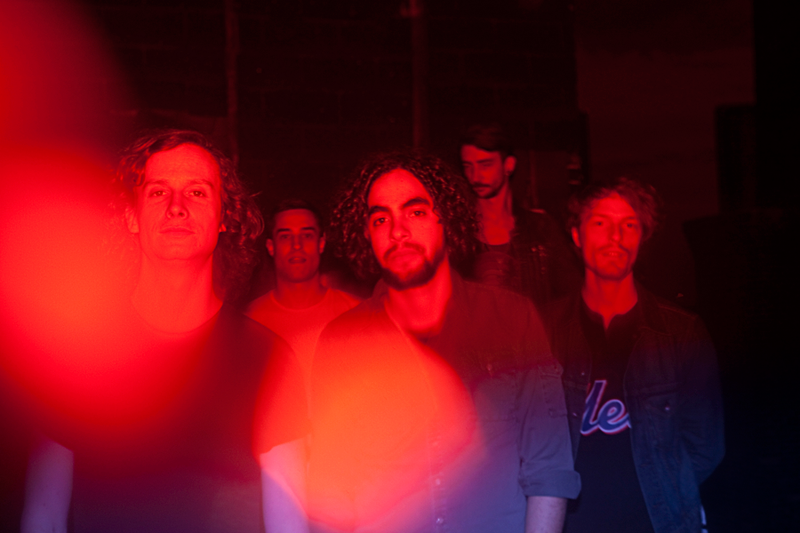 Shaky Dream shows positive progress for Dinosaur Bones and raises the bar for this band as they have real potential to break out. Several of the tracks here have a little redundant factor to them, which for me keeps Shaky Dream from hitting a sweet spot but even those songs are well developed. With a solid sophomore record in the bag, Dinosaur Bones have set themselves in the right place with Shaky Dream and I look forward to hear where they go next because with a little more developing vocal control from Fox and a capable band finding even more of a voice their third record should be fantastic!
Key Tracks: “Dreamer’s Song”, “Sleepsick”, “Pacifist In Camouflage”
Artists With Similar Fire: The Strokes / The Stills / Grizzly Bear
Dinosaur Bones Website
Dinosaur Bones Facebook
Dine Alone Records
-Reviewed by Christopher Anthony