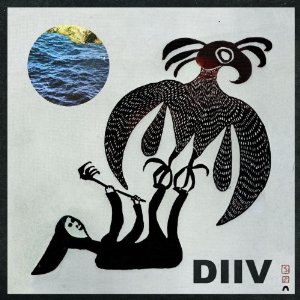 Fire Note Says: The debut from DIIV will be one of the best releases you hear in 2012!
Album Review: Which came first? The music or the lyrics? When it comes to the new band from Beach Fossils touring guitarist Zachary Cole Smith called DIIV it might be a question you have as you are mesmerized by their debut Oshin and find that the two components are so well blended into one unit here that you may just never have an answer.
The above conundrum of course is the beauty and grace of Oshin as each song has an effortless flow of focused and intense guitar work that in a split second is pushed to the next level with its integrated lyrics that ever so slightly hover above the instruments. With that being the case you might think that the lyrics are only a complement to the music but when you peel back the layers you quickly find out that the lyrics are just as intense as the quick stand out guitar strumming that takes place. On the song “Oshin (Subsume)” you get the lyric line “salt makes blood, red with clay, black with mud, fuck the world, alien love” which is all in a neat controlled one beat rhythm that just has the guitar treading along with the line. The ever so pleasant closer “Home” states one line over and over which is “you’ll never have a home until you go home”. The catchy “How Long Have You Known?” also just gives you the one repeated statement of “how long have you known, how long has it shown, forever if ever”. 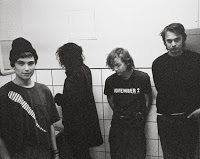 This is the simplistic magic of DIIV as they truly don’t try to win you over with crazy deep lyrics but still can make you think while their musical structure becomes addictive. Oshin is a record that you might hear once and sort of shrug your shoulders but another spin gets you moving along with its rhythm, a third listen brings the lyrics forward and by the fourth play the stars align and Oshin’s 40 minutes represents everything good about indie rock, dream-pop, shoegaze, classic alternative, and tight song structures. DIIV have not only released a debut to remember in Oshin but also one of the best records this year!
Key Tracks: “Past Lives”, “Air Conditioning”, “How Long Have You Known”, “Doused”
Artists With Similar Fire: Real Estate / The Cure / The Drums
DIIV Facebook
Captured Tracks Records
-Reviewed by Christopher Anthony