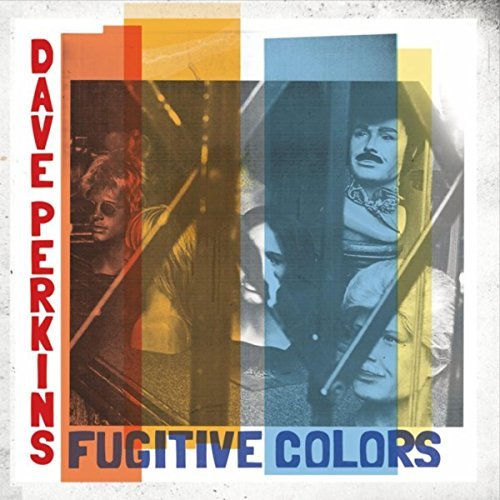 Fire Note Says: Longtime Nashville guitarist sideman, delivers another record of strong songs, and blistering guitar work.
Album Review: The first time I saw Dave Perkins play live was about 30 years ago at a summer music festival and he was promoting his first solo album on What? Records, The Innocence. I remember when his band was called back for an encore, they played a cover of “She Sells Sanctuary” by The Cult, and I fell in love with Perkins’ guitar playing. The guy next to me leaned over during one of his blistering solos and said “man, he’ll re-part your hair with that thing.” I laughed out loud in agreement.
By that time, Perkins had already earned a strong reputation as a support player for a diverse number of singer/songwriters, including country renegades Jerry Jeff Walker, Guy Clark and Buddy Miller, pop icon Carole King, two unique violinists Vassar Clements and Papa John Creach, and host of others. Within a year or two of that solo album, he was playing around Nashville with an alt/rock phenomenon, Chagall Guevara, which unfortunately broke up after only one eponymously titled album.
An in demand session player, Perkins has worked with some of the best, but back in 2009 he released what many have called “a blues rock masterpiece,” Pistol City Holiness, and then recorded and released a soundtrack, Deadline; Music From the Movie, which captured the urban blues and rural South primarily through the tone of his guitar.
For this new release, Fugitive Colors, Perkins has combined some buried recordings made over the last decade, with an emphasis on strong pop & rock songs and great playing from Perkins and his supportive cadre of musician friends, although if you visit listentodaveperkins.com you’ll learn that on the credits for the earliest of these recordings were lost in the Nashville flood of 2010. Thankfully the music survived.
The disc opens with “A Lot of Good Men Gone Down,” written by Perkins when his father had died, but recovered from the vaults after the passing of Guy Clark a few months back. In the credits on his website he acknowledges that he thought about making it more gender inclusive and re-cutting the vocal, except he was fond of the vocals on the original recording. A transplant recipient and cancer survivor who is still in treatment, Perkins voice has gotten more weathered and ragged as the years have progressed, but he still sounds like the seasoned blues player he is.
For that matter, should you check out the Google, you’d learn that Perkins has a Ph.D. and is an Associate Director of the Religions in the Arts and Contemporary Culture at Vanderbilt Divinity School, which may explain the haunting spirituality in “Open Windows,” “Stand” and “The Wind in My Attic,” and the love that sustains one in “Away” and “Nothing but Love,” but perhaps not “Race Cars Run,” which was written as a farewell to poet Charles Bukowski.
Other inspirations include a cross-dresser named Frankie who was a regular shopper at Perkins’ father-in-law’s hardware store (“Perfect As Plastic”), which includes the great line, “It’s hard to be pretty in a town without pity.” “New Jimmy’s” is named after an infamous 1950’s nightclub, but tells the story of a troublesome girlfriend who exits, leaving behind a winning lottery ticket.
Perkins writes big rock songs and strong melodic hooks, with a rich, full production that often features the organ and piano fills of Phil Madiera, the rhythm section from Chagall, drummer Mike Mead and bassist Wade Jaynes, or occasionally either Chris Donahue or Byron House. Other players, like keyboardist Reese Wynans and guitarists Lynn Nichols and Jerry McPherson and other assorted players show up here and there, but as you’d expect this is really about Perkins’ unique way with a song, and ultimately as guitarist.
Key Tracks: “A Lot of Good Men Gone Down” / “Race Cars Run” / “What It Is”
Artists With Similar Fire: Eric Clapton / Phil Madiera / Buddy Miller
Dave Perkins Website
– Reviewed by Brian Q. Newcomb