Dashboard Confessional: All The Truth That I Can Tell [Album Review] 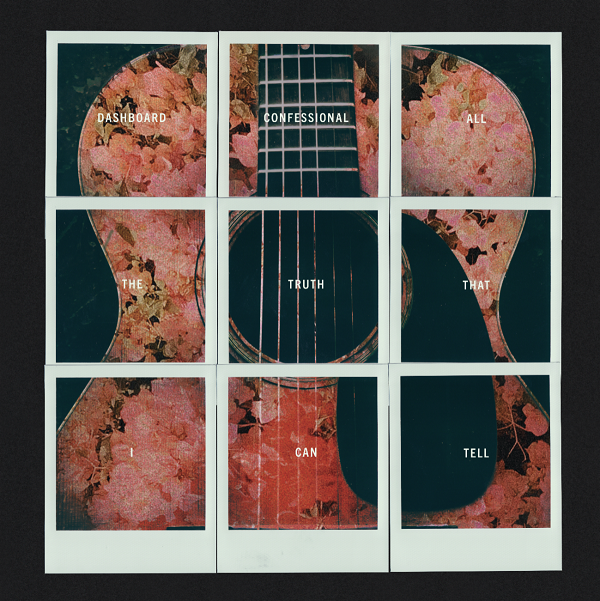 Harlan Howard’s oft repeated description of country music as “three chords and the truth,” has been picked up by artists across the musical spectrum, from U2 and Van Morrison to punk bands who weren’t convinced that third chord was entirely necessary. In “Pain Free in Three Chords,” from Dashboard Confessional’s 9th studio album, Chris Carrabba sings that “Just make sure I give it some/Hard throated melody/Frankly and honestly… It might break me down/But no one’s pain free.” In the 11 tracks of, All The Truth I Can Tell, Carrabba harkens back twenty-two years to the beginning of his solo career where his songs were mostly his voice and acoustic guitar delivering the singer/songwriter vulnerability of songs like “Screaming Infidelities,” even returning to his original producer, James Paul Wisner.

Often described as “Emo,” Carrabba’s Dashboard Confessional followed generations of folk musicians standing on stage with an acoustic guitar sharing their deepest, emotional inner thoughts and feelings in simple songs, whether it was James Taylor and Joni Mitchell or Ani DiFranco, artists have been proverbially opening a vein and wearing their feelings on their sleeves around campfires and on the stages of major venues for at least a century. Still in his twenties back at the beginning, Carrabba won an audience of similarly idealistic youth by describing the struggles and confusion that named the demons of his place and time. Now in his 40’s, he brings a bit more experience and depth to songs like “Here’s to Moving On,” where he practices “letting go,” and “I make some coffee, and I take a shower/And I start to heal.”

“Life is hard,” he sings in “Better of Me,” but in “Me and Mine” Carrabba finds meaning, purpose, and consolation in the intimate relationships of his children and partner. He also remembers the immediacy and when he was “Young,” but he’s still got “the same damn burning heart,” as he sings in “Burning Heart,” and while he’s got “some stories I would like to tell, but I’ve sworn myself to secrecy,” Carrabba still shares All The Truth I Can Tell. Dashboard Confessional’s 9th album continues to support this singer/songwriter notion that creates community around shared experiences, and the right words and melody to express the feelings we all share. Carrabba’s supportive musicians add just enough musical support to keep things interesting, but the focus consistently stays on his songs and the feelings and experiences they convey. Long-time fans will appreciate that he continues to put their shared experience into words and music that sings out loud their truth.