Dan Luke And The Raid: Out Of The Blue [Album Review] 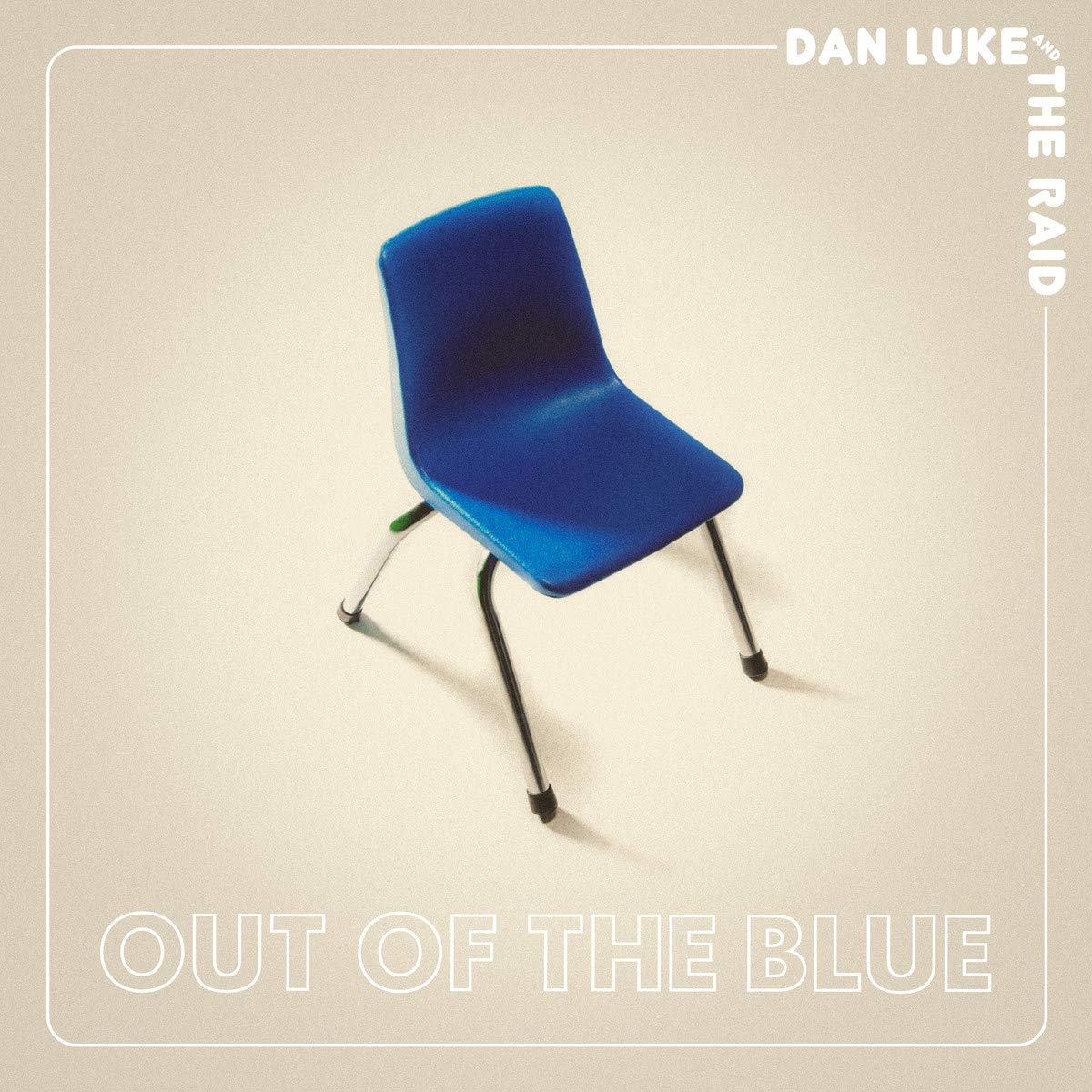 Album Review: I knew I wanted to review the debut album by Dan Luke and the Raid when I first caught their “Exoskeleton” video in a random moment online. Something about these twenty year olds having their way with a couple piñatas and the music’s back-to-basics rock essentials made a connection. But it was only after a few listens of this elemental rock effort, that I googled the band’s bio and realized there was a relational rock star connection. Turns out Daniel Lucas Shultz, the band’s leader and principal songwriter is the little brother of Brad and Matt Schultz of the band Cage the Elephant, who released the impressive Social Cues album, and then hit the tour on one of the summer’s strongest line-ups, co-headlining with Beck, and with special guest Spoon.
While Out of the Blue was produced by Brad Schultz, guitarist with Cage, the album retains that sense of four guys from Kentucky playing rock & roll in the garage on the weekends that attempts to make sense of their necessary transition from high school punks to something resembling an adult existence. Thus, lots of songs about partying, and recovering from the effects of partying a bit too hard, and maybe a tribute to the pin-up poster girl your big brothers left behind (“Farrah Mantra”) and a fantasy about a Power Rangers villainess (“Rita Repulsa”).
All the essential rock inspirations are apparent, whether it’s The Beatles, Velvet Underground or The Strokes. “Black Cat Heavy Metal” is a rock party anthem, while “Disco Is As Disco Does” finds the quartet drawing a line in the sand that they won’t cross. And while the record was recorded last winter and the band’s original foursome made a strong appearance last Spring at SXSW, the Austin music festival known for breaking new bands (check out this live video), the set’s closing track “Last Goodbyes” pre-saged a tragedy that struck the band over the summer, when guitarist Dylan Graves was killed in a work related accident. The band’s videos for “Exoskeleton” and “Fool” were filmed with the remaining trio, Schultz, bassist Anthony Joiner, and drummer Kendrick Don-Reid Brent, and the band’s bio suggests they are already at work recording new music and figuring out how to go forward as a band.
Famous siblings and tragedy aside, Dan Luke and the Raid’s debut is a fine collections of fun, innocent rock songs. “Money Mouth” finds the band’s two guitarists exploring double leads, there’s a lot of energy and creativity at work here. There’s enough self-awareness present to flirt with some irony about living in one’s teenage “Golden Age,” and to wonder out loud if some of their problems come from, I don’t know, “Maybe It’s the Drugs.” Out of the Blue is a solid, musically promising debut, from a band ready to leave behind playing basement keggers and step onto the national stage.
Key Tracks: “Exoskeleton” / “Fool” / “Money Mouth”
Artists With Similar Fire: Car Seat Headrest / The Strokes / Cage the Elephant
Dan Luke And The Raid Website
Dan Luke And The Raid Facebook
New West Records
– Reviewed by Brian Q. Newcomb