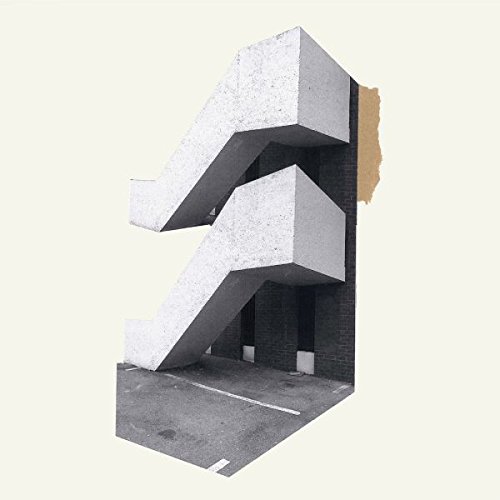 Fire Note Says: Damien Jurado continues to enchant with his latest effort.
Album Review: Damien Jurado has released 17 albums in 21 years – the man is prolific. With such a body of work to look back to, there are common sounds and themes that you notice throughout his work. That being said, it is impressive how the Seattle singer-songwriter goes in new directions with seeming effortlessness. His newest album, The Horizon Just Laughed, ditches the psychedelic influences of the past five years to adopt a more straightforward, heartfelt sound.
The spare “Over Rainbows and Rainier” is the showstopper of the LP’s eleven tracks. Its four minutes rush by, initially filled with only Jurado’s shaky vocals and his guitar. Full of apocalyptic references and a desire for the comforts and hope of home, haunting backing vocals are gradually introduced. The song adds other elements (strings, horns) that do not overpower the lyrics and the guitar. It’s not necessarily a singalong – it’s raw and lovely and melancholy, encompassing the feel of the album in one track.
Jurado embraces a folksy lounge singer persona on much of The Horizon Just Laughed. Keyboards, drums, strings, and guitars never seem to be in a particular hurry. This unifies the album, as does the songwriting. Jurado, after 17 albums, relies on some obscure references (including the angel Moroni, Garrett Morgan, and the TV show Flo, which is not about the Progressive spokesperson) to tell his stories which can make it difficult to connect to the material. He has a way of delivering vocals so that it doesn’t matter what he is saying most of the time. You can tell what he means – probably.
Due to these references and the overall opaqueness of Jurado’s stories, connecting with the album is done on a purely sonic level. That limits the impact it has, although it is a deep pleasure to listen to back to front. Also, the album lacks a track with the energy that would help it stand out in a bigger playlist. It is meant to be listened to as a whole, and Jurado made the album digitally unavailable for two months after its release. Commit 37 minutes to The Horizon Just Laughed and you’ll no doubt enjoy the journey with Damien Jurado.
Key Tracks: “Over Rainbows and Rainier” / “The Last Great Washington State” / “Allocate”
Artists With Similar Fire: Sufjan Stevens / Father John Misty / Sharon van Etten
Damien Jurado Website
Damien Jurado Facebook
Secretly Canadian
– Reviewed by Matthew Heiner

Closer You Are Book Giveaway: Biography of Robert Pollard