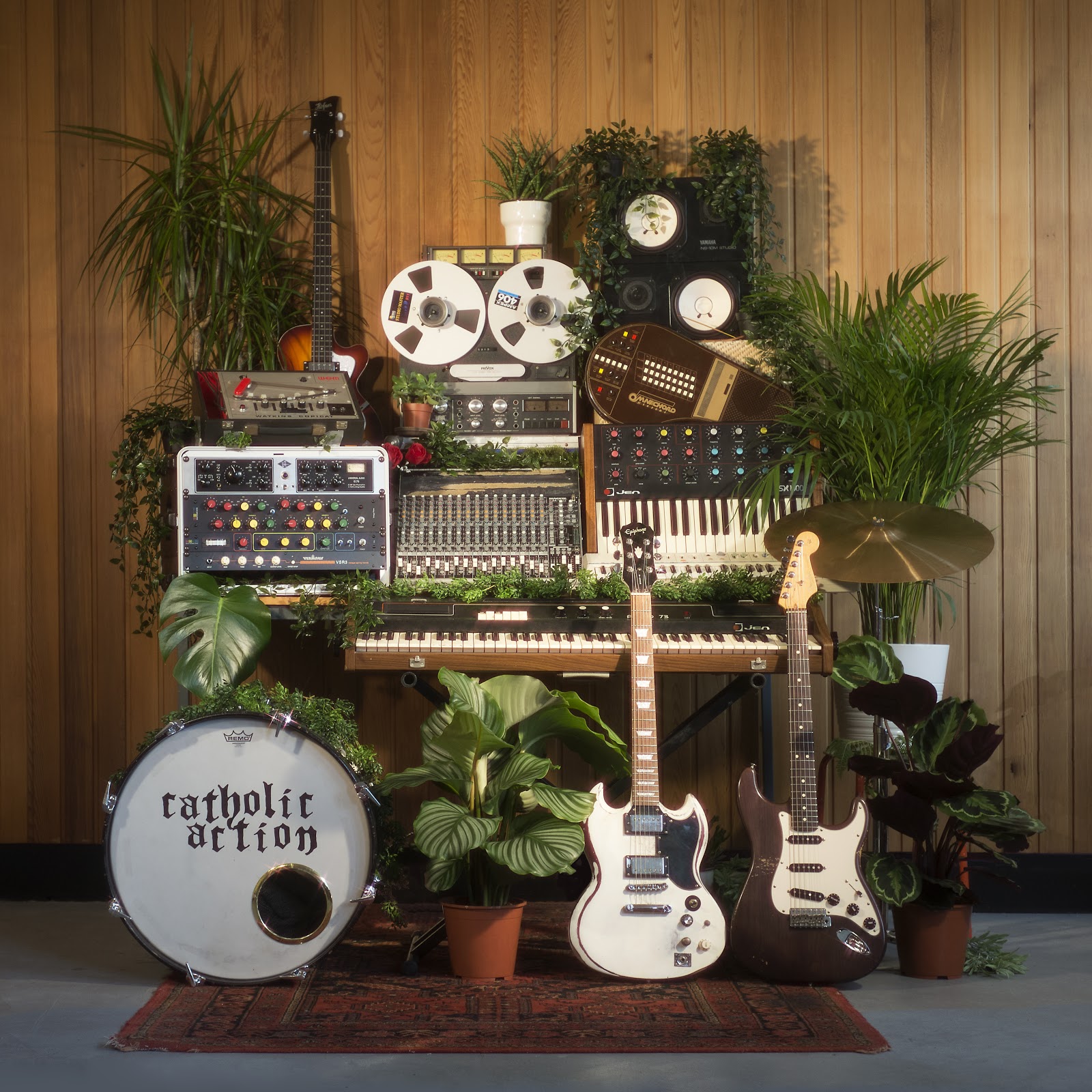 There is something rejuvenating about Glasgow’s Catholic Action and their style of guitar rock. On their sophomore album, Celebrated By Strangers, the band extends their more guitar driven debut with some synthesizers and finding more of a beat that is very in line with fellow Glaswegians Franz Ferdinand.

Right from the opening song, “Grange Hell (South London In D),” you will hear the guitar mix with a bouncy harmony driven chorus that is catchy and memorable. It also happens that Catholic Action are not shy from including political charged lyrics that will make you think while the riffs will keep you in a groove.

What I like about this band is that they didn’t let the synthesizers run wild here or try and incorporate a bunch of new ideas into Celebrated By Strangers. Instead, they expanded their formula while still offering up a bunch of T. Rex style guitar riffs, Clash like rhythms, and several sharp Devo type vocal deliveries. The conclusion is a fun and moving album that keeps things fresh and captures that early Franz Ferdinand spirit that never lets off the gas.

Diet Cig: Do You Wonder About Me? [Album Review]