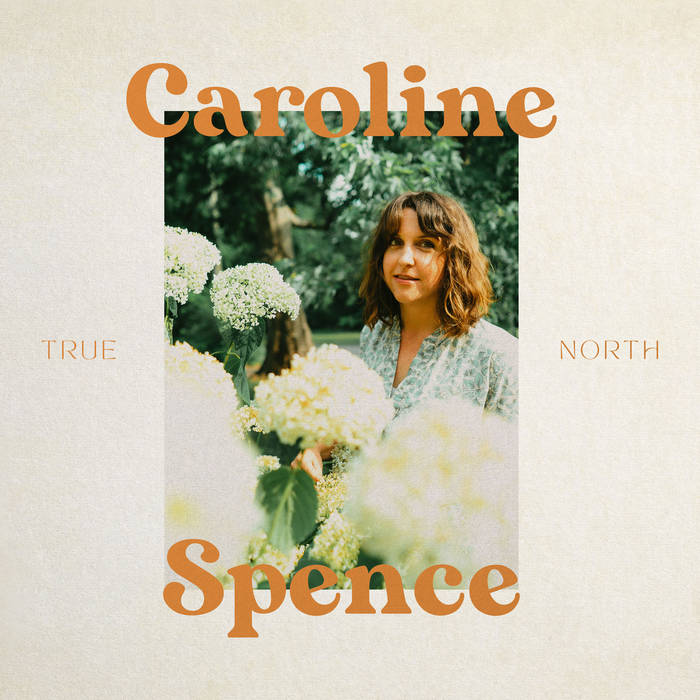 Virginia native, Caroline Spence did what any Americana singer/songwriter would do after winning the American Songwriter Lyric Contest and additional accolades at the Kerrville Folk Festville in 2014, she moved to Nashville and began making records for the Rounder label. Her 2017 release, Spades & Roses, won her comparisons to Patty Griffin and Emmylou Harris, and the later sang with her on the title track of her 2019 album, Mint Condition. Produced here on True North by multi-instrumentalist Jordan Lehning, Spence delivers her literate songwriting in a way that emphasizes Spence’s voice and her song’s relaxed, organic melodies. He adds just enough of Spencer Cullum’s steel guitar to tracks like “Blue Sky Rain” and “Scale These Walls” to win the singer some country listeners, but let’s “Walk The Walk” strut a little, the pop “Clean Getaway” make a run for it, and the alt/rock “Icarus” fly a little too close to the sky.

But there’s a poetic heart at work here, and Spence’s careful language choices make her storytelling all the more pleasing. In “Mary Oliver,” a tribute to the late, great “Wild Geese” poet, Spence sings of the Pulitzer Prize winner who often wrote her reflections on natural beauty of the world around her, that “I’ve been playing at the church of Mary Oliver/Yeah, I’m trying to know myself and love all of her/I’m finding wonder in the hyacinths.” And, as is often said of confessional songwriters, Spence’s lesson is to aspire to be “a heart on a sleeve.” In the album’s last song, “There’s Always Room,” Spence answers a question from one of Oliver’s best-known poems, “The Summer Day.” She sings, “I know I get one wild and precious life/I read it in the poems I treat as scripture,” even as she owns the lesson taught by grief: “Pain is just love with nowhere to go.”

In the lovely cello drenched “The Gift,” Spence sings another piece of Zen-like wisdom that “Time” is “the only thing worth spending in the end/It’s the present, that’s the gift.” Curiously, one of Spence’s most attractive ballads here, “I Know You Know Me,” appears twice, one earlier version was a duet with The National’s Matt Berringer, but a second solo version was released originally with the album. The lovely string accompaniment is pleasant on both versions, but Berringer’s presence adds a level of emotional heft that benefits the song. True North is another solid collection of songs from the thoughtful, satisfying voice of Caroline Spence.

Turnover – “Myself In The Way (feat. Brendan Yates)” [Video]