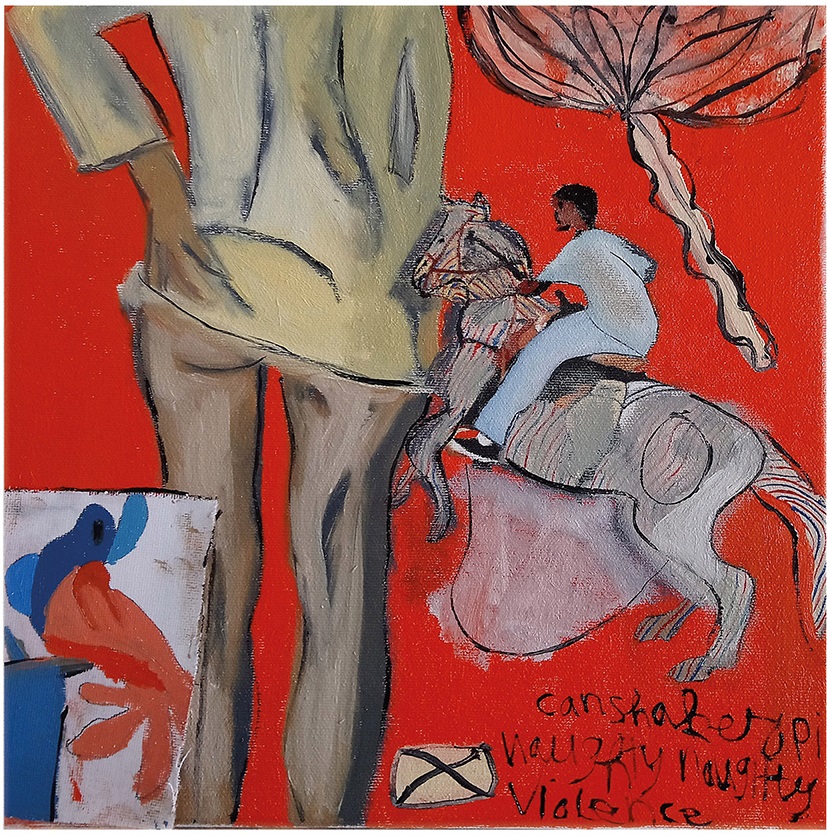 Who: Having spent the last few years supporting artists such as Car Seat Headrest, Parquet Courts and the Cribs, Amsterdam-based rock quartet Canshaker Pi have released their sophomore record, Naughty Naughty Violence.
Sound: Blistering indie rock that fits in with Parquet Courts while bringing back memories of the 90’s heyday with a sound similar to Pavement, Sebadoh and Modest Mouse.
TFN Final Take: Canshaker Pi’s new record, Naughty Naughty Violence is a 35-minute throwback indie rocker that will have you on the edge of your volume dial. The band’s 2016 self-titled debut was produced by Stephen Malkmus, which was a rightful fit and the band has carried that torch to another level here. With a lead vocal that is a familiar mix of A. Savage (Parquet Courts), Tim DeLaughter (Polyphonic Spree, Tripping Daisy) and Stephen Malkmus, Canshaker Pi have the quirky and catchy delivery down to a tee as they surround themselves in punchy guitars and perfectly timed drums. There are plenty of tracks to enjoy here like “No Sack, No Way” which has a playful layered background vocal while “Put A Record Out” and “Smurf” have big sprawling guitar moments that create a stirring blitz in your head. Overall, Canshaker Pi are a band that have come into their own on Naughty Naughty Violence and it is refreshing to know that indie rock is still alive and well in other parts of the world!
Canshaker Pi Website
Canshaker Pi Facebook
Excelsior Recordings
– Reviewed by Thomas Wilde