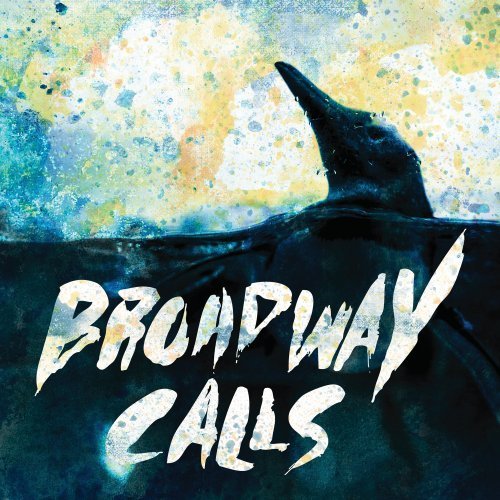 Fire Note Says: Broadway Calls are one of leaders in the current punk pop genre and Comfort/Distraction firmly holds their place at the top!
Album Review: I remember back in the mid-90’s when punk pop was around every corner and soared on mainstream rock radio. It was simpler then and bands like Blink 182, Face To Face and Green Day all had the spotlight which opened the doors for smaller bands to get noticed like The Mr. T Experience, Down By Law, and MxPx . Fast-forward to 2013 and the genre still lives on with Rainier, OR band Broadway Calls.
Comfort/Distraction picks right up where their excellent previous outing Good Views, Bad News (2009) left off as it features tight chords, sharp lyrics and big memorable choruses. Lead singer Ty Vaughn once again brings his throaty vocals to the front as each word has true energy and sweat behind it. This emotion pushes some of the straightforward arrangements here up a notch. On one of the best tracks, “Open Letter”, Broadway Calls brings a speedy instrument muscle that highlights why this group is currently one of the best punk pop bands out there today as the track never lets down with its driving rhythm and catchy lyrics. What also makes the track stand out is that it weirdly is minus a big chorus that is somewhat standard in the traditional songwriting format for Broadway Calls and “Open Letter” is better for it. Another album highlight is “Surrounded By Ghosts” which falls into a more standard form as it has a big sing along hook but once again intensely works Vaughn’s voice with its quick tempo changes and he totally stands up to the challenge. There is also the excellent all out 1:45 punk attack of “Life Is Rhythm” which once again shows you that Broadway Calls is a punk band first and foremost.

Recorded at the legendary Blasting Room in Ft. Collins with producer Bill Stevenson (NOFX, Rise Against, Descendents), Comfort/Distraction never will let Broadway Call’s fans down with its continued punk anthems. I don’t think the album quite lives up to the strength of Good Views, Bad News because Comfort/Distraction contains more mid-tempo paced numbers which are not bad but do make this record feel a bit more normal than exceptional. Don’t get me wrong, if Green Day would have recorded this album we would be calling it one of the best of the year already but the point is, Broadway Calls are good because they don’t take the easy road, and even on some of these “slower” tracks the band still retains their edge. I am sure that it will still take time for the punk-pop genre to return to the main stage but as long as Broadway Calls keep releasing “real” albums like Comfort/Distraction it most certainly can happen sooner than later!
Key Tracks: “Open Letter”, “Life Is Rhythm”, “Surrounded By Ghosts”
Artists With Similar Fire: Less Than Jake / The Menzingers / Bracket
Broadway Calls Facebook
No Sleep Records
-Reviewed by Christopher Anthony