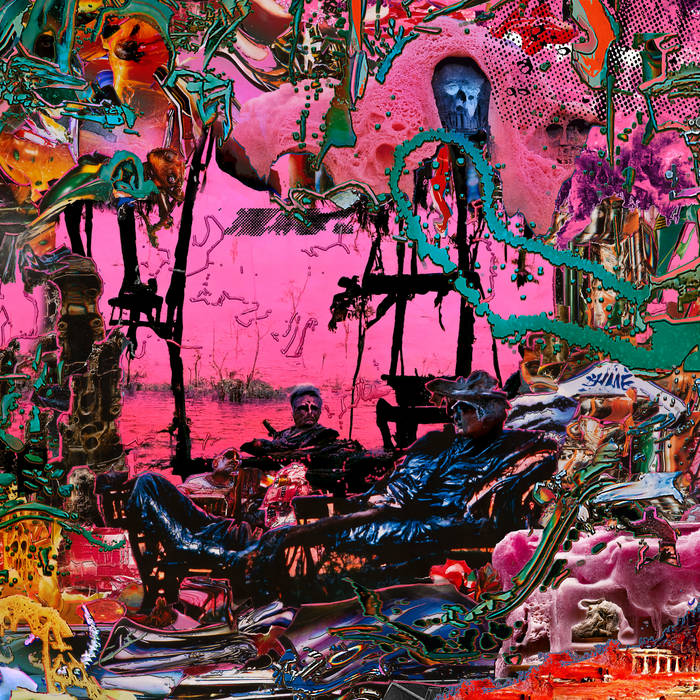 Written in isolation in London after the release of last year’s Cavalcade, Hellfire (black midi’s third LP) continues to expand and build on the elements found in its predecessor, while also reaching back and tapping into the muscular strength on their debut, Schlagenheim (2019). This progression forward has created another musical journey from black midi that ranges from chaotic to surreal.

It is really easy to tag Hellfire as pretentious (because it kinda is), but I feel anyone labeling black midi has lost some touch with their own musical reality in 2022. Schlagenheim was a complete fresh experience and monumental spotlight for a new era of post punk. black midi continue to push the same boundaries today as they bring together angular jazz and theatrical expression into a bigger canvas that is Hellfire. In fact, listening to the closer “27 Questions,” front man Geordie Greep channels a Freddie Mercury type of showman persona that was highlighted on Queen’s last studio album with singles “Innuendo” and “I’m Going Slightly Mad.” This bigger personality drives the record. From the radio promotion interlude of mid track “Half Time,” which spotlights the Orange Tree Boys (alter ego band of black midi), to the super fire manic breakouts during “Sugar/Tzu,” black midi never hit pause on Hellfire. That for me is what makes this album entertaining. I also think it flows better overall compared to Cavalcade as the burst-out guitar flex moments really work on this album.

At this point, I think you ask yourself some questions. Does black midi take themselves seriously here? Yes. They are a young band that you can just hear their joy for music in these tunes and I believe they are always ready to go to the “next thing.” That same carefree attitude comes across in their live show as well, so I think it is good they don’t lose that vibe in the studio. Pretentious? No. Don’t mistake confidence for pretentiousness. Edgy? Absolutely. black midi has already proven they will challenge their fans on every release. Sustainable? black midi’s music is complex and can go many different directions. The band creates layers after layers and their musicianship is only getting stronger. Their willingness to challenge is within every track on Hellfire as black midi consistently walks the line bordering sanity and madness. The best advice is just to sit back and straddle that line with them!