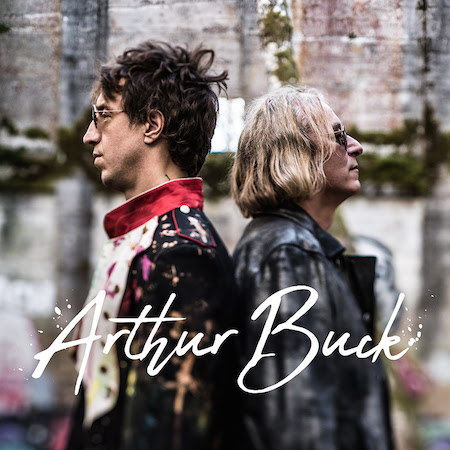 Fire Note Says: Singer/songwriter Joseph Arthur and R.E.M.’s Peter Buck create a particularly relevant and meaningful artistic effort.
Album Review: According to the bio on the artist website, the collaboration of singer/songwriter Joseph Arthur and former R.E.M. guitarist Peter Buck has been organic and spontaneous from the get-go. Arthur, with over a dozen solo albums to his credit as well as a collaboration with Ben Harper and George’s son, Dhani Harrison in Fistful of Mercy, reportedly dropped by Buck’s Mexico home to retrieve a dobro that had been accidentally left behind when playing Buck’s Todos Santos Music Festival, which led to a few productive jams where songs sprang to life. The two roughed out the songs in Buck’s Portland, OR, studio, with Buck playing guitars and some piano, Arthur generating rhythm loops and beats, then taking the results back to his Brooklyn studio to produce the final results, with an assist mix from Tchad Blake, who’s worked on records by… well, everybody, and mixed Arthur’s 2000 T Bone Burnett produced release, Come to Where I’m From.
The result is smart, catchy modern pop album, that resonates with both artists’ previous artistic and commercial triumphs, without aping them. The album opens with Buck playing an acoustic guitar intro that will recall R.E.M., but his strongest contribution is felt in the subtle acoustic chord changes that define the melodies throughout, and the vintage electric guitar sound in solos on tracks like “Are You Electrified” and “The Wanderer,” or that feedback E-bow sound that adds the ominous background to “Can’t Make It Without You.”
But, both sonically and structurally, this feels more like a Joseph Arthur project than something Buck has been associated with since the end of R.E.M. You will recall that besides his multi-platinum selling act, Buck has been a regular participant in The Minus 5, where he plays alongside Scott McCaughey who was a support musician with R.E.M. on the road, and collaborated further in Tuatara, the pair co-produced on Alejandro Escovedo’s 2016 album, Burn Something Beautiful, and the band Filthy Friends, with vocalist Corin Tucker, who released their debut last year, Invitation, all of which tend to favor a full-on live rock band sound. 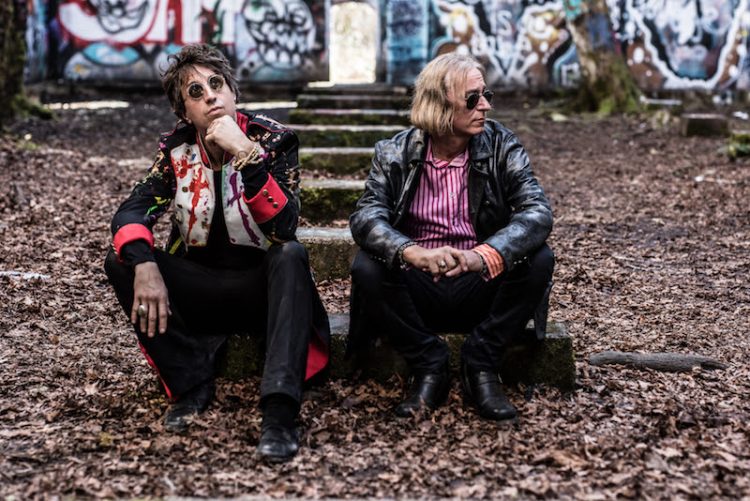 Arthur Buck feels far more a piece with more of Arthur’s past work, although Buck’s playing is essential to the song’s basic musicality, as heard in the acoustic guitar parts on “Forever Falling” and “Before Your Love Is Gone.” But it’s Arthur’s strong baritone that brings the melodies to life, and his poetic sensibility that is given voice in the songs, along with the strong dependence on studio tricks, bells and whistles to bring the full musical picture into focus.
Lyrically, the songs capture the cultural tensions of our era which “American Century” describes as a “civil war,” but they struggle to point in the direction of hope and action, like in “Wide Awake In November,” which is very clearly a call to the “woke” to “remember your sweetest mistake” and no doubt vote to correct it in the November mid-terms. Other themes from Arthur’s past catalog appear in references to the spiritual dimension in life with the call to “open up your third eye and stop being insane,” as well as mentions of addiction and recovery. In the song “Forever Falling,” his insights come straight out of the AA handbook: “you’re much more than your weakness,” and “you’re only as sick as your secrets.”
So while they don’t turn a blind eye to the challenging political reality and the darkness it represents, there is an attempt to keep things positive by offering a hopeful solution, because as they say in “Are You Electrified?,” “it’s about time to make this world a better place.” In “If You Wake Up In Time,” the difficulty is one who “hate(s) almost everything… holding hostage my peace of mind,” but the solution is love that can “save your life, if you wake up in time.” So the theme throughout is getting woke, while warning in “American Century,” to not “become a land we live to regret,” before asking “Where’s the revolution?”
Emma Goldman famously once said, “If I can’t dance, I don’t want to be a part of your revolution,” and Arthur Buck has followed suit, creating a pop/rock album with a backbeat and a heart for revolution. Arthur’s melodies have a contagious, almost Gospel feel, when supported by a female backing chorus on “Wake Up In Time” and “American Century,” and the sing-along choruses at the heart of each track. It’s a particularly relevant and meaningful artistic effort in this time that can feel like the new dark age.
Key Tracks: “Are You Electrified?” / “I Am The Moment” / “American Century”
Artists With Similar Fire: Alejandro Escovedo / The Eels / Andrew Bird
Arthur Buck Website
New West Records
– Reviewed by Brian Q. Newcomb