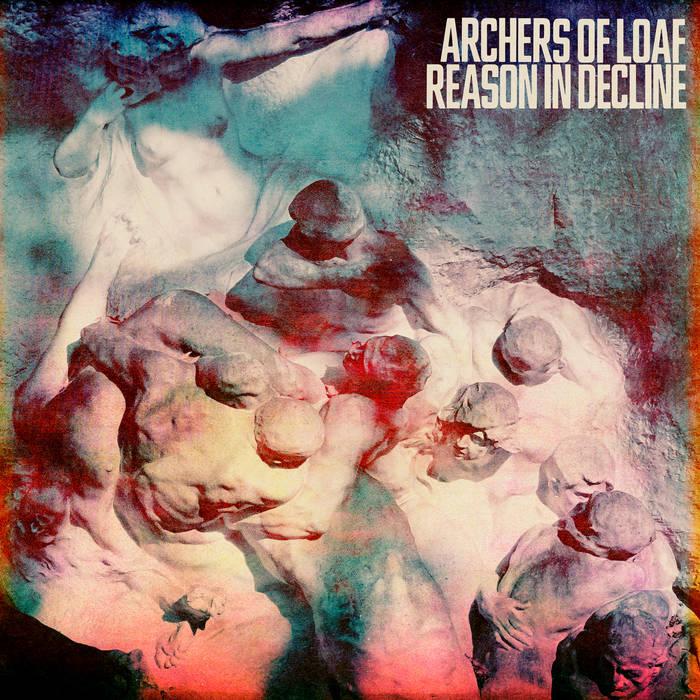 I know that I was not alone in my excitement when I heard that the original four members of Archers Of Loaf reunited and made a new album, Reason In Decline. It has been 24 years since this band released White Trash Heroes (1998), so I think the expectation that we would hear the same AoF behind the instruments and bring the same 90’s angst was unrealistic. Just think what you were doing 24 years ago. I guarantee things are a bit different for you today.

The same can be said for Archers Of Loaf. The biggest difference you will hear immediately on Reason In Decline is the forceful almost cracking vocal delivery of singer Eric Bachmann, that you probably identified with in the past, is not present on these ten tracks. If you picked up any of his solo albums or his post AoF band Crooked Fingers, you know that Bachmann has a fine singing voice. He embraces it again on Reason In Decline. To compliment Bachmann’s vocals the band slides right in line as these compositions bring the guitar strength but don’t have the indie rock noise and feedback that Archers Of Loaf’s earlier releases contained.

Plenty of longtime fans have already expressed some disappointment with the more “mature” approach here but honestly every track on the record has a solid replay value. The story telling, the chord changes and the muscular riffs are all top quality and really do make Reason In Decline’s 36-minute runtime satisfying. This is truly a record of a band getting back together and enjoying the art of making music with friends. Reason In Decline is worth your listen as it has good credible song structures and the tracks absolutely will sit nicely next to all of those Archer Of Loaf classics when they hit the stage live!