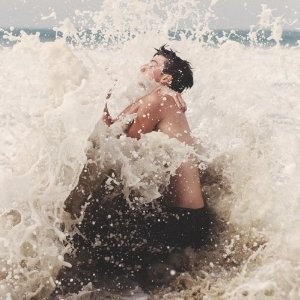 Fire Note Says: Anberlin makes good on their promise to deliver their most aggressive record.
Album Review: I’ve been listening to Anberlin for a few years now, ever since New Surrender [2008] dropped. Needless to say, I’ve been eagerly anticipating Vital, their seventh studio record. In June, frontman Stephen Christian said that this album would be their “most aggressive to date.” I feel they’ve made good on that claim. Now, that isn’t to say that every track is a heavy, ear-bending construction. “Innocent,” for example is an extremely mellow song, featuring mainly synthesized instrumentation reminiscent of 80’s pop (only, you know, good), over which Christian’s melodic vocals soar. But the majority of the tracks do take on a dark edge that was prominent on many of the tracks on Cities [2007].
“Self-Starter,” the album’s lead single, kicks off the album with a heart-pounding melody that I think can only be accurately described as “alternative dance metal.” The opening and chorus riffs to “Desires” is possibly the heaviest guitar work the band has recorded thus far. The album actually features quite a few electronic elements, a style they had worked with previously to some degree, though it seems more prevalent on Vital. “Other Side” features a haunting keyboard melody that floats above the heavy guitars, and “Someone Anyone” begins with a synthesized intro, which is later mimicked by the guitars.
So the question to which I’m sure everyone is dying to receive an answer is: does the album stand up to their impressive back catalog? I’d say that, while the record is very good, it’s not great. It’s on the same caliber as New Surrender: it features a few really strong, really impressive songs, but some of the other songs fall a little flat. Whether you’ve been a fan for a while, or if this is your first introduction to the band, you’ll enjoy the record, but it isn’t quite their best effort to date.
Key Tracks: “Orpheum” / “Other Side” / “Modern Age”
Artists With Similar Fire: Funeral for a Friend / Lostprophets / Neon Trees
Anberlin Website
Anberlin Facebook
Universal Republic Records
– Reviewed by Christian Yates